My first thought on gripping the controller was that they didn’t quite get the profile of the controller right. The angular design and added weight of the battery pack, threw me off a little, along with the L2 and R2 buttons being converted into trigger switches. This is the only area that I have serious issues with the controller. It just didn’t fit very nicely in my hand. 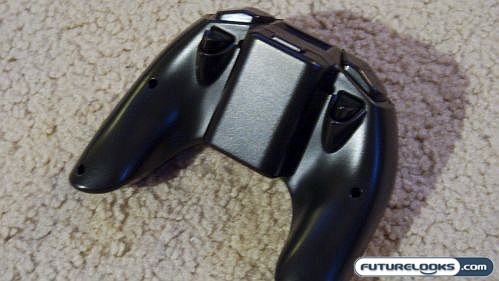 Unlike the PS2 or Xbox 360’s first party controllers, the ZERO felt like there is space between your hand and the controller where there shouldn’t be. You can get a good grip on it, but it puts your hand in an awkward position. While more space was made on the grip, it felt like all the buttons along with the D-pad were all pushed up a little too much and squashed together. For the gamers with large hands, and even longer fingers this slight change in controls could be quite frustrating 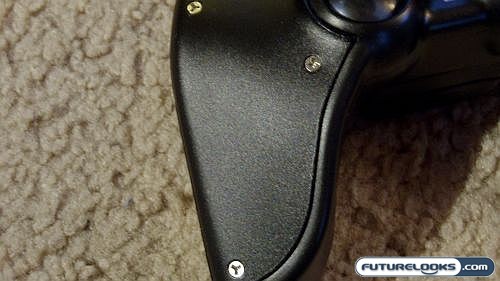 What I found nice about the metal covers was that it didn’t just make the controller look oh so sleek and stylish. The cool feel from these metal covers also kept the heat down and your hands from sweating profusely. Afterall, slippery hands can mean lower scores and an Epic Fail.

Battery Life and everything in between

A wireless controller is only as good as the battery pack supporting it. I found that after my first gaming session with it, I had to start charging the batter more and more. After taking a peek into the manual, and reading that the LED blinker should stop blinking when the battery is charged after about thirty minutes, I plugged the controller into my PS2, and left it on for the night. Low and behold in the morning, the LED blinker was still blinking, and the controller was in fact hardly charged. Hmm… 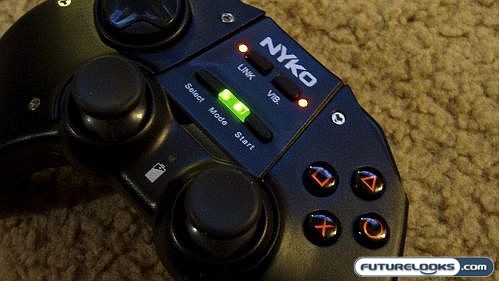 The small LED indicator light to show when the battery is starting to die is a nice touch. What’s even nicer is the included AA battery holder that lets you substitute in regular batteries to keep the game going. I did find it strange that nowhere in the instruction manual does it explain what the mode button does. After perusing the NYKO site and going over the manual several times, I had to resort to just pushing it to see if it did anything to the operation of the controller. Sadly, it didn’t seem to do anything. Along with the mysterious MODE button i found that the D-Pad NYKO chose to use for this controller, just didn’t feel right. Call me old school, but I liked the old D-Pad more, with its individual buttons. This new one just feels cheap, and it doesn’t help that this new singular D-pad button can rotate a bit off to the side for no reason.