At CES 2015, Corsair announced a slew of brand new products, including a new hydro series cooler called the H110i GT, which can be argued as one of the best looking all-in-one units to ever land in PC DIY enthusiast hands.  The Corsair Hydro series welcomes too more members to this good looking family with the new H100i GTX and the H80i GT.

The Corsair Hydro H100i GTX is, as you can see, is equipped with a 240mm radiator and is equipped with a pair of SP120L PWM 120mm fans. It uses their new cold plate and pump design, which has a customizable plate, that can be switched out for a quick color change. A cover on the radiator can also be replaced, allowing you full color coordination. 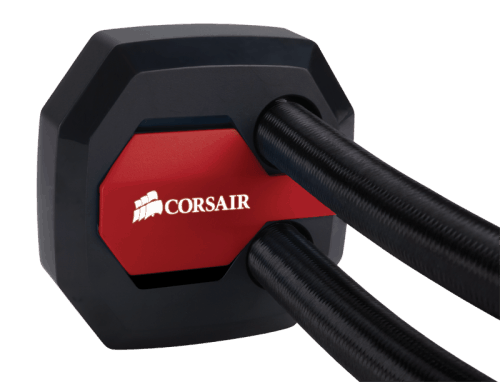 If that’s not enough customization, the system is equipped RGB LED backlighting, which can be controlled through the Corsair Link software, which also allows monitoring and customization of fan behavior. 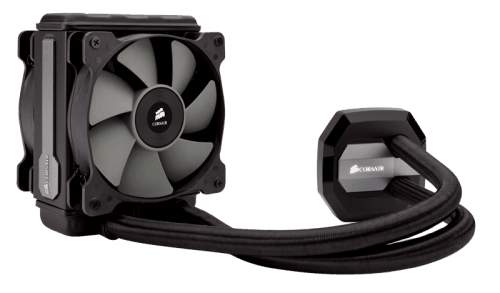 The Corsair Hydro H80i GT uses a thicker 120mm radiator, and a pair of SP120L PWM fans in a push/pull configuration. It too features the replaceable color plates and has RGB LED lighting effects, with the help of the Corsair link software.

Both coolers will feature a 5 year warranty, and will feature support for Intel LGA 115x, 1366, 2011 and AMD AM2, AM3, FM1, FM2 sockets. Both of them feature modular tool-free mounting, to speed up your install times, so you can get going quicker. See how quick it is right here.

As some of you eagle eyed viewers can see, it’s not exactly “tool-free” as you still need a screwdriver to tighten things down. But you can also see how easy it is to install, compared to methods that were previously available.

The Hydro Series H100i GTX incorporates a 240mm radiator while the more compact H80i GT uses a 120mm “double thick” radiator. Both feature high pressure SP120L PWM fans that can be easily controlled through Corsair Link software. The coolers also have a striking new look with logo inserts on the block and radiator in addition to sleeved tubing. And, as with all Hydro Series CPU coolers, the H100i GTX and H80i GT are completely self-contained and require no maintenance or filling.

The new Hydro Series liquid CPU coolers will be available in February from Corsair’s worldwide network of authorized distributors and resellers.