Search
Home
Guides
Prev3 of 9Next 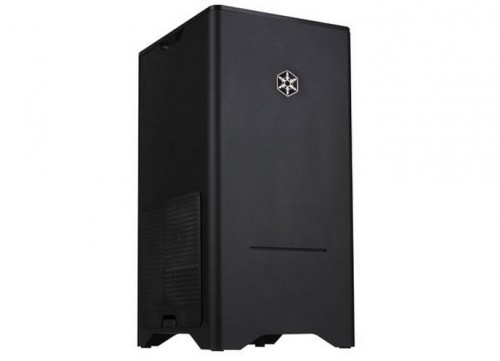 At CES 2011, Silverstone unveiled the original “Trash Bin” or “Garbage Can” case called the FT03 which houses up to an mATX board and even dual graphics cards, at roughly twice the size of the Mac Pro. There’s even space for a slot load optical drive. Because it uses a stack flow design, it has a somewhat similar thermal design as the new Mac Pro. They have since released a smaller mITX version, but in order to put hardware that is similar to the Mac Pro, we’d need the extra space. And since everyone is calling the Mac Pro a trash bin, we thought this would be a good fit.

The Silverstone FTo3 retails for around $159.99 US and comes in both a brushed aluminum silver, titanium and black. But we’d probably go with the titanium because the Mac Pro only looks black in the photos, but is actually more of a polished titanium in real life. If you want to go even smaller, the Silverstone SG10 is also a great choice at around $119.99 US. It’s shorter because it’s basically the same configuration on its side, but equally as configurable inside.

Since we have to put a power supply in here, we recommend going with one of Silverstone’s own Strider Series power supplies because they are nice and short and are compatible with the excellent PP05 short cable kit The SST-85F-GS 850W 80 PLUS gold modular is available for around $159.99 US. So you’re looking at around $360 for case and power supply.

Now that we’ve got something to put the parts in, let’s see what we an put inside.