Synthetic benchmarks give us a good idea of how things should play out once we get to real world testing. We use a number of tests that emphasize DirectX 9, DirectX 10, DirectX 11 and OpenGL performance. On deck are Futuremark’s 3DMark Vantage and 3DMark 11 followed by Unigine’s new Heaven 2.5 Demo. We round things off with a look at OpenGL performance in Cinebench 11.5. 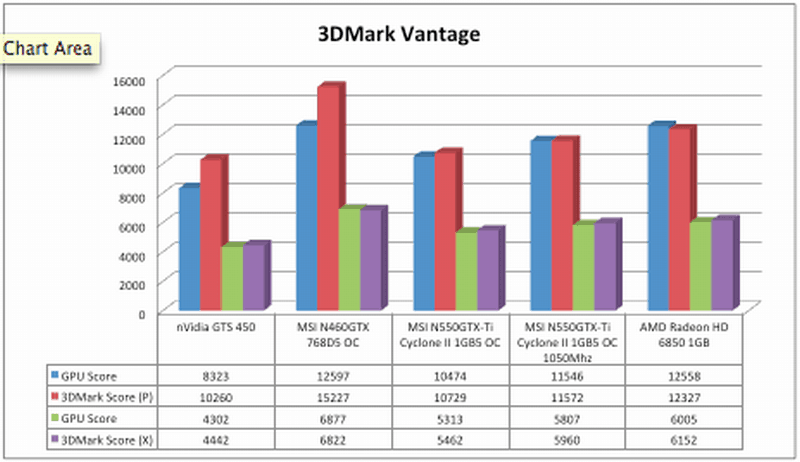 Just for fun because benchmarks are fun, we ran both the Performance and Extreme presets. In this test we see that the GTX 550 Ti GPU does indeed make short work of the GTS 450 and is just below the GTX 460 768MB. What was surprising though was as the settings and resolution get cranked in the Extreme test, the GTX 550 Ti starts to encroach on the more expensive HD 6850. 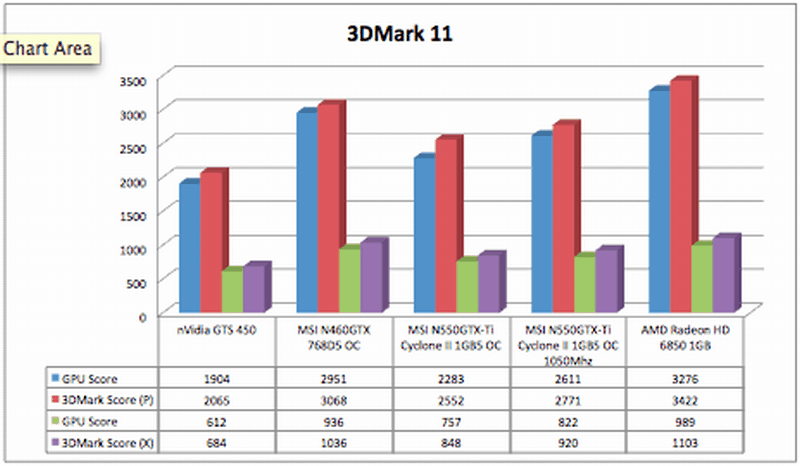 Futuremarks latest DX11 benchmark puts the GTX 550 Ti back in its place between the GTX 460 768MB and the GTS 450. But look at the massive increase in performance when overclocked. With MSI’s voltage adjustments, the card could very well be put within striking distance of the GTX 460 768MB in this benchmark. 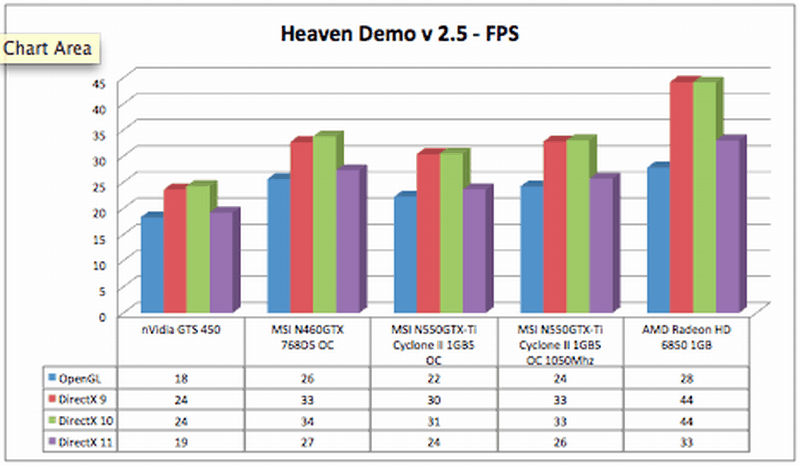 Unigine’s Heaven 2.5 Demo is one of few benchmark suites that can be viewed for both its beauty and its numbers. The HD 6850 maintains OpenGL superiority here and the overall lead. The overclocked N550GTX-Ti is right on top of the GTX 460 768MB for all tests except for Open GL. It appears that the number of CUDA Cores matter less than clock speed.

Next we’ll have a look at the new GPU’s PhysX performance compared to its closest siblings. We’ll be using two games: Batman Arkham Asylum Game of the Year Edition and Mafia II. 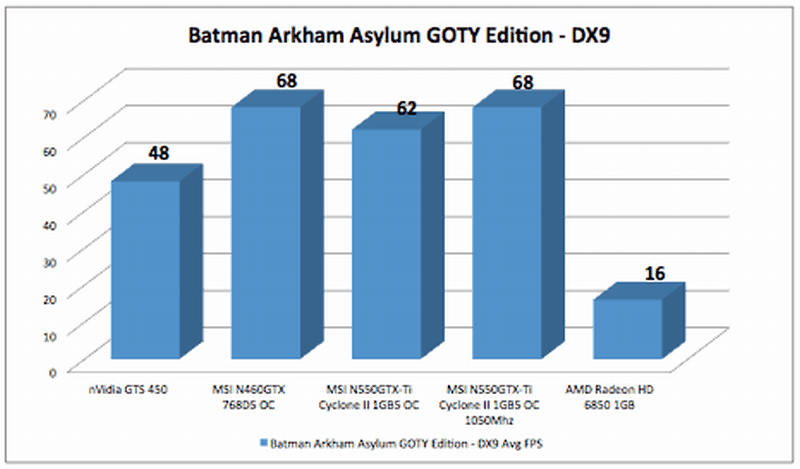 Batman Arkham Asylum GOTY Edition really likes the overclocked core of the N550GTX-Ti at 1050MHz. It overcomes the lower number of CUDA cores over the GTX 460 768MB quite easily. Lower clock speeds and a narrower memory bus hold the GTS 450 back and PhysX just cripples the HD 6850. 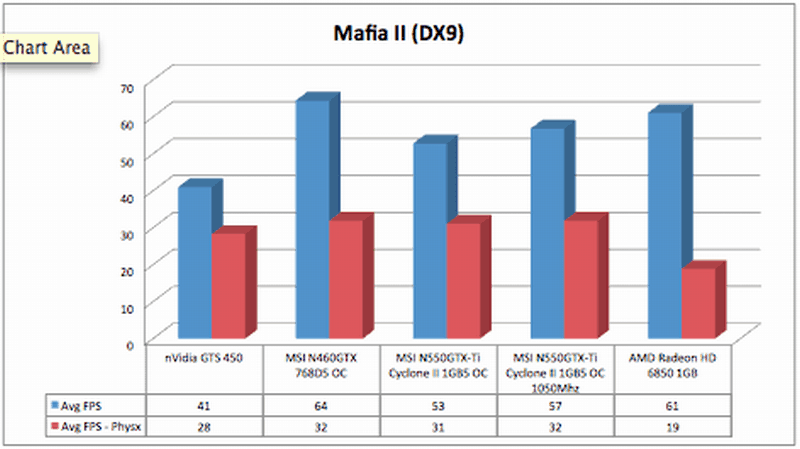 Mafia II allows us to show off the performance hit with PhysX enabled and disabled. Omitting the HD 6850, we can see that there is basically a halving of frame rate with it enabled. But it’s encouraging to see the N550GTX-Ti hold up so well with PhysX enabled, sustaining a playable frame rate.

Now that we’ve covered the nVidia PhysX side of the equation, let’s look at how the group copes with straight DX9 titles.