A Closer Look at the Latest SideWinder 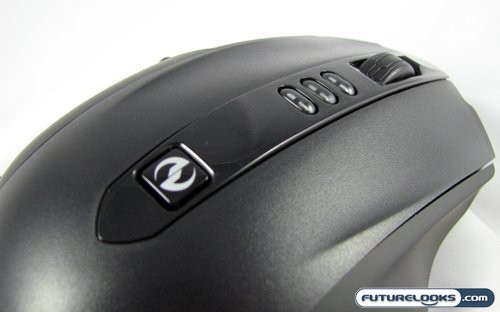 The button configuration on the SideWinder X5 is pretty well the same as what is found on the SideWinder. The left and right mouse button are a one piece unit, connected to the top body of the mouse. The scroll wheel has the same movement action as the more expensive SideWinder, while being plastic instead of metal. Below the scroll wheel you’ll find the fast switch DPI buttons, which have a separate DPI level associated with each of them. Finally at the top of the mouse, you’ll find the Quick Launch button, which is said to allow one-touch access to Microsoft PC Gaming features. This pretty well means that it’ll launch the Games menu in Windows Vista, and is the only button whose function cannot be changed. 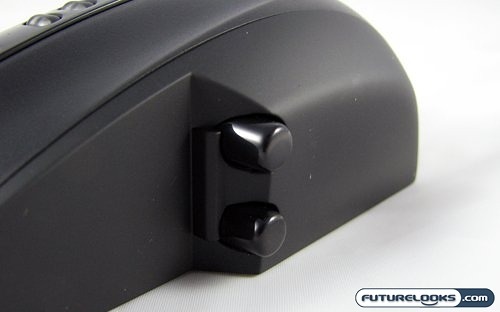 In addition to the buttons found on the top of the SideWinder X5, there’s also two thumb buttons on the side. By default they are setup to go forward and back in your Explorer windows, both of the Internet and Windows variety. However they can also be programmed for any number of pre-programmed functions, as well as a few custom options. As noted earlier they are plastic instead of metal, but strangely they were much easier to reach then the metal buttons found on the SideWinder.

Notably absent is the button used to program macros on the fly, meaning you’ll need to exclusively use the included software to do so. This isn’t really much of a detriment, as the placement of the button on the SideWinder was rather poor. 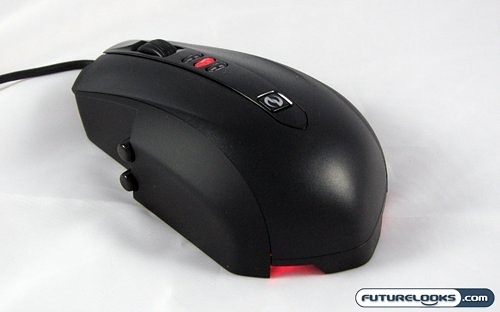 Once you get to plugging in the SideWinder X5, you get to see the light show that the mouse puts on. This is similar to the lighting scheme on the prior SideWinder. The DPI switches light up based on which one you have selected, and the rear having “ground effects” of sorts. 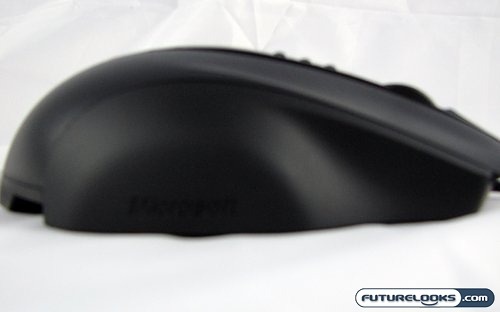 As for the physical design of SideWinder X5, the mouse still seems to retain the same shape as the original SideWinder. As you may recollect, this was our biggest point of contention. It was this design that made for a painfully uncomfortable gaming experience. The extremely high rear on the original SideWinder placed my wrist in a precarious position, and rendered me unable to continue fragging after about an hour of use. Actually the more I look at it, the more it seems like Microsoft has moved the apex of the SideWinder forward slightly with the X5. It may just be my imagination, which is OK because now we get to test it out.