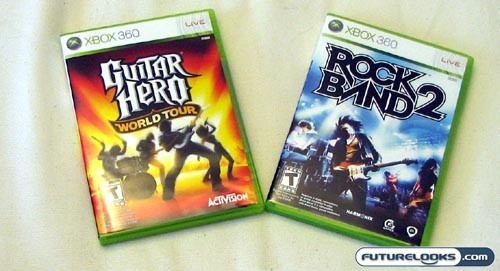 Are you ready to rock? I said, ARE YOU READY TO ROCK?! Yet another generation of rhythm games has descended upon us, bringing along a whole new set of little plastic instruments for us to enjoy. As a result, many people are now faced with the decision of choosing between Rock Band 2 and Guitar Hero World Tour. Which rhythm game reigns supreme? In the following article, I’m going to break down the comparison shot-by-shot, feature-by-feature until I can declare a true winner. Let’s Get Rocked! 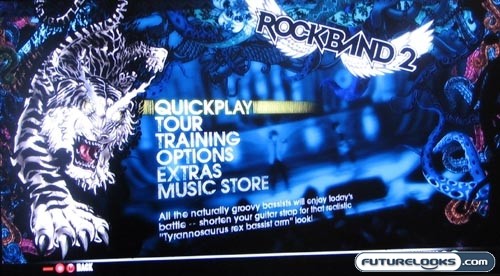 Before we get down to business, it may be worthwhile to provide a brief history lesson. As you may already know, Guitar Hero burst onto the scene a few years ago, sparking all sorts of interest into the rhythm game genre. Activision and Harmonix enjoyed all kinds of success, but they had a bit of a falling out last year. Harmonix jumped ship and brought its team over to Electronic Arts to create Rock Band.

Activision continued its Guitar Hero franchise in the absence of Harmonix, but it stuck to the “just playing the guitar” end of the equation. By contrast, Rock Band offered a “full band” experience. In addition to a couple of guitars, it also had a drum set and a microphone. It seemed that Guitar Hero fell behind. 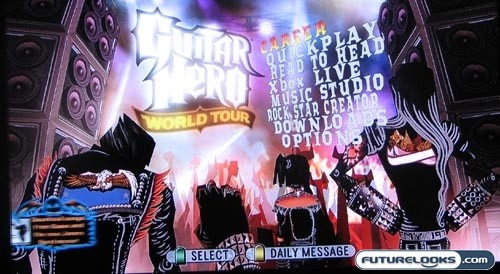 Not one to go down without a fight, Activision and Neversoft came battling back with the release of Guitar Hero World Tour, the first “full band” game in the franchise. This, of course, directly competes against Rock Band 2 from Harmonix and Electronic Arts. The challenge is notable and intense, setting the stage for today’s comparison. Let’s get down to it.

Starting with the Guitar Battle

Perhaps the best place to start would be where it all began: the guitar. This part of our musical adventure has been upgraded in both Rock Band 2 and Guitar Hero World Tour. 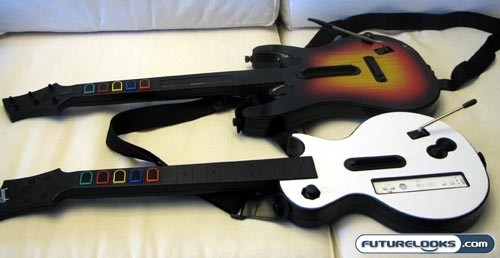 On the Guitar Hero front, I definitely appreciate the relocation of the “star power” button and the larger fret buttons are a great idea. The touch strip is an interesting novelty, but it really doesn’t add much to the enjoyment of the game. This is a matter of personal preference, but I also prefer the round notes in GHWT compared to the “bars” in Rock Band too.

On the Rock Band 2 side of the equation, not as much has changed compared to the first Rock Band. The “squishy” strum bar still doesn’t provide as much tactile feedback as the “clacky” Guitar Hero strum bar. Even so, the larger fret buttons, the solo sections, and the fact that the notes stay the same color during Overdrive/Star Power give this win to the crew at Harmonix and EA.