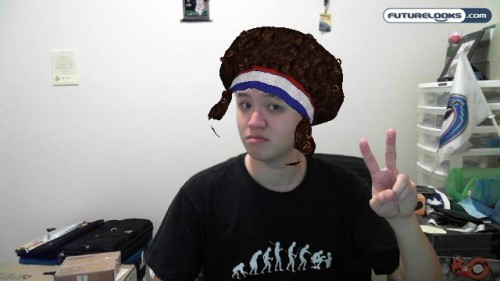 You could take the regular still photos using the supplied software, making for easy DailyBooth submissions, but there are also a number of different effects in there that you can use too.

The software automatically tracks your face. There are effects that make for buggy eyes, alien-like proportions, and so on. Or, like you can see above, the software can add hair, hats, and other accessories. Some of them work better than others. The afro wig didn’t really re-proportion itself properly for my head, as you can see above. 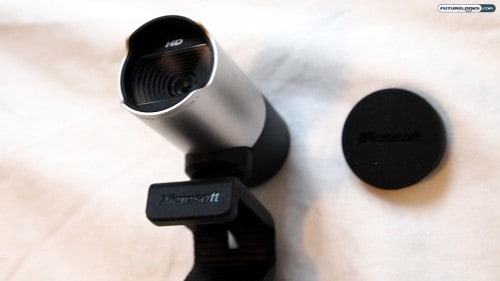 In terms of video quality, I’d say that the Microsoft LifeCam Studio isn’t quite at the same level as something like the Flip MinoHD. It can lack some clarity and detail at times. The video below gives you an idea of performance and picture quality.

A little more frustrating, at least for my part, was the autofocus. If you stay put and don’t move around too much, this isn’t really a big concern, but I did find that it could be quite slow with autofocus at times. You can see the autofocus at work during portions of the sample video above. Speaking of the video, the files that it allows you to save are only 720p despite the advertisement of 1080p on the box. Yes the sensor is 1080p, but no, you will not be getting 1080p out of it which is odd and somewhat disappointing.

The TrueColor Technology is very much at play here too. My office really isn’t as “bright” as it appears in the video, so you almost get a background that is “blasted” out and over-exposed. This could help with some video chat, though, making out more facial features than you would under dimmer situations.

In terms of sound quality, it was able to pick up my voice loud and clear, but it did have a distinct “echo” effect. This isn’t too big of a problem when videochatting with grandma, but it can detract from a more professional interaction with colleagues, customers, and co-workers. 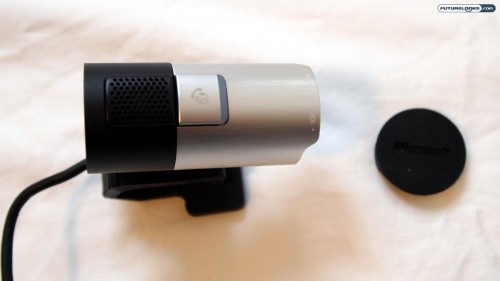 Priced at anywhere between $99.99 – 139.99 US, the Microsoft LifeCam Studio isn’t exactly the least expensive webcam on the market, but it easily outperforms many of the offerings that you find at cheaper price points.

The 1080p HD sensor provides reasonably high quality photos and videos, but disappointing that the output is only 720p on the video files. However, I do appreciate the versatility of the flexible rubber mount and tripod screw. TrueColor Technology provides for increased brightness, but some images can appear over-exposed as a result. Some echo-cancellation would have proven useful in the audio department too.

Microsoft says that this is “the closest to being there.” It doesn’t quite live up to that claim, but for a consumer-level webcam, it does a pretty good job… and in HD, no less.