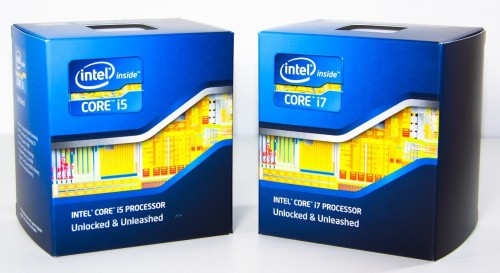 Overclockers will obviously want the unbridled hidden potential underneath the K series as they are fully unlocked through and through. Your highest frequency depends on you skill and CPU cooling with early tests hitting 5GHz on air. The regular SKUs have a likelihood of maxing out at lower frequencies, if you can call 4.5GHz low. Either way, the processors perform the same at stock frequencies.

There are several SKUs that offer various TDP (power consumption) levels lower than we’ve ever seen. Processors from the “T” series require an impressive 35 or 45 watts depending on the model while the “S” series consume 65 watts. The lower the TDP, the lower the Intel HD GPU chip on-die. Overall, the mobile processors are positioned to consume the least amount of wattage right away which is a great thing for extending battery life.

We received these two boards which are just a few of the many models coming down the pipe as you read this. One would think that the P67 chipset is the only platform to offer the farm to enthusiasts. That’s not the case. While the P67 has the BIOS and VRM necessary to support overclocking, the bulk of the platforms (depending on the model SKU) will offer a full line of features including SATA3, USB 3.0, Intel Raid Storage, and of course Intel LAN Pro. 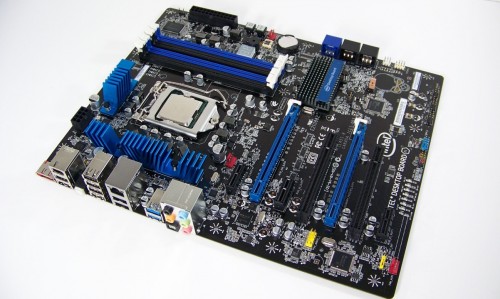 The DP67BG Extreme supports dual PCI Express 2.0 graphics (8x by 8x) which is perfectly fine given current VGA doesn’t even maximize the PCIe bus. This platform supports DDR3 1600MHz which means there’s probably some headroom above based on past experience. Integrated audio continues to be Realtek ALC892 which can be a worthy codec if properly implemented. 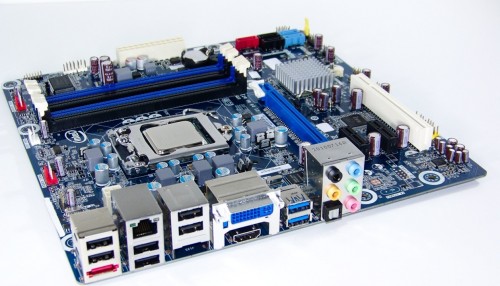 As for the DH67BL and any media platform, it comes with all of the necessary video out ports to tap in to Sandy Bridge’s GPU. The DH67GD and CF are the Cadillacs of the Media series featuring DVI, HDMI, and Display Ports. You can also expect other vendors to offer fully packed boards as well. Again, the Realtek ALC892 is featured on this platform and is fully capable of backing up Sandy Bridge’s HD capabilities.

It’s always refreshing to work with some new hardware. Our two test systems here sport two different model Core series processors. The Core i7-2600K will be paired with the DP67BG ATX motherboard. And, the Core i5-2500K will be paired with the DH67BL micro-ATX motherboard. We’re including an SSD and a platter hard drive so users can compare their own system’s IO performance.

Thanks to the Intel engineers, they’ve kept us updated with the latest motherboard BIOS and CPU graphics drivers.  However, I did discover that the DP67BG Burrage motherboard doesn’t like to boot with my favorite high powered Antec TPQ-1200 watt power supply. It appears that not enough load is placed on the board’s 12V rail, so it doesn’t start up properly. However, the DH67BL media board liked the TPQ-1200 just fine. Go figure. So, the final build is using the NZXT HALE90 750 Watt an 80Plus Gold efficient power supply. Can’t have dirty power mucking up the results.