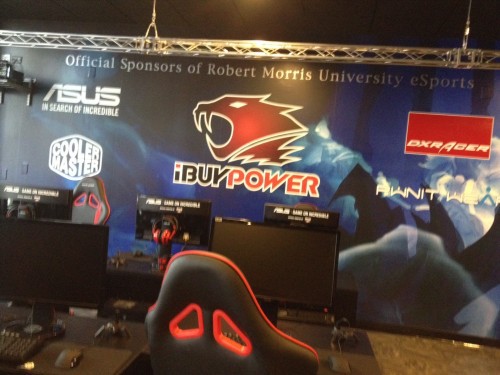 You can get a real degree in “Surf Science” and the “Beatles”, but when people talk about getting a full ride scholarship on your L337 gaming skillz, they think you’re nuts. You probably think you’re nuts too. Well, the cake is no lie!

Robert Morris University in Illinois one of few universities in North America that does indeed, offer a full ride scholarship program for highly gifted gamers. They not only grant you a degree at the end of your varsity eSports career, they’ll make sure that you get the best eSports training possible. And part of that commitment has been a partnership with iBUYPOWER, to build America’s first Varsity eSports Arena!

The whole thing sounds like “Video Game High School”. But Robert Morris Univeristy (RMU) is committed to putting eSports on the map with the help of iBUYPOWER and their experience in supporting professional gaming. The RMU Varsity eSports Arena will be equipped with state of the art gaming rigs built with Intel Core i7 processors and the latest NVIDIA GeForce GTX GPUs. Scholarship recipients and students will have access to the best equipment so they can train at the highest possible levels. 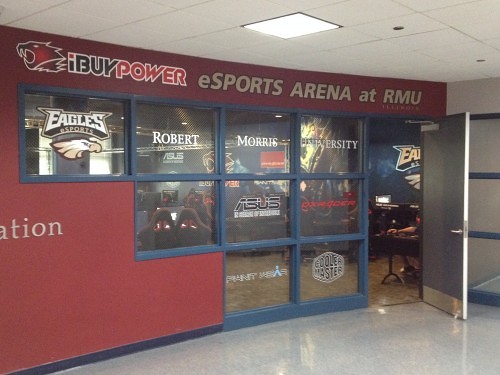 So the next time someone tells you that you can’t get a full ride scholarship on your amazing gaming prowess, then point them to Futurelooks and this post. Yes folks, that cake is one sweet slice of gaming perfection. If you have what it takes, you too could be learning the skills for a “real job” and living out your wildest dreams as an eSports athlete for Robert Morris University. Go Eagles!

The full press release is below. Really.

September 22, 2014, City of Industry, CA – Sometimes revolutionary changes occur in the most unexpected places. Today, the seed to one such revolution has been planted: iBUYPOWER and Robert Morris University-Illinois (RMU)
jointly announce the creation of the iBUYPOWER eSports Arena at RMU, the first university-level eSports varsity facility in the world. eSports has been an integral part of iBUYPOWER culture for some time, with a full program that reaches out to the eSports gaming community in all aspects of the game. iBUYPOWER has been fostering the growth of eSports with pro teams, streamers, leagues, events, competitions, and now solidifying eSport’s place in education.

“iBUYPOWER is truly honored and excited to collaborate with Robert Morris University on this ground breaking initiative,” said Darren Su, vice president of iBUYPOWER. “We’re a huge proponent of eSports and education, and
never in our wildest dreams did we imagine the two worlds combining. This is going into the history books.” With the iBUYPOWER eSports Arena at RMU finishing up its construction, we equipped the arena with the very best
in technology. At the heart of the gaming systems are the latest generation Intel Core i7 processors and NVIDIA GeForce GTX GPUs. We’re not making any compromises when it comes to high-performance gaming.

“We’re thrilled to be launching our eSports scholarship program and putting eSports on the map in higher-education,” said Kurt Melcher, Associate Athletic Director and eSports Coordinator at Robert Morris University Illinois. “With the iBUYPOWER eSports Arena at RMU, we’re changing the way the world thinks about gaming and education.”

At the end of the day, gamers are what make eSports and all this possible. To gamers everywhere and those just getting their foot in the door, history is in the making. Robert Morris University-Illinois is the first in the world to offer a full scholarship program built around eSports, and the first in the world to build an on-campus facility to facilitate gaming on both an educational and professional level.
[/hide-this-part]