How thin can you go without sacrificing too much in terms of performance and battery life? If the new 13.3-inch HP Spectre ultrabook is any indication, you can go pretty darn thin. A mere 10.4 mm thin, in fact, making this the thinnest laptop in the world according to HP. It also happens to be rocking a brand new logo that’s totally minimalist and hip.

Well, it’s not completely true that this logo is new. HP commissioned Moving Brands to come up with the new logo in 2011, but they’ve been allowing this design to sit dormant for the last five years. HP says that this will be the brand image they’ll use moving forward on the HP Spectre and other premium notebooks like it.

Despite weighing just 2.45 pounds and being razor thin (the Macbook is 13.2mm thick by comparison), the HP Spectre packs a surprisingly powerful punch. HP cast the Core M processors aside in favor of dual-core Intel Core i5 and Core i7 processors instead. The unique hyperbaric cooling system enables HP to do this in such a small space. 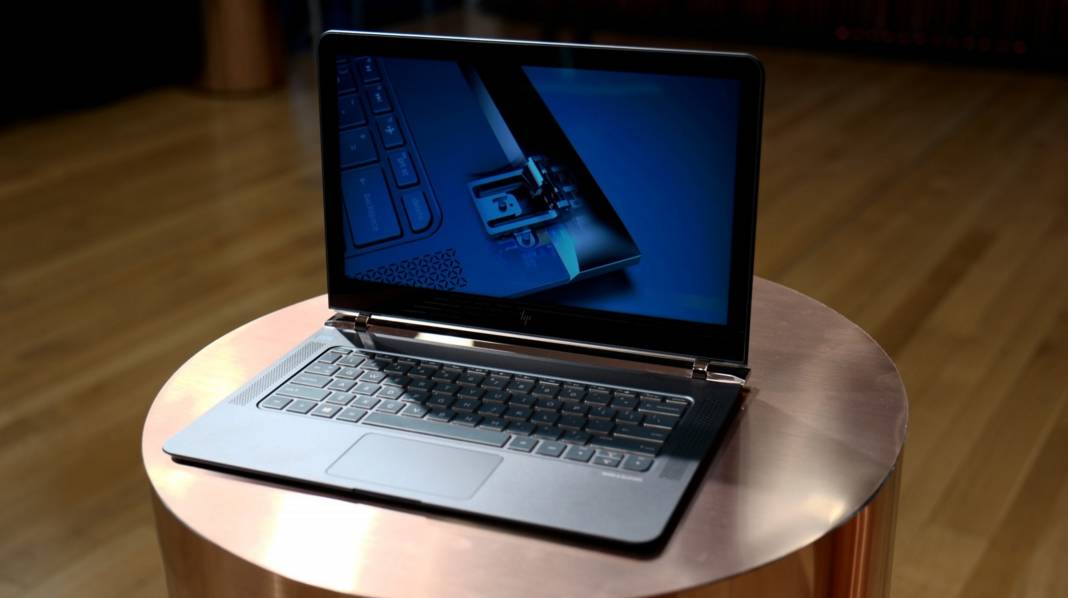 Expect the HP Spectre, including a couple of special designer editions, to start shipping next month.

Sources: TC and The Verge