Search
Home
Guides
Prev3 of 4Next

Keep it simple. Even if she wasn’t really into video games at the time, there’s a good chance that retro titles will have an inherent appeal to your girlfriend. This is partly why a game like Mario Kart Wii can be a good idea, but Burnout Revenge might not be. They’re both pretty outrageous, as far as racing games are concerned, but one has Luigi, Yoshi, and Peach. The other just has cars. 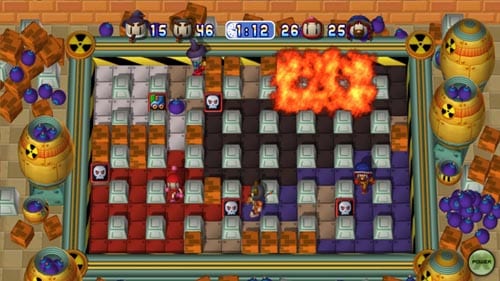 Similarly, games that are overly complex will be nothing more than a source of frustration. Getting them to figure out Dead Space could be an exercise in futility and it could be a one-way ticket to sleeping on the couch for you. Going back to simpler games, like Bomberman Live, is a better idea. By and large, Bomberman can be played with one button, but it’s still a lot of fun.

If she is completely new to video games, you’ll want to take her hand and walk her through the process. Start simple and work your way up. After getting acquainted with Bomberman, she can step up to Super Smash Bros. From there, she can try an easier shooter like Far Cry Instincts. 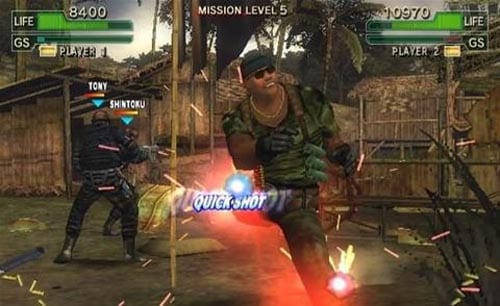 Not all video games are about sniper rifles and chainsaw guns, but we all know that those can be a heck of a lot of fun. Some girls enjoy the gore, but many do not. That’s why you got to ease them into that part of the video gaming equation too.

Cartoon violence is easily digestible. Moving further, you can introduce arcade-style shooting games like Ghost Squad. From there, you may want to show off a little blood with House of Dead, retaining the relative simplicity of a game like Ghost Squad. Soon enough, she’ll be just as bloodthirsty as you are. Boom! Headshot! 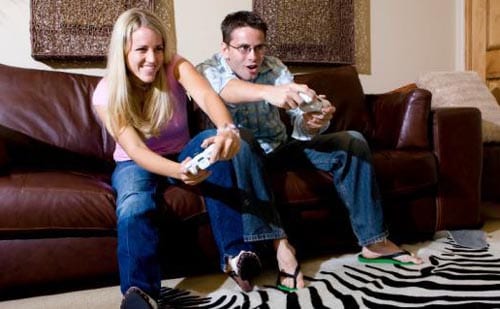 If you’re like most boyfriends, you’ve probably been stuck with the task of holding onto a purse as your girlfriend tries on a bunch of clothes at the mall. You’ve probably endured more than your fair share of chick flicks. As she attempts to get you interested in her interests, I think it’s only fair that she make an attempt to get interesting in your video game obsession too. A strong and happy relationship must be based on effective communication and sharing some common interests. No one ever said that Gears of War couldn’t be one of those common interests.

Happy Valentine’s Day! Now, if you’ll excuse me, I’ve got a chainsaw gun that begs to be utilized.