I can only speak from my own experience, but I’ve found that most girls don’t like games that are too competitive or too confrontational. That’s why she may not be as interested in a first-person shooter, because there is a lot of immediate pressure and there is a significant risk of death. That risk factor can be intimidating and, given a poor performance, it can be really frustrating. 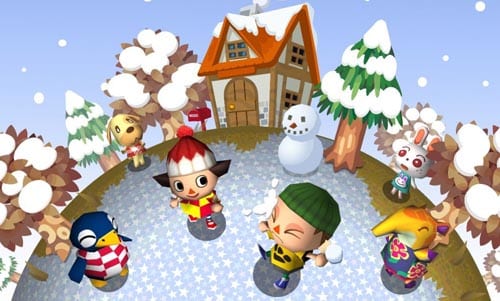 As you try to ease your female counterpart into the world of video games, select titles that don’t have as much immediate pressure. Animal Crossing is a great example of this kind of game. Available on the GameCube, DS (Wild World), and the Wii (City Folk), she can lead a simulated life without risk of death or bankruptcy. It’s all good and it offers instant rewards.

Try playing some party games. These are designed for pick-up-and-play enjoyment with minimal learning curves. As her interest in gaming grows, you can slowly shift the focus to some of your more hardcore titles.

Cooperating for Fun and Profit 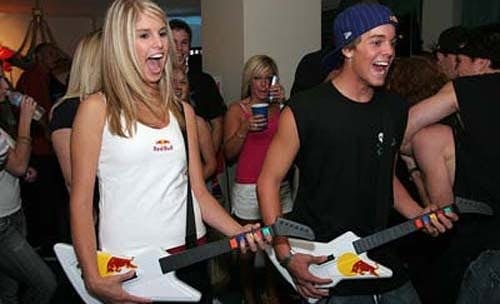 Continuing on the previous notion, cooperative games are generally preferred over competitive ones. If you keep beating the crap out of her in Soul Calibur IV, she won’t want to play with you anymore. However, if you work toward a common goal and play together, she’ll start to see your gaming sessions as bonding opportunities.

The learning curve may take a little bit of time, but girls can have just as much fun playing Guitar Hero and Rock Band as their male counterparts. Start up a career mode and unlock those songs together. Look at how much fun skateboarder Ryan Sheckler is having in the picture above. Better yet, look at how much fun his gal pal is having.

Play video games with your girlfriend. Not against her. For even less pressure, you can consider a karaoke game like Lips for Xbox 360. You can’t fail in that game. 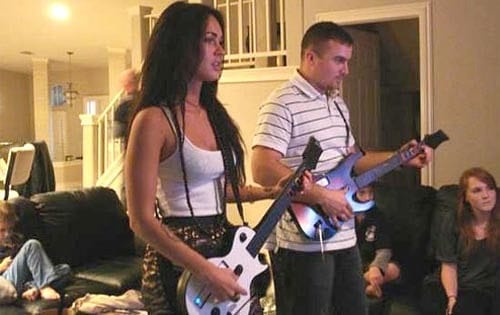 Come on! You know you want to rock out with Megan Fox in Guitar Hero. I wonder how well she can handle Dragonforce. Through the Fire and Flames, baby! 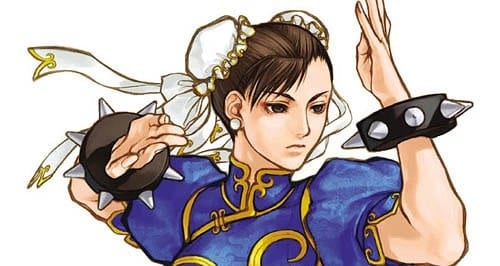 Oftentimes, female Street Fighter players will be drawn to characters like Cammy and Chun-Li. This is understandable, of course, because they may be drawn to powerful female characters. They could be tired of the whole “damsel in distress” thing (I’m looking at you, Princess Peach) and they would prefer to see a strong female lead. Tomb Raider, Heavenly Sword, and even Metroid feature powerful women. In the meantime, you have some pixelated eye candy to enjoy too.