It isn’t all doom and gloom for the GELID Silent Spirit though. This cooler can’t compete against a top end CPU cooler, but it isn’t meant to. It was meant to compete against other mid range coolers, and be as silent as possible while doing it. With that in mind, I did the unthinkable and took down the un-down-takeable system to test this cooler against the Arctic Cooling Freezer 64 Pro.

The processor residing in this system was a much more modest Athlon 64 X2 3800+. Here the GELID cooler beat out the Arctic Cooling unit by 2°C in both idle and load temperatures. On its own this is a modest achievement at best, but the GELID is actually lighter then the Arctic Cooling Freezer by a couple hundred grams, and it managed to remain just as silent while in operation. 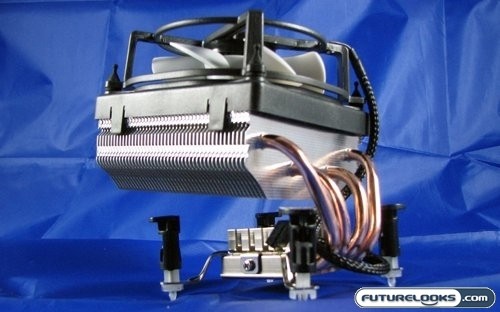 CPU coolers like the GELID Silent Spirit can be hard for a reviewer to classify. They don’t offer balls to the wall performance, and are usually made to fit a niche. Finding that niche is necessary to determine whether or not the cooler is successful. The GELID Silent Spirit is a mid-range cooler meant for ultra quiet systems that don’t require maximum cooling performance. It’s small size and overall design speak to this. So does it achieve what what was intended? Well it’s undeniable that the cooler won’t hold up to the performance offered by a large fan based cooler. Still the Silent Spirit held it’s own against it’s main competition (Freezer 64 Pro), and even managed to best it in a couple areas.

There’s the niggling problem of availability in North America. As noted in the beginning, the GELID Silent Spirit is currently only available at NCIX.com. There’s also the consideration that this cooler isn’t for those who are looking to cool a high end processor like the Phenom 9850BE, and still maintain an air of silence. It really is only useful for such a setup if that setup is found in a case with some size constraints like a Home Theatre PC Case. 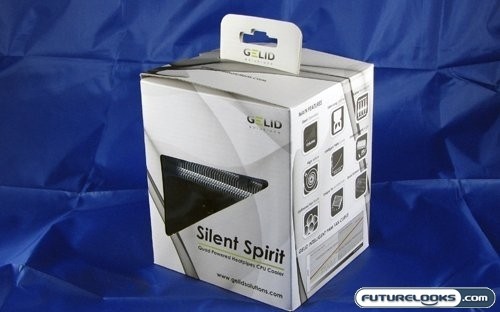 I would be amazed to see a cooler of this size perform as well as some of the big boys, but I can’t change the laws of physics. In the end, this performs well for what it’s intended, and can do in a pinch should you have a case of small enclosure syndrome. Does the GELID Silent Spirit meet the expectations for a mid-range cooler? It’s definitely a strong contender, and won’t disappoint should it find itself in your HTPC or quiet PC.