A while back, we talked about a graphics card that was easily the fastest GeForce GTX 980 Ti we had seen. It was from a company few had heard of (mostly due to a name change), but the specs still managed to astonish our hardware editor. That company, known as GALAX, is back. They’re looking to break some more performance records, and satisfy your overclocking jones in the process.

The GALAX GTX 980 Ti HOF LN2 graphics card is a GeForce GTX 980 Ti based card that has been optimized to handle the sub-zero temperatures you’d see using LN2 or some other refrigerant as a cooling method. According to GALAX, the card has already the current holder of multiple world records in the 3DMark Hall of Fame as the fastest GTX 980 Ti on Earth.

GALAX implemented a 12 layer PCB on this new card and optimized all the components on it explicitly for cryogenic overclocking. The technical details of these modifications are available in the press release below.

The GALAX GTX 980 Ti HOF LN2 graphics card is a limited edition product, with only one batch being produced. Along with the card, you also get exclusive support and assistance direct from GALAX R&D.

June 19th, 2015 – GALAX, leading manufacturer of custom engineered gaming hardware, today announced the imminent release of the GTX 980 Ti HOF LN2, the first subzero optimized graphics card ever produced. The LN2 Edition is in a class of its own as the only graphics card in existence designed explicitly for cryogenic overclocking, and as of this writing is the current holder of multiple world records in the 3dmark Hall of Fame as the fastest GTX 980 Ti on earth. 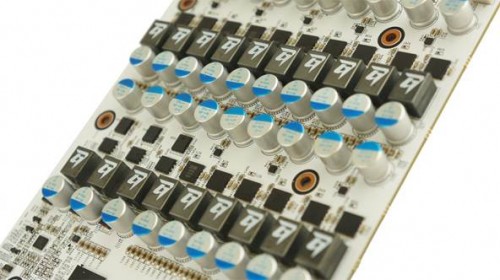 Purchasers of the GTX 980 Ti HOF LN2 Edition will receive access to several privileged VIP extras as well. These elite customers will be provided a signature name card by GALAX in recognition of their status as an LN2 Edition owner, and this status includes exclusive access to consultation services and technical support directly with R&D engineers and overclock experts.

Only one batch of the GALAX GTX 980 Ti HOF LN2 Edition will ever be produced, and this one shipment will only be available via preorder for a very short time at http://store.galaxytechus.com and http://www.galaxstore.jp. GALAX advises any OC enthusiasts seeking to secure a card from this extremely limited edition release to place their orders as promptly as possible in order to secure their place on a very short list of VIPs to own the only production LN2 graphics card in existence.