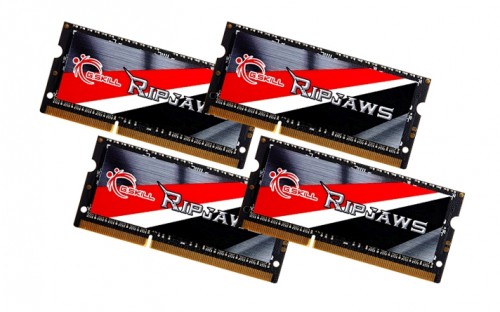 The speed of your computer, laptop, or tablet is always defined by the slowest memory component in it. If you have a super fast SSD, with a super fast CPU, but pair it with run-of-the-mill RAM, you will end up with average performance. G.Skill is here to help high performance laptops with this issue by releasing the first DDR3L 2133 MHz memory kit.

The new Ripjaws F3 are poised to be the only solution you need for RAM upgrades in laptops. They managed to get the three major concerns (power use, speed, and capacity) together in a single kit. If you can’t wait for the 4 stick kits to be released, you can find 16 GB (2 x 8 GB) kits available now for as low as $144.99.

Operating at a low voltage of 1.35V and at a timing of 11-11-11-31, this new Ripjaws SO-DIMM memory kit will elevate the performance of your extreme performance gaming laptop to new heights. Desktop performance and capacity on a laptop is now a reality!

The following is a test screenshot completed on the MSI GT70 2OC gaming laptop, exhibiting stability under extreme load. 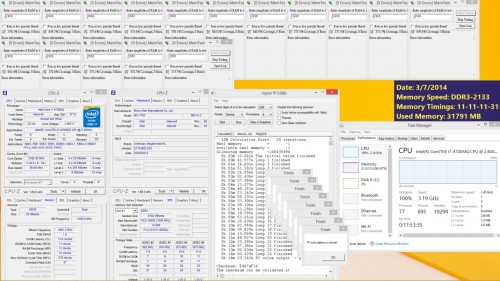 “As a world leading gaming brand, MSI Notebook’s goal is to become the most trusted name in gaming and e-sport. We stand by our principles of breakthroughs in design, the pursuit of excellence, and technological innovation as we have continued to raise the bar for ourselves and have accomplished a great deal of pioneering work in the industry,” commented Sam Chern, marketing director at MSI. “This time, G.SKILL’s F3-2133C11Q-32GRSL DDR3L memory kit clearly raises the bar for high performance gaming laptops and proves to be unbelievably stable on the MSI GT70 2OC gaming laptop, one of the best performance gaming laptops from MSI.”