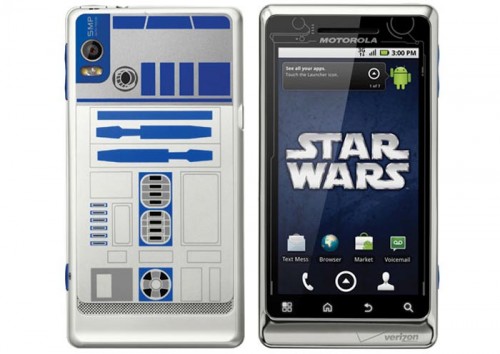 Everyone’s favorite bleep-blooping tin can is now a smartphone. That’s right. You can get the Motorola DROID R2-D2 special limited edition smartphone, completely clad out like C-3PO’s little buddy. It also comes loaded with a bunch of exclusive Star Wars-themed content.

Underneath the shell, the R2-D2 phone is really just a Motorola DROID 2. It comes powered by Google Android 2.2 and a 1GHz processor, features a slide-out hardware QWERTY keyboard, and rocks a sizable 3.7 FWVGA display to go with its 5MP camera and 3G connectivity.

Pick it up from Verizon Wireless for $249.99 when you sign a two-year agreement and handle the mail-in rebate. 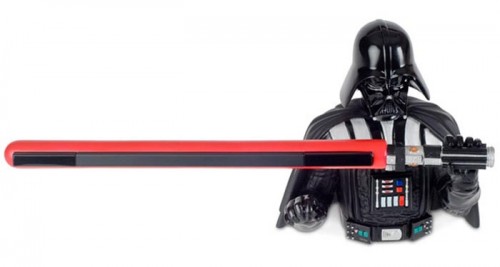 Sticking with the Star Wars theme, we turn to the Dark Side of the Force. Darth Vader has invaded the Nintendo Wii with his own licensed Wii Sensor Bar Holder. The sensor bar effectively becomes his red lightsaber.

Does it serve any real function? Aside from holding the sensor bar, no, not really, but it looks really cool. (Isn’t that all that matters?) It sure beats out a lot of the other Wii accessories that you find in the marketplace and Power A has done a great job with the craftsmanship. The Emperor would be proud. 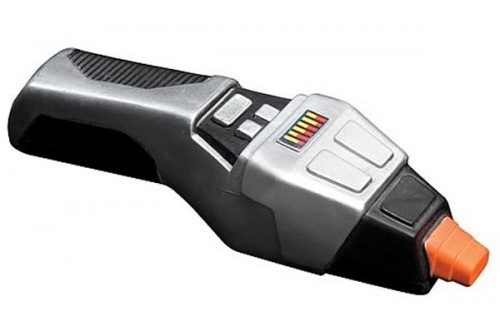 Do you have a Trekker on your list rather than a Star Wars geek? Then it might be appropriate to pick up the Star Wars: TNG replica phaser. Sporting the exact same look that you saw in The Next Generation, this phaser can’t really be set to stun. Or to kill. It’s just set to, well, exist.

The good news is that, at $10.99, it’s a pretty nice gift if you happen to be on a tight budget and want to put a smile on the Picard geek in your life. Make it so, number one.

Oh, and if the person on your list is more aligned with Captain Kirk, there are varieties of phasers available from the original Star Trek universe too. They’re priced similarly. 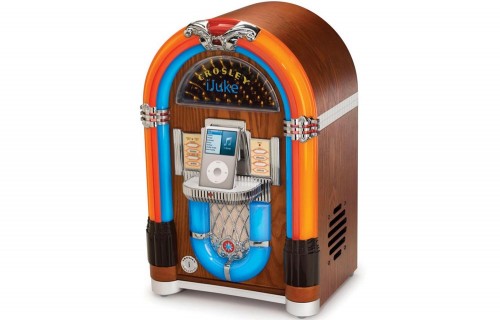 Whether he’s a fan of a crooner like Frank Sinatra or he’d rather shake his hips to Elvis Presley, the Crosley iJuke CR1701A makes a pretty awesome holiday gift. The desktop music player is styled after classic jukeboxes, but it actually functions as an iPod speaker dock. The “eternity lighting” completes the retro appeal.

The iJuke from Crosley carries an MSRP of $199.95, but online retailers have been known to sell it for a fair bit less.