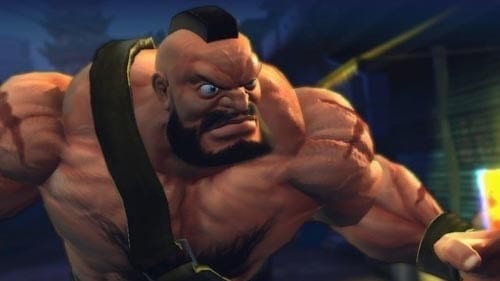 Are you the kind of player who doesn’t want to bother with speed attacks and chipping away at the energy bar? Zangief is easily one of the strongest players in the game, meaning that even beginners can dish out some very heavy damage using regular moves. However, he’s also very slow and can get outplayed by the quicker players.

By far the biggest tool in Zangief’s arsenal is his Spinning Pile Driver, so you’ll want to learn as many ways to lead into this incredibly punishing attack as possible. To pass through fireballs and other projectiles, time the Banishing Fist and combo directly into the Spinning Pile Driver. You can also “tick” your way into the piledriver with a quick jab.

Counter cross-up approaches with the Lariat, which can also be used to avoid damage from projectiles. Also be sure to take advantage of the huge reach afforded by Zangief’s focus attack, which can lead right into, you guessed it, a Spinning Pile Driver.

The sumo wrestler from Japan may be one of the most underrated players in the game, but he is also not without his shortcomings. In Super Street Fighter II Turbo HD Remix, you were able to pass through projectiles with a Light Punch Sumo Headbutt. This tactic has been removed for Street Fighter IV, making E. Honda much weaker against players who rely heavily on projectiles.

In order to do well as E. Honda, you’ll need to be very patient and you need to pay close attention to spacing. Being a full screen away as E. Honda will leave you at a severe disadvantage, but getting in too close could leave you vulnerable against faster players. You want to stay somewhere in between, making use of the Sumo Smash, for instance, to crush Ryu as he blasts out a Hadouken.

After hitting someone with a Sumo Smash, you can catch him as he gets up with the Oichi Throw. This is a surprisingly versatile move and you can link your way into it the same way that Zangief can sneak in with a jab and a Spinning Pile Driver. If they block the Sumo Smash, hit them with a quick crouching jab so they continue to block. Then, grab them with the Oichi Throw.

As strange as it may sound, the Light Punch Sumo Headbutt is also a good anti-air technique, but only from the right distance. Again, you’ll need to manage your spacing well with Honda.

Ken: Shoryuken for the Win 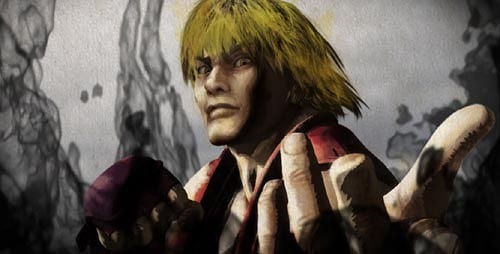 Although he is popular among novice players, Ken can only be used to its full potential by seasoned veterans. This is because his basic attacks can be quite easy to do, but it is only through the complex time and complicated combos that you will be able to dish out the most impressive damage with Ken Masters.

Ken is one of the better players in the game for cross-up attacks, particularly with the forward jumping medium kick. This lends itself into some tricky combos, more often than not accented with a powerful Shoryuken at the end. Each time that you knock an opponent down from close range, you should try to catch them with a cross-up as they start to get up. When they catch on to your tactics, mix up the timing and the spacing. 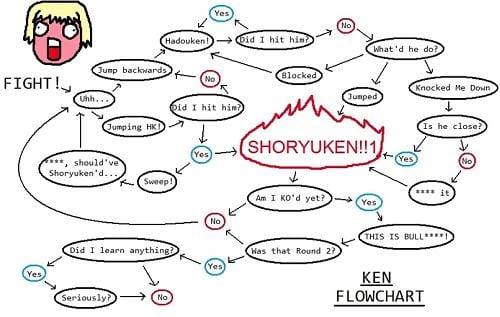 In case you haven’t figured it out, the Shoryuken (Dragon Punch) is Ken’s go-to move. It’s used for just about everything, from ending combos to countering air attacks. Just don’t use it at the most inopportune of times, because you’ll leave yourself wide open for a counter should you miss.