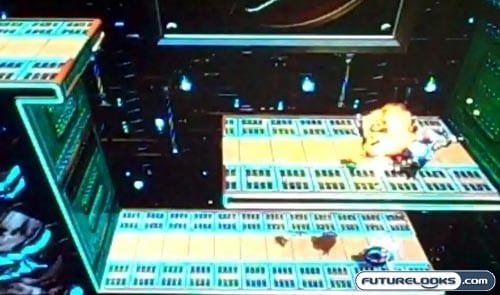 Developed by Twisted Pixel Games, ‘Splosion Man is quite the unique take on the classic platformer. On the surface, you’d think that you’re getting into a Mario or Mega Man like experience, but there is one very distinct feature about the protagonist that sets him apart from the rest of the crowd. He blows up. On purpose. Over and over again.

With most platformer games, you can typically expect one button for jumping and another for attacking, but our friend ‘Splosion Man has one button to explode. This explosion sends him flying forward and upward, beating enemies along the way and propelling himself onto the platforms. He can explode up to three times, after which you have to wait a few seconds for him to fire back up again.

In order to progress through the game, you’ll need to make full use of these self-explosions, bouncing off walls and finding interesting ways to make it to seemingly unreachable platforms. There’s also a multiplayer element to complete the package. 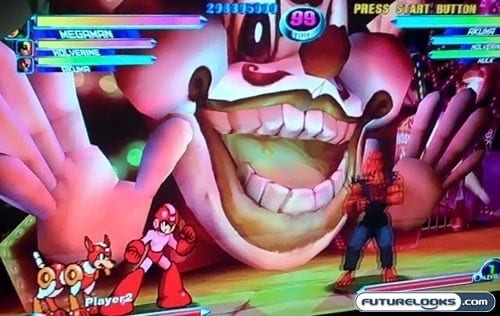 It’s not secret that I’m a fan of fightin games. Perhaps you already saw my other E3 Expo 2009 article, where I wrote briefly about the pending release of Tatsunoko vs. Capcom on the Nintendo Wii. Well, that whole “versus” franchise is hitting up Xbox Live Arcade as well.

Marvel vs. Capcom 2 on XBLA is exactly like how you remember it in the arcades and on the Sega Dreamcast, except you don’t have to go through all the effort to unlock all of the characters. The massive roster, which includes everyone from Juggernaut to Akuma, is positively mind-boggling.

Unlike what they did for Super Street Fighter II Turbo HD Remix, Marvel vs. Capcom 2 has not been pumped up to high-definition. You can think of this more as a direct port, but there is one very important feature that will make all the difference: online play. Given the breakneck speed of Marvel vs. Capcom 2, however, I hope that the lag is kept to an absolute minimum. Online play here is supposed to be built on the same framework they used for HD Remix. 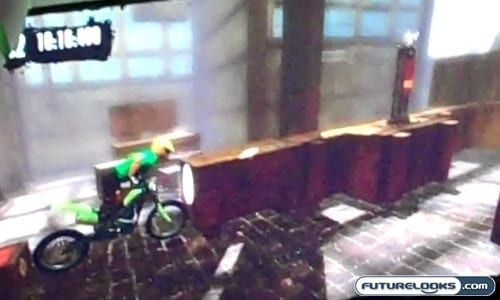 The goal in Trials HD for Xbox Live Arcade is quite simple. Get from point A to point B within the allotted time limit. The challenge is that you happen to be riding a BMX bike and the track is littered with all sorts of obstacles.

You are presented with what appears to be a highly detailed 3D indoor arena (like a warehouse), but the action is completely on a two-dimensional plane. You ride your bike across over 50 versatile tracks, hopping your way over boxes and jumping across ramps. And some of these extreme tracks involve crashes, injuries, and even explosions.

An Arcade from the Comfort of Your Living Room

I used to make a near-weekly excursion to the local arcade armed with a roll of quarters and several hours to kill. These days, I’m armed instead with a bunch of Microsoft Points and a range of both old and new titles to enjoy through Xbox Live Arcade. And I couldn’t be a happier gamer as a result. Check out the Futurelooks YouTube Channel for more videos and live demos from E3 2009.

Discuss This Article in the Futurelooks Community Forums
Prev2 of 2Next
Share This With The World!