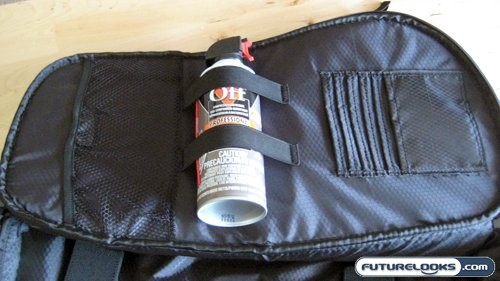 The inside of the flap for the main compartment of course has more storage; mostly meant to carry smaller objects. The mesh pocket at the top can be used to hold a disc envelope, cables, or a portable gaming system. The lower slots are for holding individual CDs, though I found it rather problematic to actually get discs into these slots. They also aren't well protected, which means they could scratch your discs from frequent removal. In future revisions, I would recommend that they use some of the same material that they use for their screen shammies. As for the middle straps, they are of course meant to hold cans of Dust-Off spray. You can hold two Juniors, or one XL. You can also strap in energy drinks, or anything else that won't fall out of the straps. 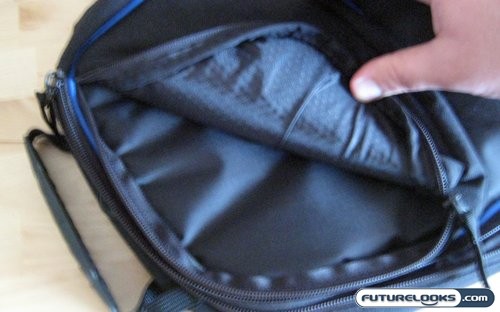 Once you have loaded up the main compartment and squeezed it shut, you can continue to stuff more gaming gear in the external pockets. There's a small pocket near the top of the bag where you can place your mouse, or anything else that's diminutive in size. 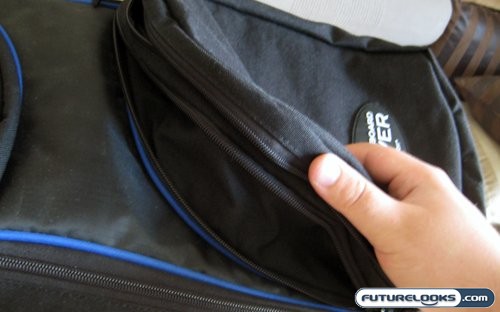 Further down there's a large main pocket, useful for stowing CD catalogues, tools, more cables, and anything else that might have been missed. This pocket is also expandable. Overall the Keyboard Quiver should be able to be loaded with a great deal of gear. 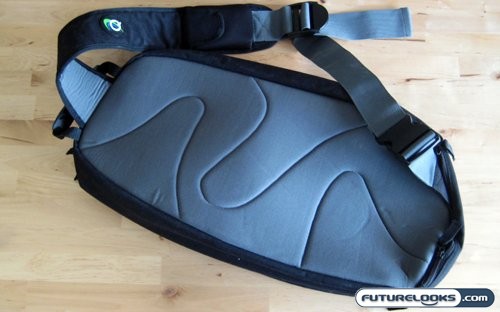 While on the move, I found this bag to be rather comfortable. The padding made carrying around all my gear less of a chore. You may chuckle at it, but at full load this bag weighed a decent amount, which may fatigue less active gamers I reckon. 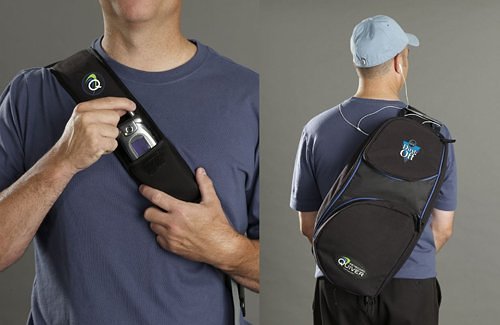 That being said, I'm also 6 feet tall (no the picture isn't me). This bag is rather tall, and might be cumbersome to someone of a small stature. Still I found the Keyboard Quiver to be no better or worse then some of the better laptop backpacks I've used, whether it was packed to the brim or only carrying a few gadgets.