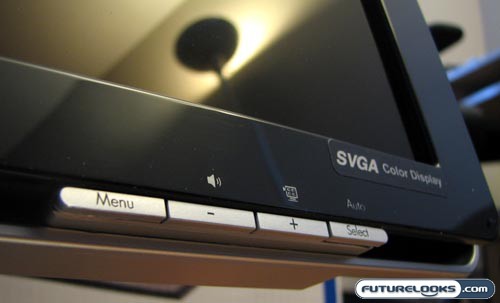 Naturally, you’ll want to make some minor adjustments through the on-screen display to suit your particular preferences. The buttons are located on the lower-right edge of the monitor and while they are aesthetically-pleasing, using them wasn’t nearly as fun. They’re too thin and right on the edge of the two-tier bezel, so they were a little hard to hit comfortably. You can blame HP for that and not the refurbishing process. 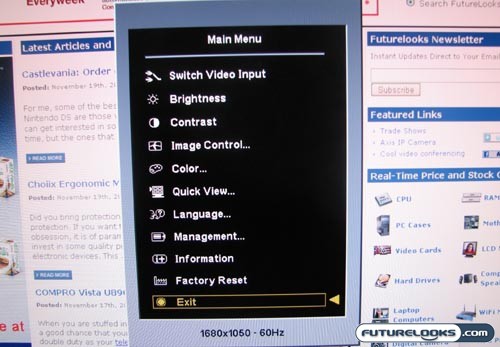 Not surprisingly, the on-screen menu interface runs you through the usual gamut of options, like adjusting the brightness, contrast, and so on. It is also here that you can run through the power saving options and that kind of thing. The TS-20W7 is also equipped with a few preset “modes”: movie, photo, gaming, text, and custom. Those are pretty self-explanatory. I stuck to custom and adjusted it to my own liking.

So, how does this debranded LCD display stand up against the competition? While regular web surfing and text editing yielded minimal problems, I did find a few notable issues upon further inspection. The viewing angles are not as good as I’ve seen on other monitors, like the Samsung SyncMaster T220; a monitor that I’ve previously reviewed. 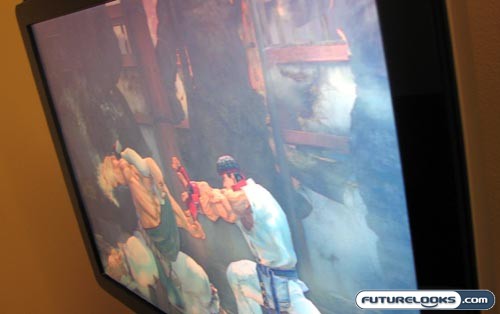 Taking an extreme horizontal viewing angle from either side produced a slight haze effect. This isn’t a huge deal, but a bigger problem arose when I considered the vertical viewing angles. 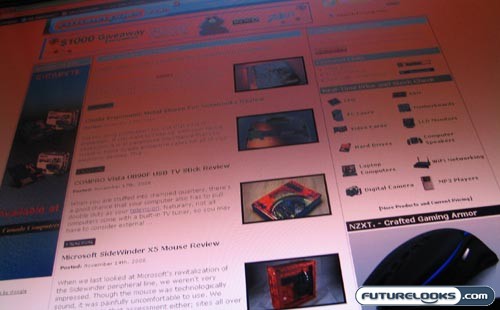 Looking down from the top was fine, but looking up from the bottom produced the image that you see here. That reddish glow is not a result of PhotoShop or my digital camera; that’s actually how it looked.

Now, it’s unlikely that you’d be staring at your monitor from such an extreme angle, but even minor deviations from a straight-on view did yield lesser versions of what is shown above. If you’re just checking email and watching videos on YouTube, this little bit of red won’t bother you too much. However, if you are doing any photo or video editing, or if you are doing any gaming, this could be frustrating.

Yes, you didn’t exactly pay for the best, so you shouldn’t expect the best when you take a look at a refurbished and debranded monitor, but I’d expect a minimal level of performance.