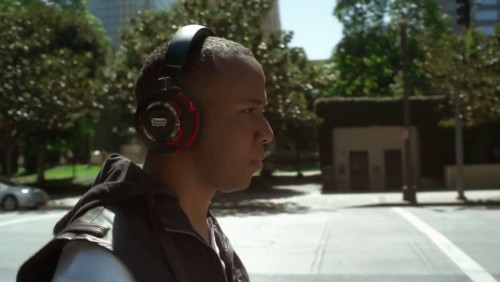 When it comes to gaming on your PC, you really want to have the complete package. If you want the best visuals in front of your face, you’ll want to invest in an appropriate graphics card and monitor. If you want to the best controls, then you’ll want to have the right keyboard and mouse at your fingertips. And yes, it is absolutely of paramount importance that you have incredible quality sound pumping in your ears too.

Whether you’re playing from the comfort of your home or you’re bringing your rig to a LAN party, having a really awesome gaming headset goes a heck of a long way. And right now, one of the best options on the market is the extensive Creative Sound Blaster EVO series. They’re great for gaming, they come from a long-standing tradition, and they’re super adaptable for the rest of your digital lifestyle too.

Before we dig into the EVO series itself, let’s take a little stroll down history lane. Creative Technology got its start way back in 1981, specializing in a broad range of consumer electronics . You might know Creative from their personal entertainment products, for example, but given the PC audience of Futurelooks, you probably know them even better for their Sound Blaster sound cards.

Today, Creative offers cutting-edge audio solutions, to be sure, as well as premium wireless speakers and portable media devices. The Sound BlasterAxx, for example, bridges the great divide between computers, smartphones and tablets. And with the Sound Blaster EVO Zx and ZxR, they’re offering the most intelligent headsets on the planet, placing premium sound cards right into the headsets themselves.

Heading Into Battle with EVO 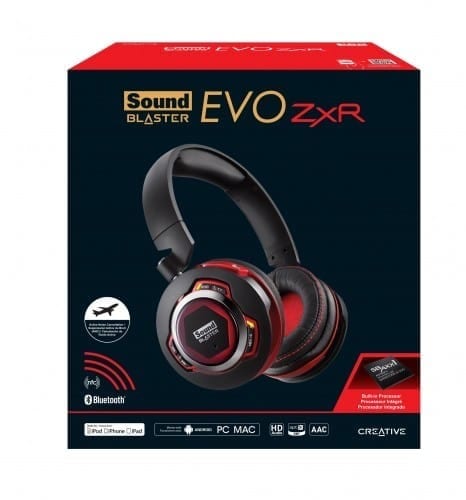 It only makes sense that with the more recent push toward gaming headsets and, more specifically, the Creative Sound Blaster EVO series of wireless/wired headsets that Creative turns once again to the professional gaming community for input and feedback. In fact, the EVO name is a great fit, given that the world’s largest and most famous fighting game tournament is called Evo and perhaps that’s why we find professional E. Honda masher Mike Ross in one of Creative’s newer videos for the EVO headset series.

Those of you who are fellow stream monsters might also recognize that other professional gamers are also proudly using headsets like the range-topping Sound Blaster EVO ZxR for their gaming needs. I know that “Filipino Champ” Ryan Ramirez rocks his EVOs when he’s on stream, for example.

Great Audio for Any Situation

In my review of the Sound Blaster EVO Zx on MEGATechNews, I talked about the great audio quality that I was able to enjoy while gaming, watching movies or listening to music, but I was also thoroughly impressed with the versatility of these headphones.

With NFC and Bluetooth, I can very easily use the EVO Zx as a wireless headset. I pair it with my phone and away I go. There’s also a standard 3.5mm stereo jack to work with just about any audio source, plus a separate detachable USB cable for when I want the full gaming experience on my PC. I loved having all the controls at my fingertips too, answering calls, adjusting the volume, and jumping between music tracks.

The Mike Ross video really helps to illustrate this kind of versatility, as he’s easily able to take the headphones from his home, onto the streets and into a public tournament in such a seamless fashion. And let’s not forget how great that high quality red and black color scheme looks too. 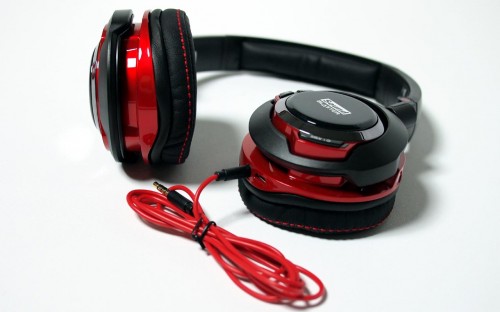 Headphones have evolved greatly over the years and the EVO series from Creative and Sound Blaster continues with that growing trend. We want great audio quality, to be sure, but we also want headsets that look great, feel better, and work with us everywhere we need them. Whether you’re talking with your friends on the phone, streaming music over Bluetooth or engaging in an intense gaming session on your computer, a good set of cans go a very long way.

For more information on Creative Sound Blaster EVO Series products, please head to this special microsite. They are also available for purchase at Amazon and Amazon (US) (in Canada) and on Amazon.com.