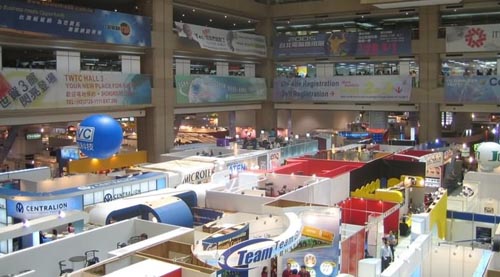 COMPUTEX has grown to become one of the largest computer and electronics exhibitions on the planet, being second only in size to CeBIT, which takes place in Hanover, Germany. To give a sense of how large COMPUTEX has become, you have to realize that it is even bigger than the monumental Consumer Electronics Show (CES) that takes place in Las Vegas each year. CES has grown to span the entire length of the Las Vegas Strip, taking over convention centers and hotel rooms from the Las Vegas Hilton all the way down to the MGM Grand. As for COMPUTEX, you’ll have to think bigger!

Even when we go back to COMPUTEX 2004, the trade show was home to over 1,300 exhibitors. There were well over 100,000 visitors that year and both of these figures have continued to grow at an exponential rates to this day. For example, in 2008, COMPUTEX is estimated to be visited by over 35,000 international buyers and there will be approximately 4,500 booths from about 1,600 international exhibitors. This will span a space of nearly 70,000 square meters and it will be visited by over 130,000 people. This is definitely the place to be for anyone interested in computers and electronics. 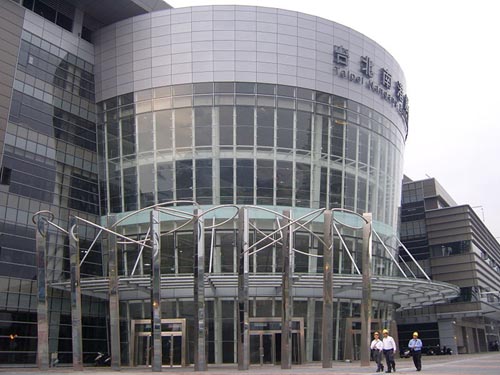 Up until now, COMPUTEX Taipei has been held at the Taipei World Trade Center. Because of the rapidly expanding size of the trade show, TAITRA (which runs the show) needed to find additional space for this year’s exhibition. Because of the nations commitment to this important event, they built a brand new exhibition center.  Beginning this year, COMPUTEX will be expanded to the brand new Nangang Exhibition Center, which is located about 15 minutes’ drive away from the main World Trade Center. 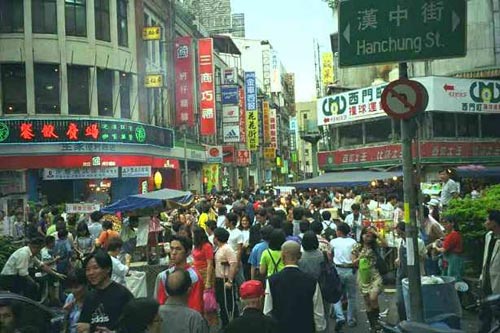 Construction on the massive $110 million Nangang Exhiition Center started in March 2005 and only opened its doors in March 2008, just in time for COMPUTEX 2008. The exhibition center is comprised of two floors. The ground floor has nearly 24,000 square meters of exhibition space, whereas the upper floor has about 23,000 square meters of space. It is now Taiwan’s largest exhibition hall with a total floor area of 144,000 m2, with seven floors and two basement floors. Hopefully, this extra space will be able to sustain the growth of COMPUTEX for at least a few more years.