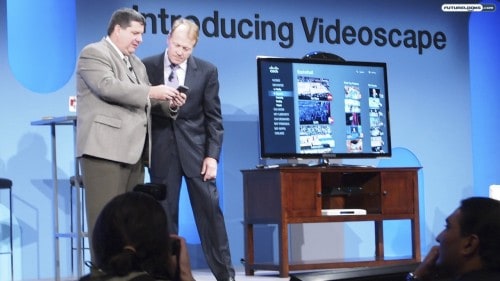 Cisco tells us that “the network is the platform.” Instead of focusing on the hardware, Cisco is more interested in developing an architecture and software to support the ability to enjoy “any content on any screen.”

It is with that philosophy that Cisco unveiled Videoscape. Instead of having compartmentalized channels, you can access everything from a single interface, whether it be conventional TV, partner sources like iTunes, or social video sources like Facebook, YouTube, and Cisco’s own Flip camcorders.

The software client can be loaded on any number of different devices, including set-top boxes, mobile phones, tablets, and so on. Everything is synchronized through the cloud, allowing you to pay once and have access anywhere.

Samsung: What a Thin Bezel You Have! 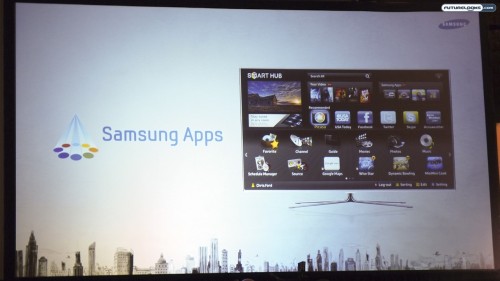 Samsung is promising “the smarter life” with its CES 2011 lineup. At last year’s press conference, we learned about the Samsung Apps that would be found on a range of televisions. this year, we learn that a full two-thirds of models will offer that “smart” functionality. There have been 1.5 million downloads of the 300 apps (and counting) thus far. 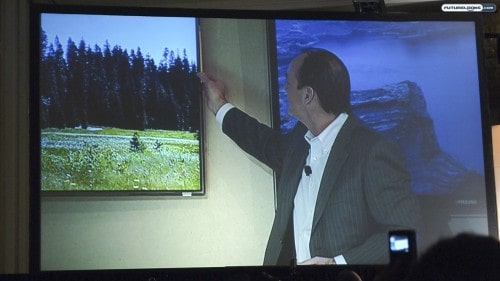 It’s one thing to have a television with a thin profile, but you still have an unsightly bezel going all the way around your display. Well, Samsung just got on the cutting edge, so to speak, by offering the D8000 LCD TV with a bezel no wider than a pencil. The metal bezel is just 0.2-inches all around.

On the plasma front, they’re offering thinner bezels too. The outside diameter of the televisions will remain the same, but the actual screen size is stretched by one extra inch. Your 42-inch plasma just turned into a 43-incher.

Panasonic: End-to-End 3D Video for All 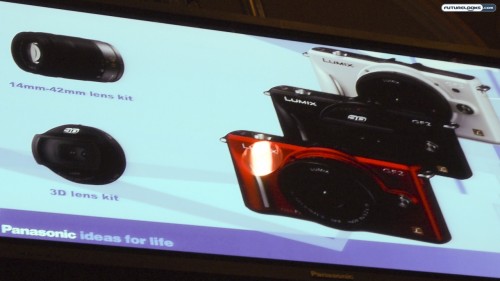 Panasonic was proud to unveil its consumer-level 3D camcorder at CES 2010. This year, they’re extending that idea by offering a full end-to-end 3D experience for the world. You can shoot 3D pics with the Panasonic GF2, for example, if you grab the optional 3D lens.

Naturally, Panasonic is offering a range of 3D televisions and 3D glasses too, but they want to take it even further with 3D video conferencing as well. This extends the Skype TV functionality that they touted in 2010.

VieraCast, which was originally shown to be a way of getting more online content on your TV, has been rebranded as VieraConnect, complete with VieraConnect Market for TV-optimized apps. You can expect everything from HuluPlus to Ustream and more.

Motorola thought it was on top of the world with RAZR, until the rest of the industry continued to innovate as it sat idly by on its slim flip phone. The good news is that Motorola has really brought back its “A” game with its line of Android devices. The unveilings at this year’s CES are no exception. 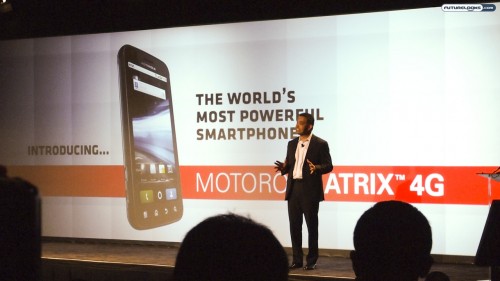 Easily the most eye-catching of them all is the Motorola Atrix 4G. Set to become available through AT&T, Bell Canada, and Orange UK, this phone gets powered by a peppy dual core processor, 1GB of RAM, and 4G connectivity. The real kicker, though, comes from the two docking stations. One effectively converts the phone into an 11.6-inch netbook, complete with a custom “Webtop” interface that is closer to a “real computer” experience, complete with a full desktop version of Firefox and Flash 10.1 support.

Among the other announcements were the new Motorola Bionic (with 4G LTE via Verizon) and the Motorola CLIQ 2 (with MOTOBLUR for T-Mobile), both of which do the Android thing in a particularly expedient manner. Not surprisingly, Motorola also formally unveiled its Motorola XOOM, an Android Honeycomb powered tablet that’ll get the Verizon LTE treatment later this year.

We’re frantically working on getting your more news, videos, and coverage of this year’s Consumer Electronics Show in Las Vegas. Keep an eye on our Twitter, Facebook, and YouTube channels, as well as the main Futurelooks site for more as it develops. We’ve also got more pics from our press day after the break.