So, we have a CPU, motherboard, and some kick a$$ HyperX Genesis memory. Now, we need a CPU cooler, a computer case, and a monitor, 3D if you please. Zalman announced their new CNPS11X Extreme, Trimon 3D monitor, and Z9 Plus computer enclosure at CES 2011 and we got the royal treatment. Check out this video for all the goods…

A couple of my favourites include the new ZALMAN CNPS11X Extreme CPU cooler. I think it really deserved one of those innovation awards. It looks full sized, but it’s not. Engineers removed some of the useless fins which cut down some of the weight but increased surface area by packing fins into a denser area.

Also great was the Z9 Plus is the improved successor to the popular Z7 Plus budget chassis. They redesigned the interior to satisfy enthusiasts and regular users alike. It features a temperature display, the latest front panel expansion support, and the cool LED fans needed to impress the onlooker at your next LAN party. 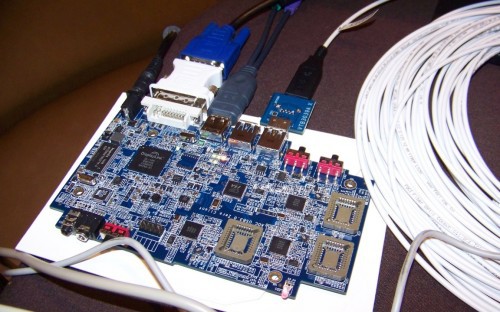 One of the markets that’s been a great challenge for both the technology sector and politicians alike is education. There are far too many schools around the country devoid of proper exposure to computers that ensures our youth are unprepared for the future. Innovative thinking from Intel and VIA seem to have come up with some solutions. 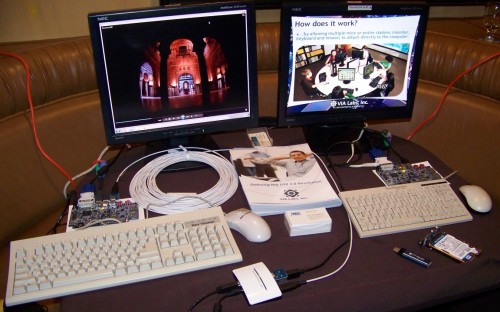 The Labs have been busy working on the USB 3.0 Zero Client. This simple little board makes it possible to connect multiple clients (up to 10) to a single server without an actual co-processor of any kind on the PCB. Traditional classrooms require multiple systems to achieve the same objective. I for one think it’s time uncle Sam put some effort like this in to education. Not to mention, it’ll cost less with this technology.

There’s always a lot more tech to talk about. But, many times it’s not ready to be released and they just tease us with it behind closed doors. We’ll be adding more content in the coming weeks that will relate back to much of what you saw here. In the meantime, check out the rest of the massive CES 2011 video library on our YouTube Channel and keep an eye on our front page as we roll out whatever we’ve got left.