Search
Home
News
Prev4 of 7Next

For a long time now, people have been asking RAZER to do a wireless version of one of their exceptional gaming mice. Time and time again, they said no, obviously because everyone equates wireless with lesser gaming performance. For a while that was true, until RAZER figured it out... 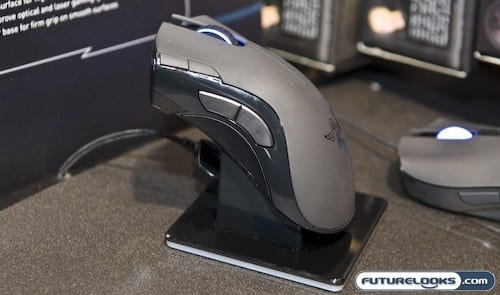 The new RAZER Mamba's wireless gaming mouse combines a 5600dpi laser sensor with a rechargeable lithium Ion battery that lasts for 14 hrs of continuous gaming. The 2.4GHz wireless technology provides the magical 1ms response time which is equal to it's wired counterparts, allowing you to truly cut the cord without any sacrifice in performance. 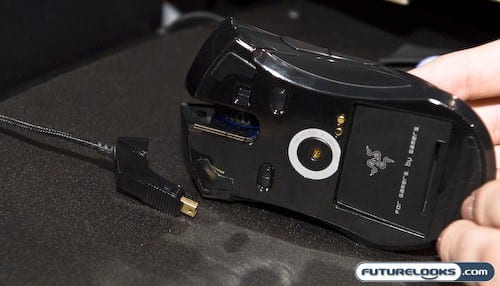 The Mamba's best feature is probably it's ability to operate both wired or wirelessly. When you're running low on power, you can simply plug the power cord directly into the mouse and continue gaming without interruption. Onboard memory allows you to store all your macros so you can remove the software after programming and they've even done some tweaks to the shape to make it even more comfortable. It's definitely a totally rethought product that seems very well done and we can't wait to get to testing this out when it becomes available. Pricing has been set for a cool $149 US so start saving. 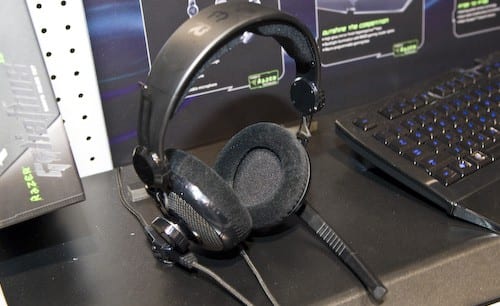 RAZER also created a new headset called the Carcharias which offers super-lightweight with some larger and very comfortable ear pads that fit over the ears. Big ear pieces are definitely more comfortable than earpieces that sit on top of the ears, especially after long gaming sessions. Interchangeable ear cups further customize the fit to your needs. Other features include a significantly improved noise canceling microphone to ensure that your orders are heard loud and clear and is finished off with an inline volume control. The headphone cords are also covered in a durable weaving that prevents the cords from getting torn up in the heat of battle. They'll be going out for $79.99 US. 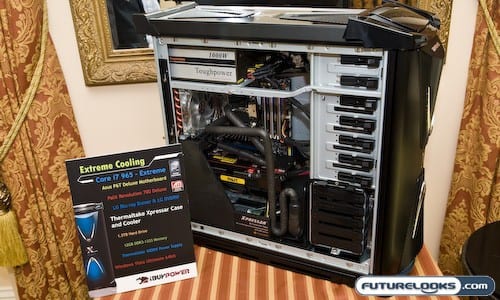 When it comes to high end cooling, it's either going to be huge heatsinks or water cooling. Well, iBuyPower seems to have picked up the exclusive to be the first to sell systems with Thermaltake's Express Car Freon based cooling system. We originally saw this system at COMPUTEX 2008 and I did wonder where it eventually ended up. Pricing should be inline with most high end liquid cooling systems so expect iBuyPower to be able to put out a system at a reasonable price either with an AMD Dragon Platform or INTEL's Core i7 Platform.