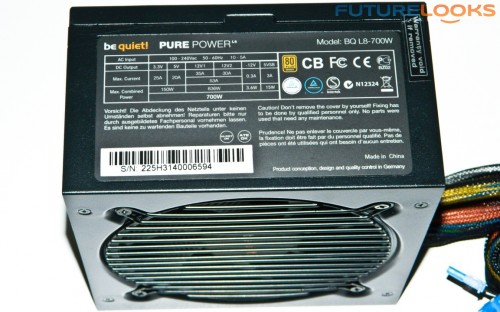 The unit was tested under two profiles: artificial and system load. Keep in mind that an artificial load does not draw power as a computer system. Instead, it pulls a steadier load for the most part. However, the system test is performed using the previously mentioned test system to check real world performance. It is not recommended that you power your system using "just enough" power but rather with at least 150 or more watts. 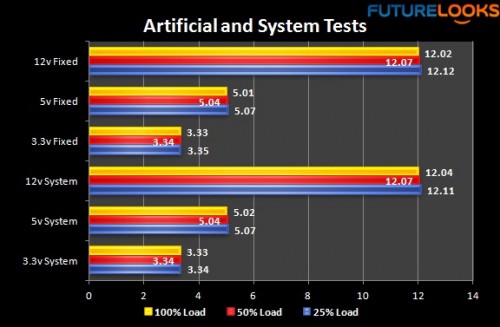 Voltage output and ripple is actually quite respectable. There is a little variance in power output between the artificial full load and test system load. The artificial load maxes out the unit in a steady fashion while the other is drawing a less steady, more random current through the load test suite. Maximum ripple reached just about 45mV which is perfectly fine. At 25 to 50%, the PSU was close to 87% efficient. At 100% load, the unit was 85% efficient. The unit eventually did its job up to nearly 800 watts before shutting down as expected. The bottom line is that you're not going to lose any any components to dirty power.

The purpose here is to see how audible the PSU is when plugged in to just the test system with and without enclosures. The artificial load can create unrealistic results so this is only the test system results. At 25% load, we have essentially a desktop idle system. At 50% load, we would be doing just a little extra work. At 100% load, we're getting some serious gaming on!

When idle, the PSU is essentially a low whisper but loud enough to hear from 30 inches away. It's inaudible in the case. It's during medium to full load situations that you will hear the PSU, especially at full load when more vibrations tend to assist in creating noise. This is a standard results for most any PSU on the market. 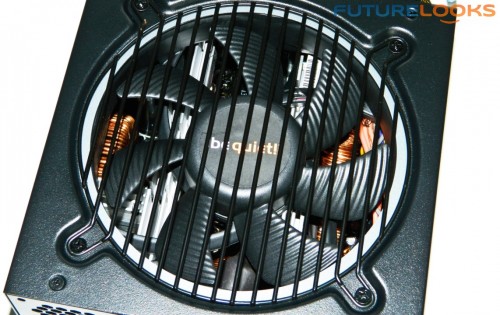 To summarize, the be quiet! Pure Power L8 700W Power Supply in a phrase, this is a strong little 80Plus Bronze unit. The voltage output is more than clean enough to power peripherals for years without unnecessary wear and tear. Its 84% efficiency is almost enough to score a Silver efficiency rating. The heat exiting the unit really doesn't seem to be all that warm indicating that perhaps the fan's RPM rating is just a bit much. Still, it's nice to err on the side of caution than sacrifice the unit's life. Either way, you won't easily hear the unit inside your enclosure at 50% or even 70% load.

It's not common to find 80PLUS Bronze level units that are so robust ,which puts this product in a rare position to satisfy an enthusiast that requires nothing less. Unfortunately, programmed consumers don't often see the value past the sale price or lack of modular cabling. At the same time, I can say with certainty that you will get a very strong "power plant" that is worth far more than modular cabling. I would definitely recommend investing in the Pure Power L8 700 well before buying something cheaper, unproven, and modular.