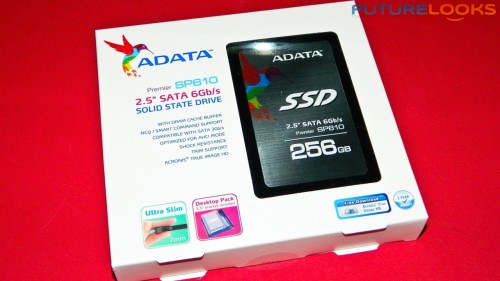 ADATA has recently, they launched their latest SSD featuring a new controller. As part of their Premier series, this new controller helps ADATA service customers who need bang for buck performance, positioned just below their Premier Pro line. The Premier series gets a new model dubbed the SP610, which comes in a range of sizes. The SP610 sports a new Silicone Motion (SMI) controller which is something we haven’t yet had the opportunity to evaluate, but it does allow ADATA to drop the price for a more competitive offering. Today, we’re going to be putting the SP610 256GB SSD through its paces for you. 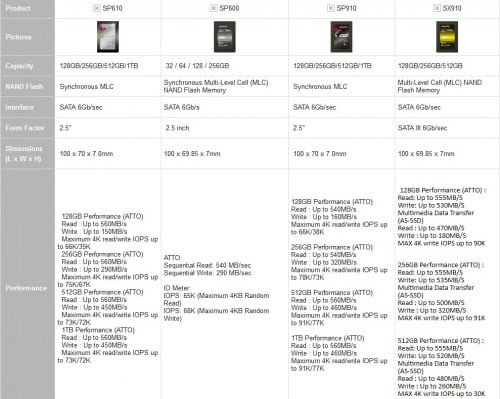 Understanding the ADATA SP610 SSD is as simple as understanding the SMI controller which hasn’t seen regular action in SSDs to date. The one used throughout all the SPx10 is models is called the SM2246EN. It’s SMI’s first 4-channel 6GB/s controller designed for desktop use which could potentially lessen costs to SSD pricing down the road. Most professional users recognize SMI for commercial or enterprise storage, so this isn’t just some new player trying to shake things up with a low price. 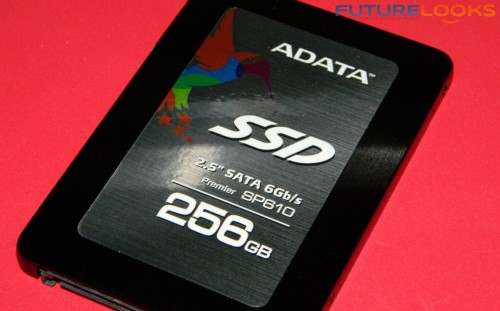 Pricing could continue to drop a bit more as other vendors offer their higher capacity SSDs into the marketplace as well.

The ADATA Premier SP610 package includes a 2.5 to 3.5″ adapter with screws so you can mount the SSD in any computer case that doesn’t normally accommodate 2.5 inch drives. With its build quality and construction, t’s one of the best adapters available with an SSD we’ve come across to date. There is also a small stick-on adapter in case the SSD is too thin for a drive bay that expects a 9.5mm height unit as the SP610 series is all set at 7mm in height.

Finally, the ADATA Premier SP610 comes with a special Acronis software key on the back of the SSD. The Acronis program can be downloaded directly from ADATA which can be used to mirror over your existing hard drive, or older SSD over, saving you time and getting you going more quickly. 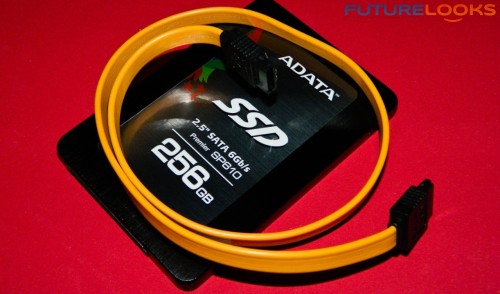 We have some tests of new M.2 and standard SSDs on this very platform, so make sure you come back for those reviews soon. In the meantime, you’ll be happy to know there wasn’t any problems detecting or installing the ADATA Premier SP610 SSD on this system setup. Additional testing on Intel Z68, Z87, Z97, and a few various AMD 700, 800, and 900 chipsets detected the SSD fine.

Performance results can vary from system to system depending on BIOS versions and driver up dates. Our Intel Z97 platform is of course on the latest available drivers and BIOS available at the time of testing for best performance.

Speaking of performance, let’s start showing off the results.