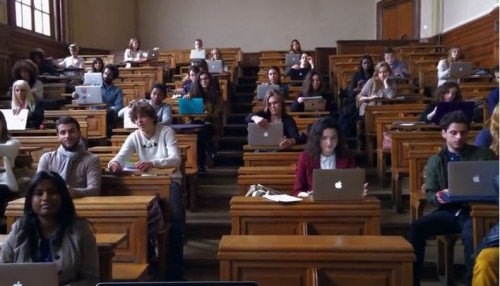 Believe it or not, the original Mac computer from Apple launched a full three decades ago. We’ve seen a lot of changes and innovations over the years, including the significant shift to mobile with the iPhone and iPad, as well as the increasing popularity of the MacBook. Futurelooks is more about the DIY PC side of things, but we have to respect what Apple has been able to accomplish, even with the newest Mac Pro, that while upgradeable, currently cannot be beat on price by a DIY PC. That’s something.

To acknowledge and celebrate the storied history of the Mac, Apple opted out of getting a spot for a Super Bowl commercial and instead launched a 90-second video of their own the next morning. There are a few things that make this tribute video special. First, all the footage was captured on iPhones and not on larger, “professional” cameras. Second, all the footage was captured on the same day: January 24, 2014, the exact day of the Mac’s 30th anniversary. And third, all of that footage was sent back to their LA hub in real time so that it could all be chopped together. And they got Ridley Scott’s son Jake to oversee the project, along with 21 editors. All said, 70 hours of video were recorded from 15 camera crews around the world.

The net result is pretty darn nice and it could easily rival any commercial shot with a “real” camera using a “real” shooting schedule. Yes, some “additional equipment” was used, but it’s still quite the accomplishment. It’s a great way to pay homage to the “innovations that trace their lineage back to the original Macintosh in 1984.”