The new NVIDIA GeForce GTX 980 Ti recently hit the planet like a bolt of lightning offering more CUDA processors and memory bandwidth to satisfy the extreme gaming enthusiast. The Maxwell GPU shares all the familiar features of the original GTX 980 which is a very powerful GPU in its own right, but still ones ups it on paper. The ZOTAC GeForce GTX 980 Ti AMP! Extreme Edition, is the first wave of enhanced, non-stock models that boast the fastest internal frequencies to date. With three cooling fans, heat pipes, extreme frequencies and 6GB of video memory, this video card is poised to beat all others right out of the box. 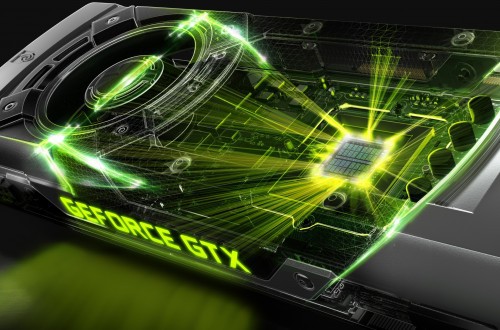 Gamers continue to get the GeForce Experience in case you don’t like to guess what settings are needed to find an enjoyable gaming experience. We also get GameStream for streaming to portable or mobile devices which of course includes the NVIDIA Shield. 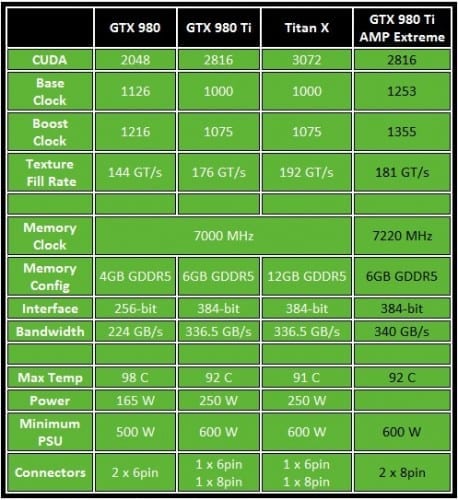 As you can see (above) GTX 980 Ti has more CUDA cores, more video memory and higher frequencies compared to the already impressive GTX 980. Naturally, we want to know how the ZOTAC GeForce GTX 980 Ti AMP! Extreme video card stands in comparison to NVIDIA’s other GPUs.

Unlike the stock configuation, the ZOTAC GeForce GTX 980 Ti AMP! Extreme Edition requires two 8pin power cables to function. No doubt that due to the higher frequencies that often require a little extra power, helped by ZOTAC’s own custom PCB and packaging. In this respect, I would recommend at least a 600 Watt 80PLUS Gold PSU. A proven brand 650 Watt or higher standard 80PLUS Bronze should also work fine.

The pricing spread of the base NVIDIA GeForce GTX 980 Ti cards is around $660 which is also where ZOTAC starts pricing. However, our particular ZOTAC GeForce GTX 980 Ti AMP! Extreme comes in at $699 USD. That’s not too unreasonable given it’s current fastest model available. 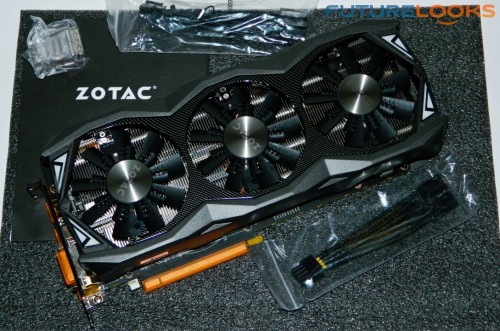 So what do you get for $699 USD? The bundle is pretty basic (as is the case with 99% of the cards available). You’ll get two dual 6pin to 8pin PSU cable adapters, VGA to DVI adapter, drivers/software disc and manual. It’s great that the adapters come with it because if your PSU doesn’t have two 8pin cables you’ll for sure need them to run this card.

Let’s have a look at what this card looks like next!