One of the design features that makes the ZOTAC GeForce GTX 980 Ti AMP! Extreme capable of higher frequencies is the nicely designed Triple 90mm IceStorm GPU cooler, which is very similar to the one that came attached to their GTX 980 AMP! Extreme model. However, this cooler makes the card quite large and heavier which therefore requires a back plate.

Given its size, the card will take up roughly two and a half slot spaces so plan accordingly. 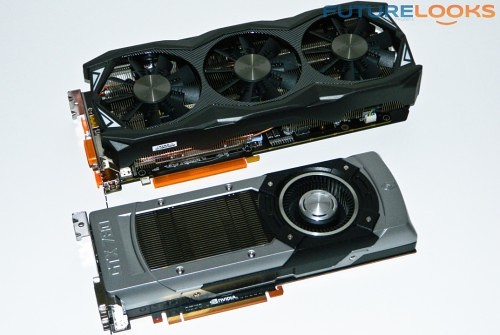 The IceStorm consists of a Carbon ExoArmor shroud which is actually simulated carbon fiber, housing three EKO fans. These fans are found only on the GTX 980 Ti AMP! Extreme and AMP! Omega. They most likely produce about 40-45 CFM of airflow each. While the cooler design dissipates heat inside your case, a good computer case will have efficient air flow to offset internal temps.

A Quick Word on ZOTAC Freeze Technology and Power Boost 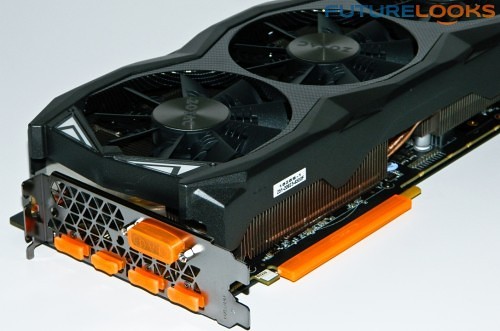 Freeze (Start Stop) Technology is ZOTAC’s name for their card’s ability to keep the fans idle when not under heavy load. Naturally, if the GPU temp is low enough, the fans will barely spin when working on something minor which makes for a really quiet workstation. This is one of NVIDIA Maxwell’s greatest features. 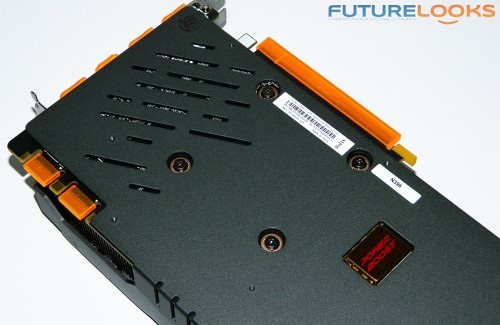 Power Boost is something engineers added to manage ripple noise and power fluctations. The result hopefully increases the life of the card. Other manfucaturers have paired similar feats of engineering to increase life and maintain increased Boost Clock frequencies. The important thing is to achieve these results without creating component noise. No one likes noisy electronics. We’ll find out if all this technology works in our testing.

Often we hear enthusiasts assume a high end graphics card will be found on a high end system. However, gamers will more often spend more on graphics. Therefore, we’re using a system suited for gaming.

A few earlier generation video cards (not listed) were included for comparison. Your CPU will definitely influence frame rates. Ours is a stock 4 GHz processor. So keep that in mind with your system.