What comes to mind when you think about Napa Valley, California? Perhaps you envision wide, expansive vineyards. Maybe you think about your favorite bottle of wine. For me last week, it meant congregating with my fellow technology nerds to talk about some of the latest developments in computers, particularly in relation to the rise of gaming culture and how hot new hardware can empower the best gaming experience.

I was invited out to this special event by the good people at Gigabyte Technology, Corsair Components and Intel. Here are some of the key take-home messages.

Intel: The Process of Gaming 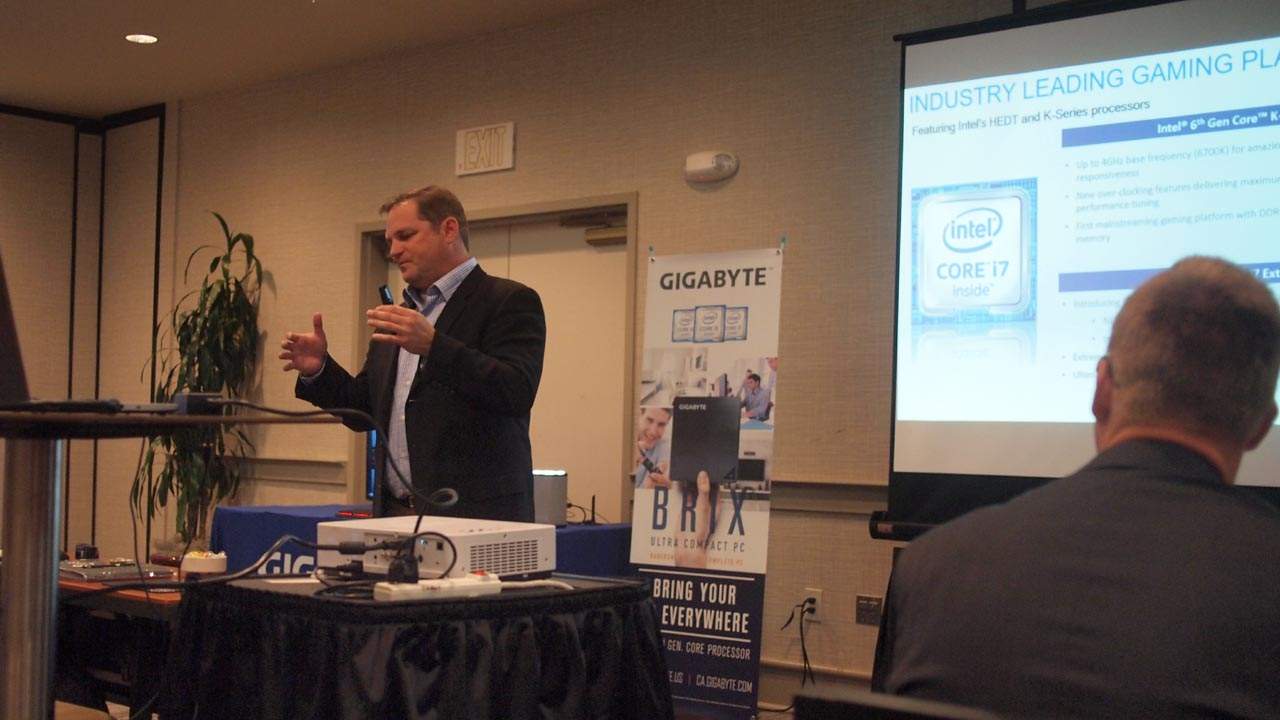 Kicking things off was Intel Desktop Director Heath Winston. He discussed how Intel very much recognizes the continued growth of the gaming industry, responding to the increased demands from eSports, streaming, and VR gaming. Virtual reality, as they say, is now real. When you consider that there are approximately 1.2 billion gamers around the globe spending upwards of $90 billion a year, that’s a market worth noticing.

At this time, Intel feels strongly that they want to deliver the best possible experience for gamers. As such, they’re not as interested in scaling down into a lower-end VR solution like its primary competitor. Instead, they’d rather focus their energy on something like the Intel Core i7 Extreme Edition, the first 10-core desktop processor from the company. With Intel Turbo Boost Max Technology 3.0 and the Intel X99 chipset, you get the “ultimate platform for content creation, gaming and overclocking.”

Gigabyte: Gaming on All Levels

A company that is certainly no stranger to the PC gaming and PC DIY communities is Gigabyte. They’re continuing to be dedicated to the “Ultra Durable” mantra by developing X99 and Z170X motherboards that can stand the test of time. One such technology is the anti-sulfur resistor design. An alloy layer is added to protect the solder layer from sulfur compounds in the air that may otherwise penetrate resistors. Sulfur can elicit a chemical change that can cause resistors to open or short.

Similarly, the Ultra Durable Armo is designed to minimize the metal fatigue that can result from your memory and graphics cards on your motherboard. They say this designs results in 1.7x and 3.2x better strength in the breaking and retention force tests, respectively. You might also be familiar with the new Q-Flash Plus system for easy BIOS updates and the refreshed BIOS interface. They’re also planning on Thunderbolt 3 implementation on new motherboards soon with support up to 40Gbps transfer speeds. 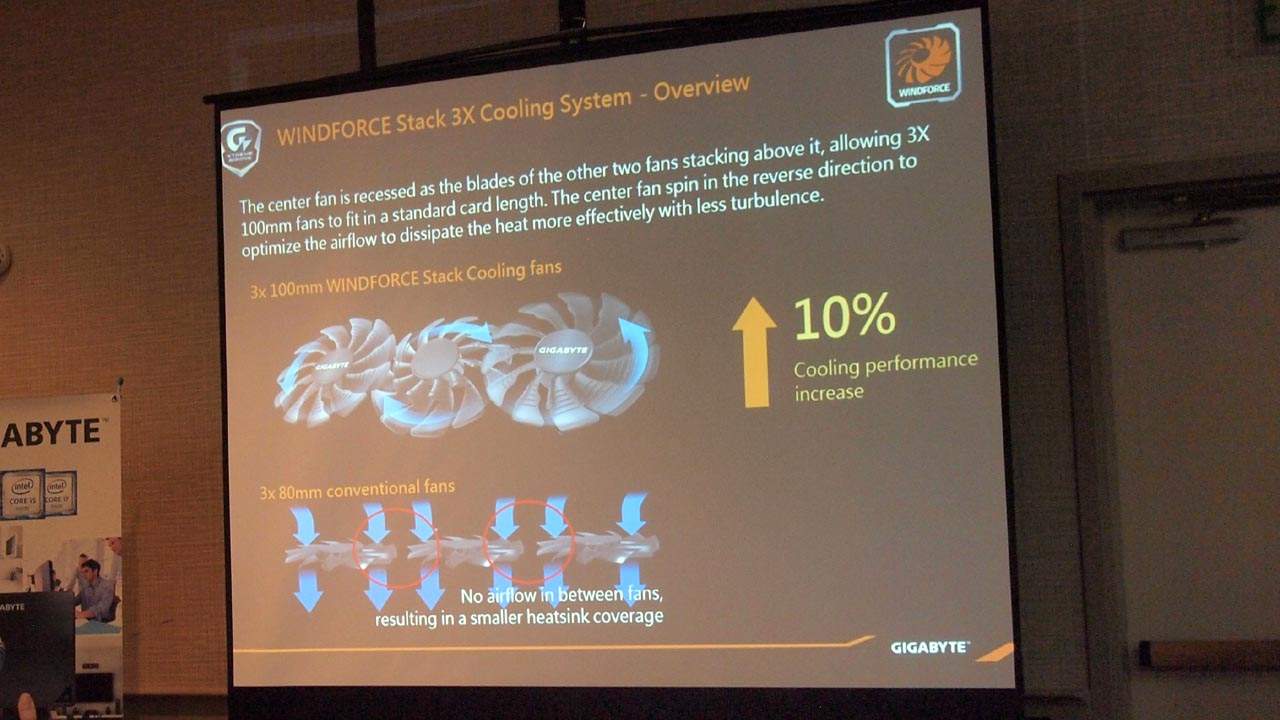 On the VGA side of the equation, the new GIGABYTE GeForce GTX 1080 Xtreme Gaming graphics card offers all the top-end performance that you’d expect from such a card. It’s naturally set up for all the VR awesomeness you could want too, including a special VR mode accessible through the VR Link software to unlock a total of three HDMI ports, two of which can be reached through the front panel.

Perhaps more notably is the new WINDFORCE Stack 3X cooling system on this GPU. Normally, the fans are side-by-side-by-side. In this case, the center fan is actually “stacked” on top of the two outer fans. They’re all 100mm in size with the center fan featuring a unique blade design where the inner side has a steeper angle. The double ball bearings also provide better heat endurance and efficiency over standard sleeve bearings. The net result is fewer dead zones and better cooling, though the card itself will take up 2.5 PCI slots in space.

The standard card will sell for $679. The premium pack, which bundles in extra accessories like the VR Link front panel, SLI bridge, and VR Link extended bracket, will list for $20 more. 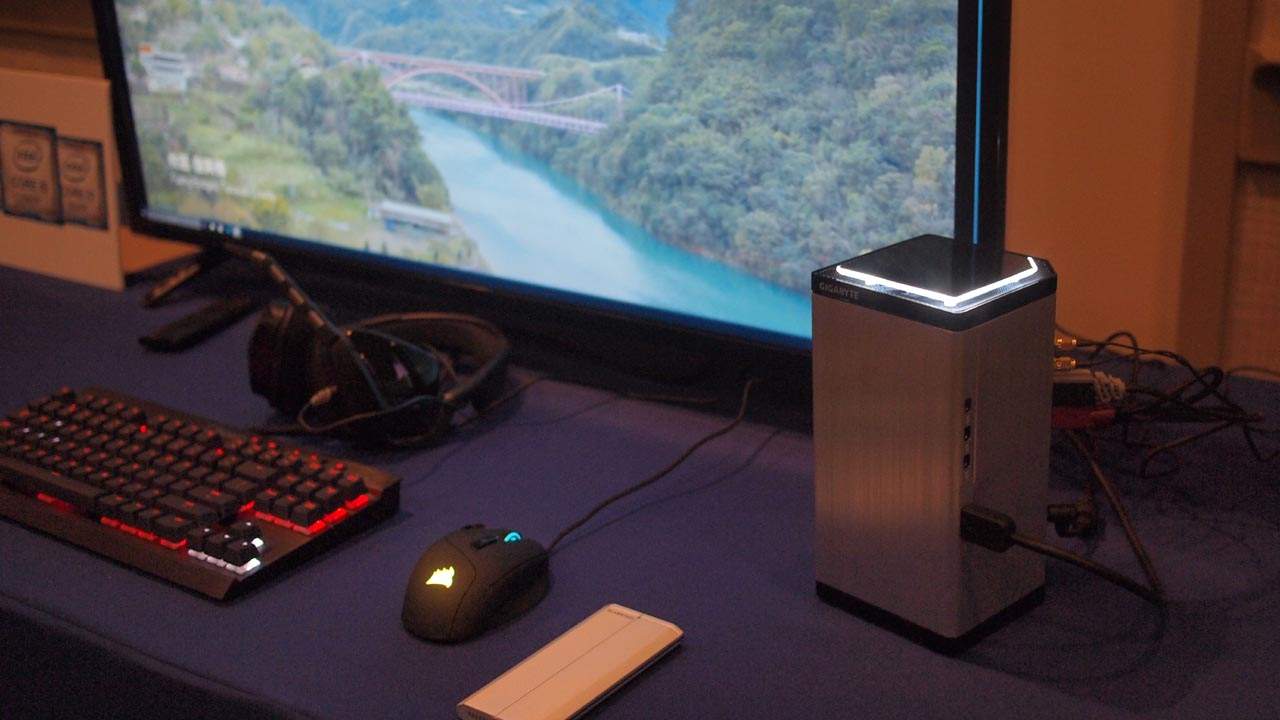 For people who can’t be bothered to build their own computer and want something considerably more compact than a standard desktop tower, Gigabyte has expanded its BRIX family to include the new BRIX Gaming UHD. The footprint is about the same as the other BRIX units, but the BRIX Gaming UHD is considerably taller.

Despite its remarkably small size, this metal-bodied PC boasts GTX 950 graphics to support multiple 4K displays. That’s really impressive and could make it the perfect home theater PC for comfortable living room gaming. We’re expecting to see this retail for around $1299 to $1500 when it launches toward the end of the year. 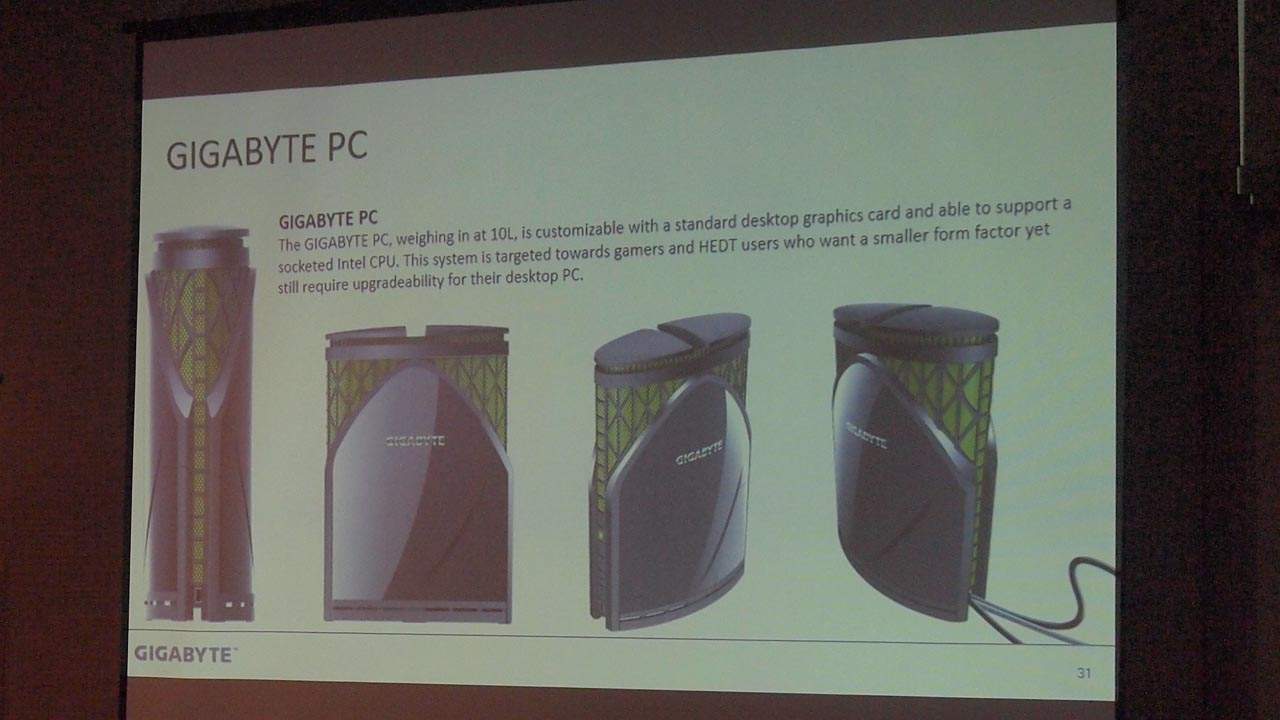 For something more substantial but equally convenient, the GIGABYTE PC is about the same size as your standard home console like a PS4 or Xbox One. The slightly rounded chassis is 10 liters in capacity and will likely be offered in a range of SKUs and configurations for different markets around the world. This is expected to ship in the next couple of months in the $1500+ range. 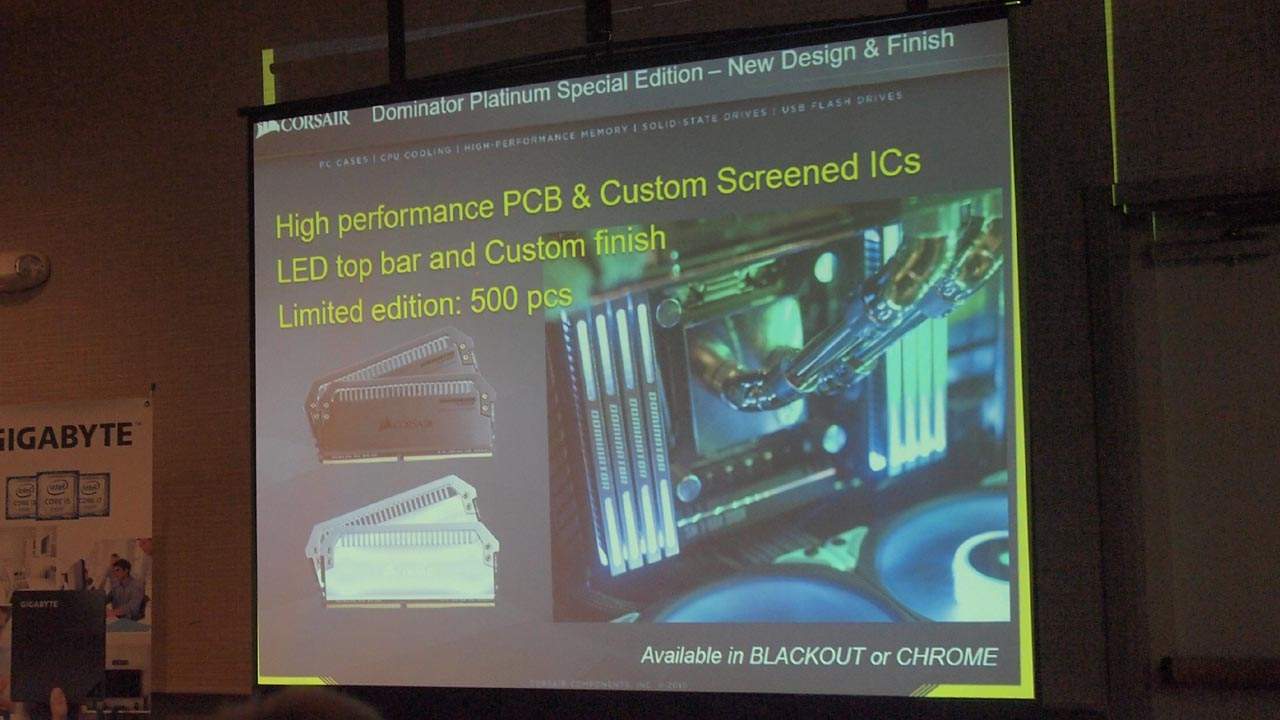 Rounding up our PC-oriented gaming adventure in California’s wine country is Corsair Components. The company got its start in memory, so that’s where they started their presentation. A big part of their company vision in the last few years has been the increased adoption of RGB lighting. We see it in their mice and keyboards, for example. That extends to the Vengeance LED RAM, which is available with red or white LEDs built into the new heatspreader design.

The Dominator Platinum Special Edition RAM, available in blackout or chrome, was also highlighted. You get a much cleaner front appearance with a top bar of LED lighting for dramatic effect. This is a special edition, so they’re limiting the production run to about 500 pieces. 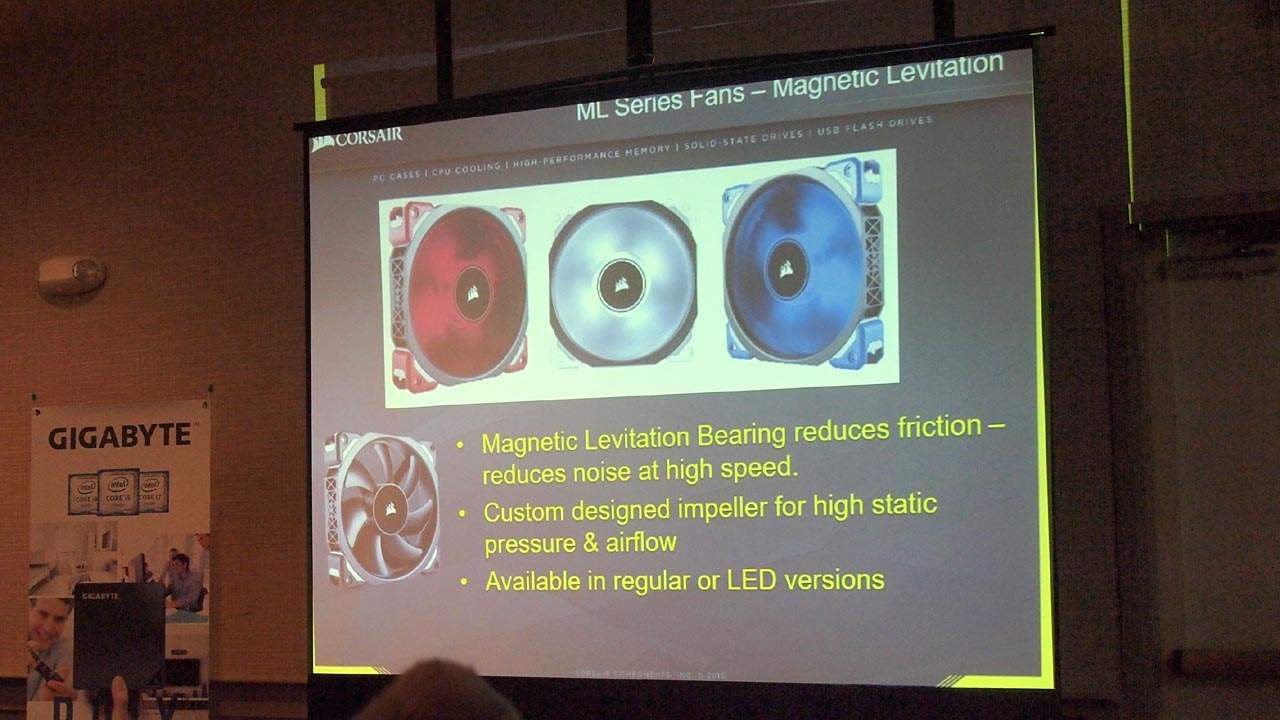 Moving beyond memory, we look at Corsair’s cooling solutions. The “ML” in their ML fans stands for magnetic levitation. Much like the “Ultra Durable” mantra of Gigabyte, the maglev technology here reduces wear and tear. You get less friction, lower noise, and improved static pressure and airflow. As can be expected with Corsair these days, the ML fans will also be available with LED lighting, though not RGB just yet. If you’re not so flashy, LED-free versions will be sold too. 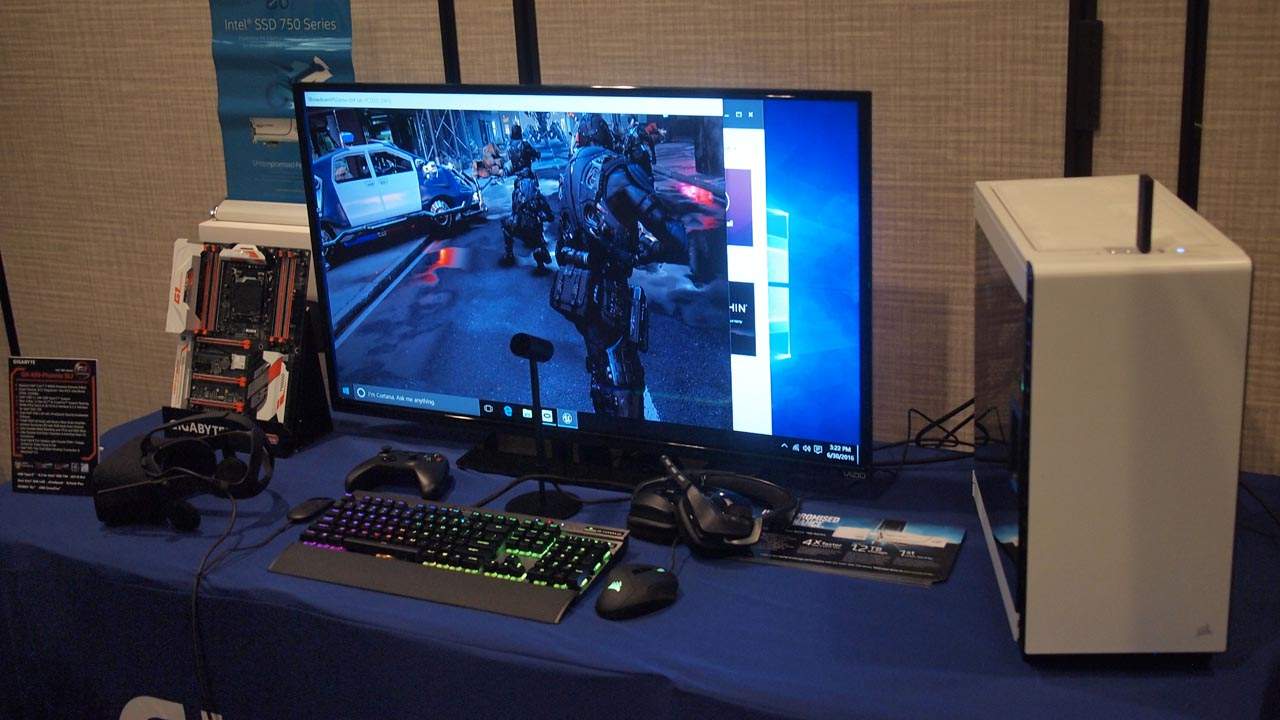 Sometimes, all you need is a new color and that’s what they’re doing with the Corsair Carbide Series 400C White chassis. You get the same compact ATX form factor and full windowed, swingout door, but the outside is decked in white for about $10 more. Moving forward, Corsair is considering case accessories for greater personalization. Would a white PSU cover for your white Carbide 400C interest you? 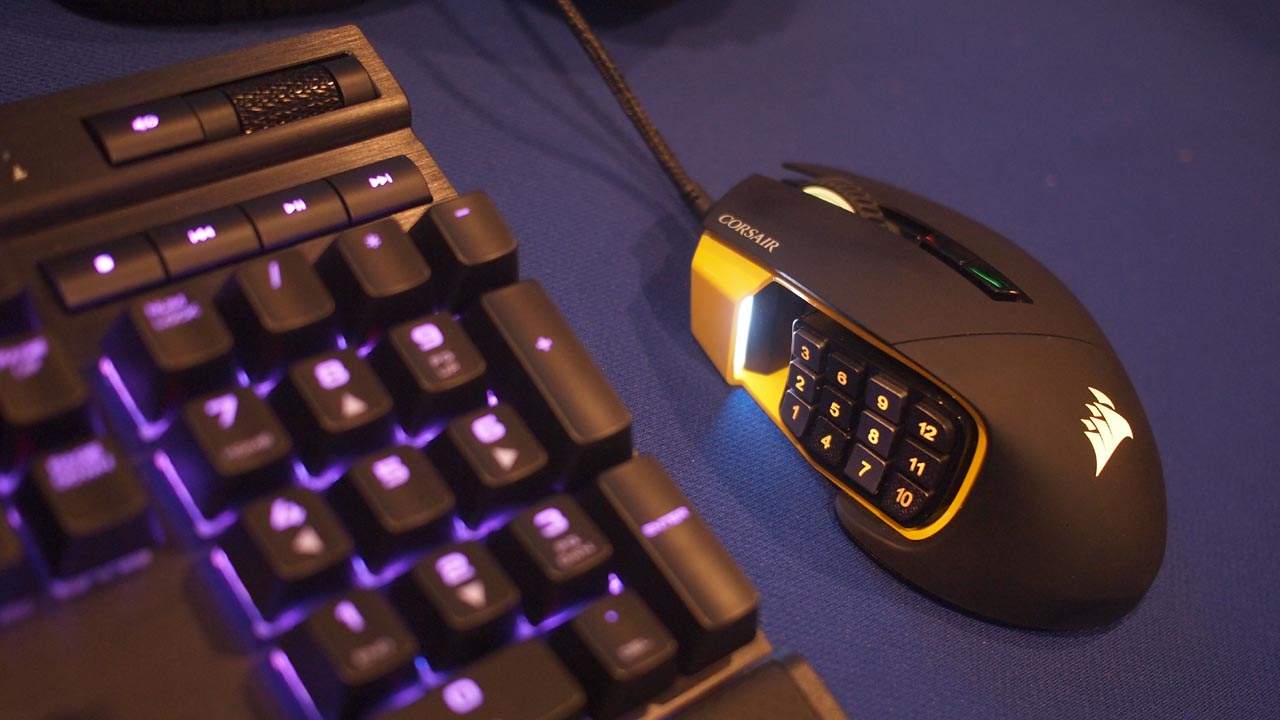 People have been saying that PC gaming is dying for years. Yet, it’s still here and more popular than ever before. With increased advancements in VR technology, with the increasing popularity of live-streaming and eSports events with mega production value (and even real TV coverage, PC gaming certainly isn’t going anywhere for quite some time. And Intel, Gigabyte and Corsair will continue to facilitate an exceptional gaming experience for everyone.