Processors seemingly come and go as fast as the seasons. One minute, your system is the top of the line and the next it’s last month’s news. Sometimes, newly revised processors make sense and sometimes they don’t. If you’re an enthusiast who likes to stay as current as possible, it’ll eventually drive you crazy. Thus, you can easily imagine the confusion (and borderline insanity) that people researching new computer upgrades are going through. 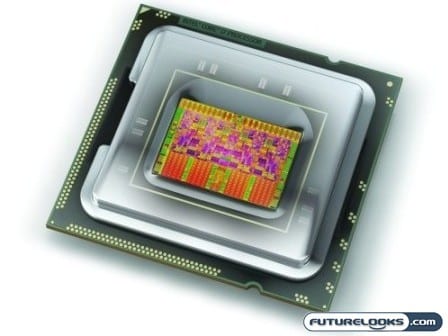 The latest Intel processor to hit the market is their Core i7 975 Extreme Processor based on the Nehalem core. It’s Intel’s new top of the line desktop CPU with some modifications that may benefit you if you’ve been holding out for a faster, more efficient processor. Or, perhaps you simply don’t like buying first revisions because you’d like to see if something better comes along. Read on and see if the i7 975 (D0) is the chip that measures up to your standards.

If you weren’t privy to the i7 naming convention, any processor ending in a ‘5’ makes it an Extreme Edition (XE) and offers an unlocked Multiplier. Non-XEs are not unlocked. This makes this the ideal series for enthusiasts who don’t know a lot about overclocking and allows you to simply raise the multiplier a couple points in the BIOS to produce overclocking magic. 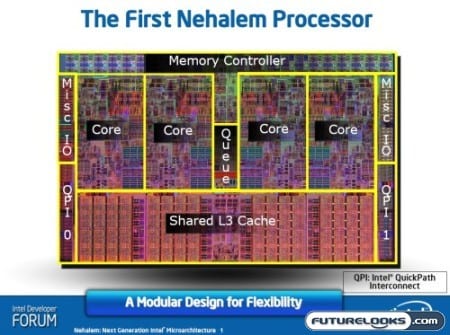 The new D0 stepping means that this is a revised Nehalem core that offers lower power consumption and thermal properties despite the higher frequency. Chances are that you’ve seen more and more D0 Stepping i7 920, 940, 950, and maybe even 965 processors as of late.

The first 965 had a C0 Stepping while the i7 975 sport a D0 Stepping. The C0 stepping, while blistering fast, consumes about 1.35 Volts normally compared to the 975’s 1.15 Volts. The higher voltage most assuredly means the 965 will operate at higher temperatures despite its lower frequencies.

A bonus side effect of the D0 stepping is that the more efficient core should equate to a higher overclock than the 965. It was high heat levels and circuit limitations that kept the 965 from doing very well beyond 4GHz in past testing. We’ll check that out as well during our torture testing of this new core.

What Makes the Retail Box Worth It?

When recommending and building systems, many users ask what the differences and benefits are between buying an OEM vs a retail boxed processor. I typically recommend buying retail because the CPU carries a 3 year warranty whereas the OEM chip can vary from 30 to 90 days warranty depending on the retailer. Only an experienced enthusiast or system builder capable of backing their systems should consider OEM, in my humble opinion.

If you’re a new user or intend to use the system in a professional capacity, you definitely want to get your money’s worth. Stick with the retail box as the processor will at least be covered if something goes wrong.