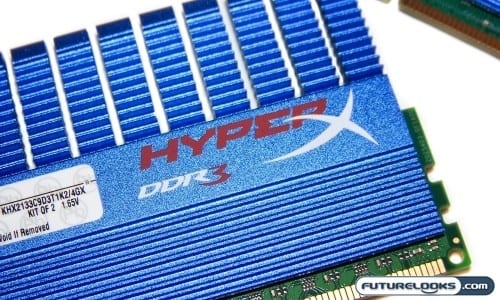 When you see the name Kingston, do you think HyperX? Or, when you see HyperX, do you think Kingston? The HyperX team will be happy to know that out of the twenty users asked at a recent trade show, the majority knew that HyperX is Kingston’s elite memory product line. And, only two people had never heard of Kingston, or even knew what PC memory was in the first place.

Well, the HyperX fans will be jonesin’ for what’s installed in our new Koolance equipped liquid cooled P55 machine. It happens to be one of the two fastest HyperX 2133MHz DDR3 Dual Channel Memory kits in Kingston’s arsenal. It’s similar to the elite stuff we we saw in action at the  GIGABYTE’s P55 launch party clocking in at over 2400MHz and it’s called the HyperX KHX2133C9D3T1K2/4GX Dual Channel Memory. Boy, is this stuff ever fast! 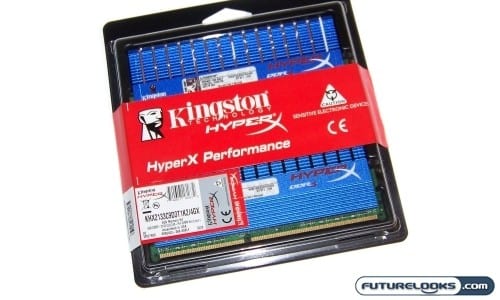 The KHX2133C9D3T1K2/4GX kit (No, you don’t have to really worry about memorizing this) is easy to identify. As long as you see KHX in the begginning, you’ll know it’s Kingston HyperX. The following 2133 is actually the kit’s frequency and the C9 refers to the kit’s CAS Latency which is 9. Have a look at your own kits or the ones at the local computer watering hole as this naming scheme encompasses all of their memory kits.

As mentioned, this particular kit’s timings are 9-9-9-xx. Some of the other kits show 9-9-9-27 which is essentially what it should default to in your computer. While it shouldn’t default to anything lower than 27, it also doesn’t reach above 30. For a break down of the timings which you should see in your BIOS, have a look at the bottom of each memory section on Kingston’s webpage. The little chart can help you manually set your timings in the event your motherboard decides not to play well with the elite memory. 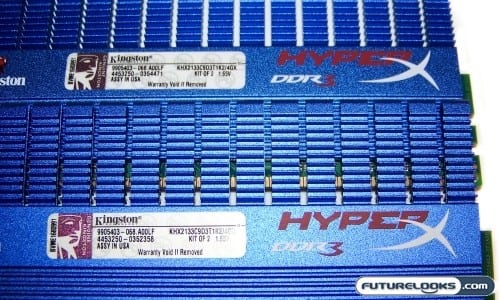 Voltages for this kit are 1.65 Volts. This keeps the modules in spec with the LGA1156 Lynnfield processor’s integrated memory controller. Our experiences have shown some modules to run 1.65 to 1.75 Volts. Anything higher results in random instabilities depending on the motherboard. To put this into perspective, your CPU and/or motherboard probably won’t be able to keep up due to the heat issues as its Bus Clock frequencies top well over 200 MHz: An issue with some pricepoint boards if you plan to use these sticks. 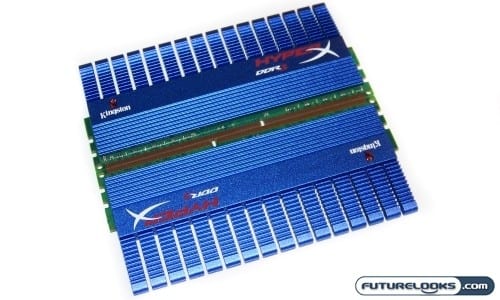 These are called T1 heat sinks. You can see the “T1” reference in the model number sticker. The other type doesn’t have a  looks more like the last generation silver on blue due to the machining of the aluminum sinks. While both are used in the HyperX series, it’s the T1 heat sinks that let you know the kit in your hands is “the best”!

Many users like to know what particular ICs were used to build the modules. There are a few to pick from out there, the most commonly found modules are Micron or Elpida. Thanks to some news outlets letting the cat out of the bag, we know that most all the 2000+ MHz ICs available are Elpida made. And, despite some of the recent issues seen in some 2GHz kits, Kingston tests their products and stands by their warranty 100%.