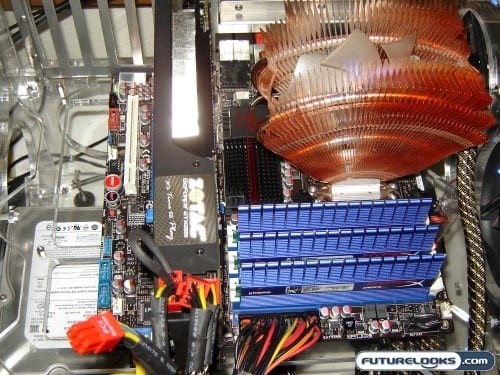 Since Intel Extreme processors have unlocked Multipliers, I find it important to pair them up with motherboards that are actually capable of handling the multiplier changes and higher frequencies. Thanks to GIGABYTE and ASUS, there are no shortage of capable motherboards. And of course, having some extremely fast DDR3 Triple Channel memory helps too.

For this test, our test system looks something like this:

All the latest BIOS and graphics drivers were installed to ensure the best possible performance in our testing. All driver software was left to default settings so that you can easily reproduce the results if you wish. We also maxed out the highest game settings in our video game benchmarks.

Normally, overclocking would be tossed in a neat little section all by itself. However, this is definitely one area where the 975 shows its hidden potential. The results were pretty much identical on both the GIGABYTE EX58-Extreme and ASUS Rampage II Gene due in part to the limited performance of the CPU cooler.

Achieving a clock speed of 4.2 GHz was no problem for this new D0 stepping, requiring roughly 1.45 Volts. The 965 required 1.5 Volts just to attempt 4 GHz which gets very hot very quickly. My Thermaltake V1 CPU Cooler just couldn’t keep up with the 975 when pushing beyond the 4.2 GHz threshold. The potential is there to go further with better cooling. 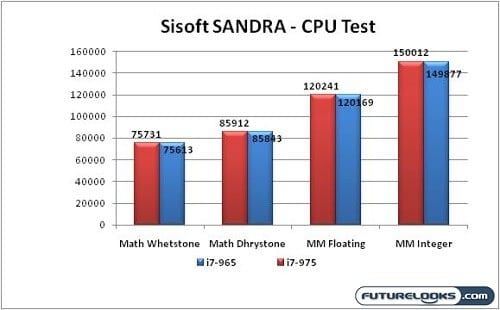 The improvements made to the Core i7 975  (D0) are more apparent here. The performance increase was expected to be lower which is definitely not the case here. The only desktop based system that is faster is still the Skull Trail. 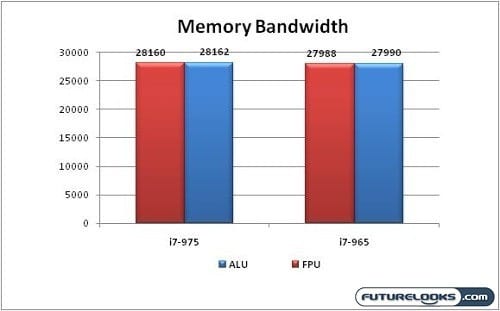 The purpose of this benchmark is to show the extra gains as the frequencies increase. The memory controller can always make use of more CPU power. This test just reveals that memory is not quite maxed out just yet.