The name “Fragapalooza” should be familiar to regular readers of Futurelooks. This staple in the Canadian LAN gaming community has been reported on by us in the past by previous writers and we’re back again with the whole team to cover this year’s edition. The event took place this past August 6 – 9th, 2009 at the DOW Centennial Center in Fort Saskatchewan, Alberta, Canada. 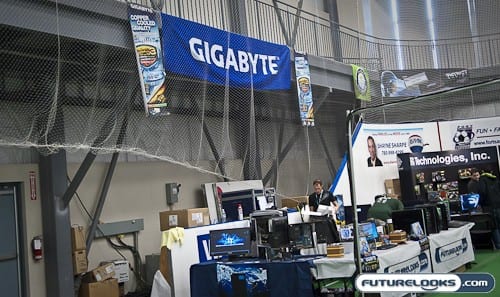 In 2005 former Futurelooks writer Alex Goh produced a quick write-up outlining the basic premise behind the event, and some of the goings on during the four days that Fragapalooza runs. I expanded on this article with my wider coverage of the 2008 event and for this year, the whole gang including Editor In Chief,  Stephen Fung, and fellow PC Hardware Editor Eric Garay would also attend.

Nothing Happens Without The Help of Sponsors! 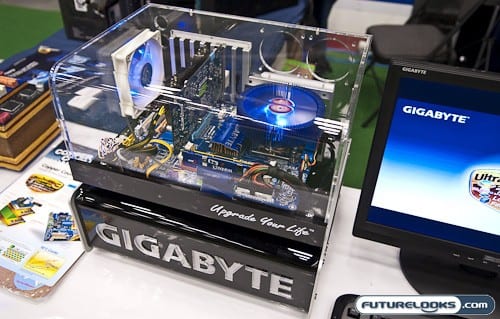 Part of the reason for the show of force was in support of our advertising sponsors,  GIGABYTE and NZXT: both companies wanted to show Canada just how committed they were to the PC Enthusiast scene in Canada, but none of which had the manpower left to throw at this event after a high octane month of LAN events including QuakeCon which is one of North America’s largest. At the same time, Fragapalooza was in need of some help as well. That’s why Futurelooks was called into action. 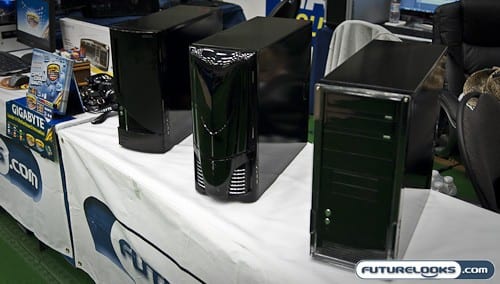 In order to show this event the love it deserved, we also enlisted the help of our friends at CoolIT Systems, who happen to be a proud Albertan company and bright light in the Canadian Tech Scene. Kingston Technology also did what they could by throwing in some of their memory products for prizes.

With the help of strong sponsors, Futurelooks was able to reach out to the community and do some of the grass roots style giveaways that people love. We did surprise upgrades for low powered gamers and had a great time running some fantastic contests to giveaway stuff. Everyone on the Futurelooks staff participated in coming up with fun and unique ways to show that the sponsors cared and we all had a blast. Warm fuzzy feelings were definitely part of the gig.

A Challenging Year for Fragapalooza 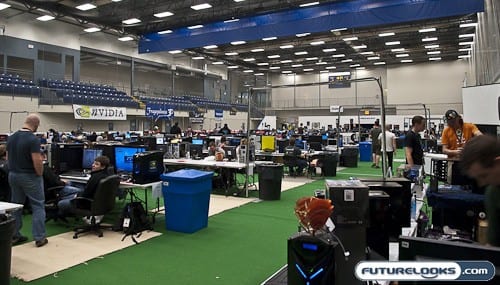 As a reflection of the economy, Fragapalooza had to make some tough changes to make sure this year’s event went off without a hitch. Even oil rich Alberta isn’t immune from the problems going on in the rest of the world. Thankfully, it wasn’t due to the greed of venue proprietors, but a combination of a drop in attendance numbers and sponsors cutting back that prevented the use of the opulent Northlands Agricom. Through a lot of hard work and perseverance they managed, at the 11th hour, to find a venue that would suit all their needs and not bankrupt the event and its president.

So it was off to Fort Saskatchewan, Alberta, to the Agrium Soccer Field at the DOW Centennial Centre. Located a 30 minute drive from downtown, this brand new venue in the Edmonton suburb offered amenities not seen before. This included a cafe, Booster Juice, and gym facilities; all of which were on site should we wish to pay to use them. Off site and just across the street was a nice hotel, restaurant, and 7-Eleven. What more could gamers ask for?