NZXT. was at COMPUTEX 2008 in Taipei and had a lot of really interesting things to show us this year. It was at COMPUTEX 2006 that we originally ran into this promising young company and it doesn’t look like they are showing any signs of slowing down. In our original interview with Johnny Hou, NZXT.’s head product honcho, he eluded to a few things that the company was looking at in the future. It appears that the future is rolling out here at COMPUTEX 2008.

With a Dash of Cologne You Get NZXT.’s Whisper 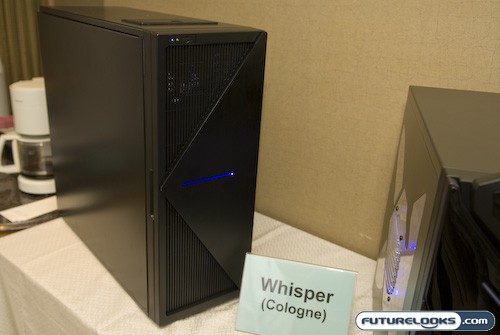 Last year at COMPUTEX 2007, NZXT. released the HUSH which is now known as the HU001Classic Series case. This year, their product, codenamed “Cologne” becomes their next quiet gaming case called the “Whisper”. While the first case looked like the eye of a Transformer, this case’s design inspiration was derived from the look of massive buildings and skyscrapers. The design is well executed, producing a timeless looking design that would look great on top or below any desk. 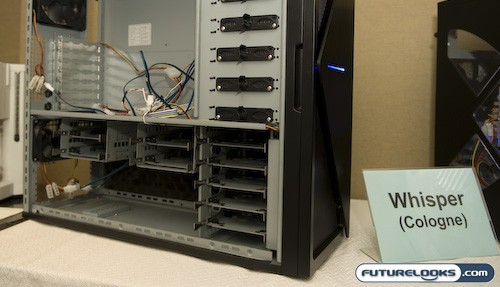 The Whisper features a massive drive bay array in the bottom of the case that holds up to ten 3.5 inch hard drives. All of the drives are isolated with vibration dampening material and all the drive trays are isolated from the case at the interface point with additional rubber grommets. Although I would never load up all those drive bays, you can if you want. 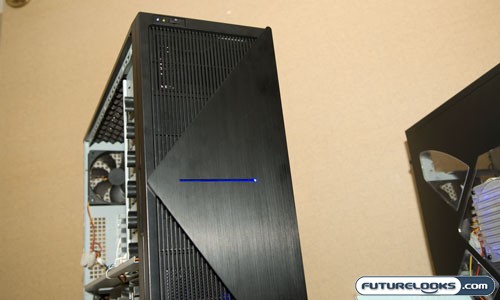 In addition to that, you can toss in up to seven 5.25 inch devices, all fitted with quick release mechanisms, allowing easy installation. The 3.5 inch devices are also quick release, but require them to be mounted into the removable trays first. If NZXT. can bring this case inline with the pricing of an ANTEC SONATA III for instance, it will be a real killer, provided the noise levels are as good as its namesake…or they can just make it smell really good like their project name. 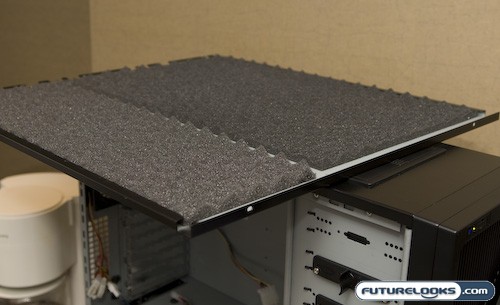 The case also features liberal use of sound dampening foam on both side panels and the top of the case. Ventilation is provided by the use of a 120mm fan front and another one exhausting in the back. In order to maintain a clean front panel, inputs like audio, USB, Firewire, and eSATA have been moved to the top of the case, covered by a door. We should be seeing this case sometime this fall or sooner. No word on pricing.