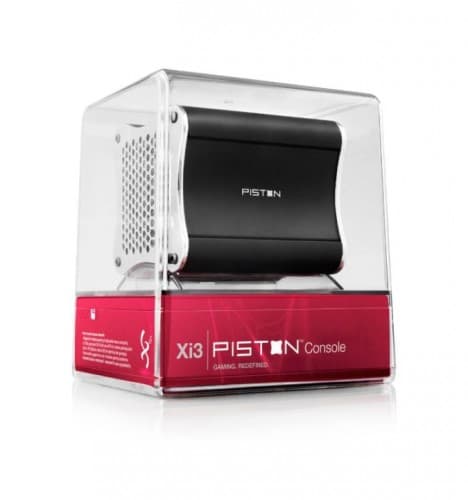 I am not sure where to start with this one. The Xi3 corporation just opened a full retail presence in the Fashion Place Mall in Utah. The location will be the site for first access to the PISTON console. What is the PISTON console you ask, well no one is really sure what it is at this point. And whether it’ll make a dent in SONY’s PS4 or Microsoft’s Xbox ONE plans is anyone’s guess. But it probably won’t.

Based on the Xi3 modular computer system we first posted about in 2011 on MegaTechNews, the Xi3 PISTON had a rocky history before it had even been released to the public. This year at CES 2013, they prematurely announced they would build the Steambox console for Valve starting with a $1,000 US price tag. Valve was then quick to announce this to be false and has gone on to create its own vision of the system.

The Xi3 PISTON does manage to impress us with its unique perspective, interesting design, and complete audacity to charge this sort of premium for what most PC users see as middle of the road hardware. The system is based on an AMD Trinity APU with HD 7000 integrated graphics, SSD, and 8 GBs of DDR3 RAM, and promises to play the entire library of Steam in full HD on up to three screens. There seems to be a piece missing to this puzzle as the specs don’t quite match up to these boastful claims and that piece is software. 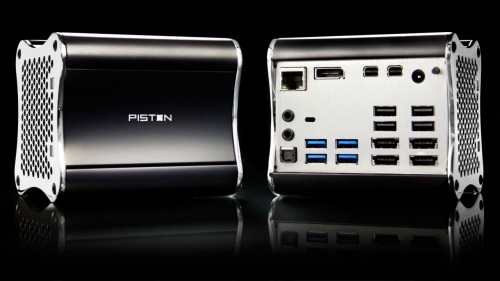 We’re looking forward to be pleasantly surprised, but based on the lack of buzz happening around the Xi3 PISTON launch yesterday, it might have been a disappointment in front of the entire public. More info about the Xi3 PISTON and it’s holiday mall hours at Fashion Place Mall below.

The company also announced today that interested gamers will get the first chance to play on Xi3’s PISTON™ Console (PC), which will be on display and available for public gameplay at Fashion Place Mall beginning Saturday, November 16 and throughout the Holiday Season.

“Given the support we’ve received from the state and the fact that we’re based here in Salt Lake, we thought it only fair to allow Utah gamers and families to get the first shot at playing the PISTON Console,” said Jason A. Sullivan, Xi3’s Founder, President and CEO. “We believe consumers will find PISTON to be the perfect upgrade for their homes. We invite everyone to come to our retail presence to check out for themselves why there’s been so much anticipation and excitement for the PISTON Console.”

Xi3’s retail presence is located at the western-most end of Fashion Place Mall near such notable retailers as Crate & Barrel, H&M, Eddie Bauer and the Apple Store, as well as the popular Cheesecake Factory restaurant.

Additionally, Xi3 announced today that it will host a Holiday PISTON Lounge at Fashion Place Mall in the space immediately to the west of Xi3’s retail location.

This PISTON Lounge will be deployed during the 2013 Holiday Season, starting Saturday, November 16 and will be open during regular mall hours. The Xi3 PISTON Lounge will feature large, high-definition displays, each driven by an individual PISTON Console, and will allow consumers to experience firsthand PISTON game play.

Gamers, non-gamers and families interested in testing out the PISTON Console can sign-up for evaluation time slots beginning immediately at the Xi3 retail location at Fashion Place Mall or online at http://playpiston.com/.

About the PISTON Console

Built upon the patented and award-winning Xi3 Computer Architecture, the PISTON Console won numerous awards when it was first unveiled at the International CES trade show in January 2013. The PISTON Console will begin shipping on November 29, 2013.

Formed in 2010 and headquartered in Salt Lake City, Utah, Xi3 Corporation utilizes “The Power of X” to bring its building block approach to the world of computing and computer gaming, an approach Xi3 applies internally and externally to hardware solutions and software applications.