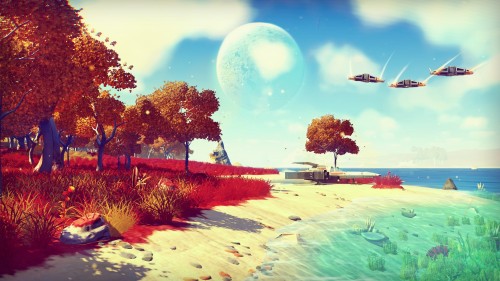 We made our way down to Los Angeles for E3 last year, but we didn’t have the opportunity to head on down there for this year’s show. Even so, we’re still avid gamers and we played along from the comfort of our home offices. And from that perspective, I’ve rounded five of the best PC games from E3 2014.

When you look at the vast majority of video games on display at shows like E3 2014, you get the sense that everyone wants to have a lot of violence and a ton of action. The appeal of blasting the head off of some gruesome-looking alien is undeniable. If you’re looking for that kind of action, you’re not going to like No Man’s Sky from Hello Games. Set to launch on the PS4 and likely also the PC at some point, No Man’s Sky is much more about exploration. You can dive into deep oceans and fly away to far off planets. Beyond the unique aesthetic of the game, it’s also very cool that each world has its own ecosystem with entirely different planetary conditions for you to discover. 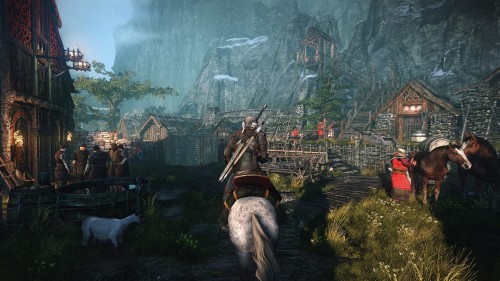 At a completely different end of the spectrum, you get the unapologetically brutal experience of The Witcher 3. You retain many of the RPG elements that you’ve come to love from the Witcher franchise, but now you get more of an open-world adventure instead. You’re still Geralt, you still hunt monsters, and you still engage in some truly epic battles with all sorts of monstrous beasts. The open world nature looks to be executed very well with heavily populated cities where you can interact with just about anyone. And yes, it looks gorgeous too.

3. Hunt: Horrors of the Gilded Age

What happens when you take the over-the-shoulder perspective famed by the Resident Evil franchise, pair it up with a co-operative gameplay mechanic akin to Left 4 Dead, and throw that all together in an engine where you get randomly generated stages for near infinite possibilities? It’s called Hunt and it takes place in the late 19th century. The comparisons to Left 4 Dead are inevitable, but this CryEngine-powered title looks awfully promising.

But yes, the comparisons are undeniable. You make your way through the stage as a group of four, you battle through some terrific-looking zombies, and you engage in some truly intense fights that are bloody, gory, and thoroughly satisfying. Each of the four characters brings something different to the table and they can all be customized with different outfits and weapons. It’s all under a style that would appeal to fans of the Old West or even a Jack the Ripper kind of London underbelly feel.

Some of us may worry about Hunt being a free-to-play title, but Crytek is saying that this will be the same size and scope as a true AAA title. The folks at E3 2014 looked pretty stoked about this one. 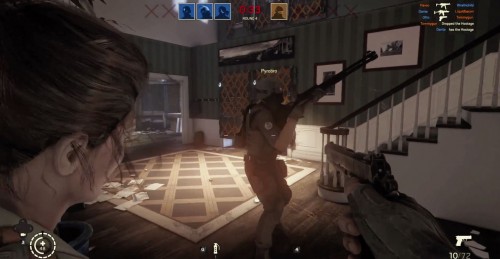 If you’re like me, you might be rolling your eyes at yet another first-person shooter. I know the genre has a lot of fans and for good reason. That being said, there is a lot to like about this newest entry in the Rainbow Six franchise that will really set it apart from the Call of Duties and Battlefields of the world. Rather than take on the wide and expansive worlds in other games, Siege is highly focused.

The demo showed the exploration of just a single house where you engage in a speedy 5v5 configuration. Once you die, you’re dead, so you’ll want to be extra careful with your planning and choices. What’s more, they showed off some great destruction effects, like blasting a hole in the floor to ambush your opponents in the room below. 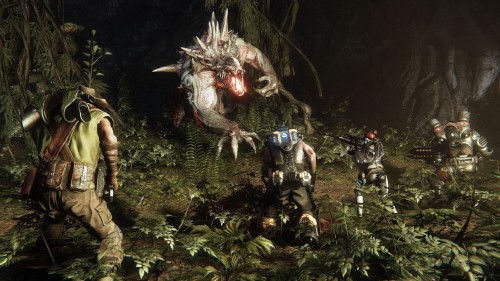 Set for release on October 21 of this year, Evolve just may have been not only the best PC game at E3 2014, but the best game period. All of the sci-fi stuff is great and visuals are amazing, but you may really enjoy is the asymmetrical combat system. Whereas Rainbow Six makes it reasonably fair with the whole 5v5 thing, Evolve is completely lopsided in a 4v1 configuration. Of course, the “one” in this case happens to be an overpowered monster that one lucky player gets to control.

At E3 2014, 2K Games unleashed the newest monster in the Evolve stable in the form of the flying Kraken. If you play as the monster, you’ll have the chance to kill smaller creatures, go into a temporary “cocoon” status, and emerge as an even more formidable beast. Heck yeah! By the time the game launches, there will be at least three more monsters, as well as more maps and more (human) characters. As can be expected, DLC packs are also in the works to keep the game evolving after launch.

In all fairness, it’s not exactly a secret that I prefer console games and aside from retro platforms and casual puzzle games, I’m partial to the fighting game genre. That’s why I’m still mostly interested in Ultra Street Fighter IV (which was launched as an update recently) and why the Mortal Kombat X reveal had me pretty excited. The NetherRealm Studios guys are clearly borrowing some inspiration from elsewhere. I’m still waiting for Namco to come out with Tekken X Street Fighter too.

To that end, E3 2014 wasn’t exactly the most exciting of shows for me, but maybe there was something that really caught your eye? Is it the new Assassin’s Creed? The new Zelda? Is there something you thought was going to be announced but never made it to the show?