Search
Home
Reviews
Tenda AC18 Smart WiFi Dual-Band AC1900 Gigabit Router
If you're in the market for a dual-band router that's both easy to use and decidedly affordable, the Tenda AC18 is well worth consideration.
Pros
Cons
2017-03-13
8.5Overall Score
Prev1 of 4Next

There are hundreds of wireless routers on the market and it can be confusing on which one to purchase. There are low-end models, mid-range models and high-end, high-performance models. The majority of consumers just want a solution with features that will allow them to connect their multiple wireless devices, be reliable and not cost an arm and a leg. Tenda does that with their latest offering, the Tenda AC18, which was announced back in January just after CES.

The Tenda AC18 is an all-new 802.11ac WiFi router that sports a powerful dual-core Broadcom ARM Cortex-A9 CPU. This helps provide the performance needed to run the 2.4GHz connected devices at up to 600Mbps and 5GHz connected devices at up to 1300Mbps for a total bandwidth of 1900Mbps. Combine that with Beamforming+ technology and coverage up to 500m2 and this WiFi router can ensure you’ll have proper WiFi signal in practically any part of your home. 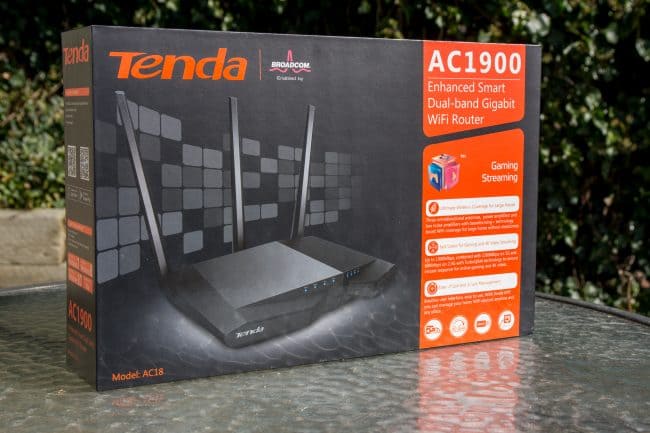 The one thing I noticed about the box of the Tenda AC18 was how it differs from other retail boxes. With the Tenda AC18, you just lift up the top of the box to display the insides. No need to open a flap and pull out some cardboard insert. Call me lazy, but the less I have to do to open it up, the quicker I can get into the insides!

So once you pop the top off, what is inside waiting for you? 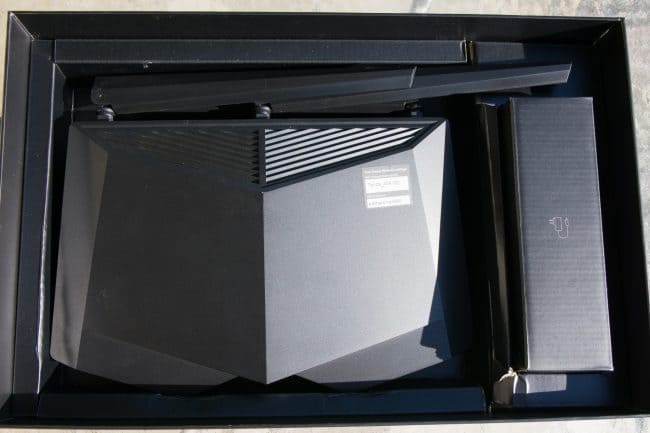 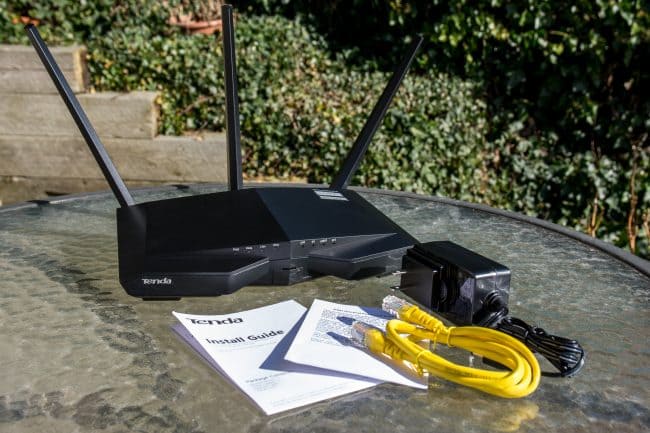 There’s the AC1900 smart dual-band router itself, along with a power adapter, install guide, and a Cat5e Ethernet cable. Pretty straightforward for WiFI routers these days. You don’t really need anything much more than what Tenda has included here.