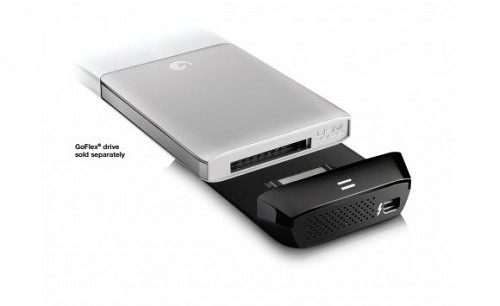 Thunderbolt (formerly known as Lightpeak before Apple “reinvented” it) is an interesting technology that does all sorts of things that USB 3.0 doesn’t do. For starters, it has a whole ton more bandwidth, it’s able to be daisy chained, and it can even be used to connect monitors and other devices. It showed a lot of promise, but the premium price and limited availability (plus support on systems), made it mainly a Mac users next “Firewire”. Well, it turns out that Seagate thinks it’s Firewire all over again too. They have just ended support for both the interface and new product development for external storage products.

More specifically, Seagate will be putting to rest, products that rely on their GoFlex Universal Storage Module (USM) that allows a SATA inteface to be adapted to USB 3.0, and used to support Firewire 400/800. Most of Seagate’s external drives used this type of technology including the brand new Seven slim drive announced at CES 2015. I guess now it used to support Thunderbolt too.

Seagate will now focus on external storage solutions using wireless, USB 3.0 and the upcoming USB 3.1 interface, supporting as many users as possible, on both Mac and PC platforms. I guess that means that Thunderbolt just didn’t throw down the numbers that the company was hoping for. Luckily, their competitor, is still putting out products for this market, so if you’re a Mac user looking for affordable monster storage, you can still get stuff like this to connect to your shiny new thunderbolt dock. This might be a good opportunity to shop for some clearance deals on Seagate Thunderbolt products.

While Seagate Thunderbolt products make their way out, their LaCie division, which has been the more Mac centric sibling in the family, will continue to support the interface for the time being. High speed storage products like the Little Big Disk are extremely impressive. But their products always go for a somewhat unjustifiable premium, which Mac users love paying.