Submitting a Deal You Found

The LogicBUY team may be out there looking for some great deals, but they’re bound to miss a few. That’s why they also turn to the LogicBUY community for help. Submitting a new deal for posting on the site is very easy and very straightforward. There are two main steps involved and then the deal is made immediately live on the LogicBUY site, up for scrutiny from the rest of the community. I’ll get more into that community aspect in a moment, but let’s have a look at how you can go about submitting a deal.

Much like Digg, the first step involved in submitting a deal to LogicBUY involves entering the URL of the deal. It is best if you can provide a direct link to the product in question, because this makes it a lot easier for users to buy the highlighted item if they think the deal is a good one. By submitting the most specific URL possible, you can also get the LogicBUY system to (presumably) see if there are any duplicates on the site already. I’m not sure if this latter function is actually available, so you may need to double-check against the LogicBUY inventory on your own. Remember that LogicBUY is a technology-minded website, so they don’t want you to submit a deal on a Black & Decker blender or an IKEA futon. Stick to digital cameras, computer components, and other related items. You can also submit deals for domain registration and web hosting as well. 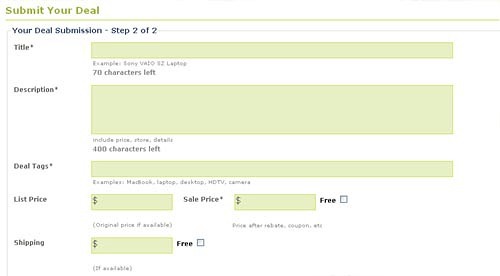 On the second screen, you’ll be asked to provide all sorts of information on the hot deal that you found. This starts with the title and then goes on to an accurate description, deal tags, list price, sale price, shipping cost, category, subcategory, image (either uploaded or from URL), expiration date, coupon code, rebate form URL, and rebate #2 form URL.

There is no apparent verification process at this point, so after clicking on submit on the second screen, the submitted deal immediately goes live. At this point, the LogicBUY community can have at it. How? I’m glad you asked.

The fastest and most effective way to interact with a deal is to vote on it. This works in the same way as Digg, N4G, and other social news websites. You can either vote a deal “up” by saying that it is “hot”, or you can vote it “down” by saying that it is “not”. As the deal receives more “hot” votes, it moves up the rankings and can make it onto the front page of LogicBUY. There is some kind of algorithm that accounts for both the number of positive votes and how quickly they are accumulated. The voting system is quick to attack spam and crappy deals, however, because it takes just three “not” votes to have the deal buried. This, according to the LogicBUY team, is to ensure that only the best deals remain on the site.

For more specific feedback on a submitted deal, users can make comments on the particular deal page. This works exactly the same way as a blog post and the individual comments can also be voted on as being either positive or negative. If you tend to think faster than you type, you’ll be glad to hear that you have quite some time to edit your comment after you submit it. In my experience, I was given over 3700 seconds (over an hour). That’s a lot of time to reneg on your stated opinion! 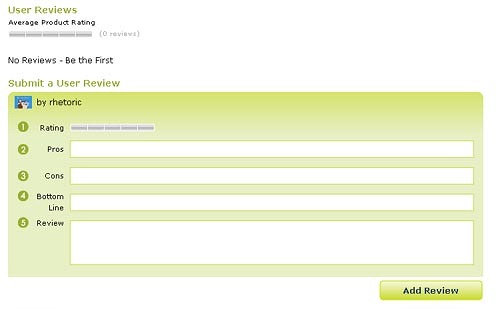 Going even more in-depth, it is also possible to submit a user review on a submitted hot deal. It’s not particular clear whether this should be a review of the deal or of the product. I suspect that the focus should be on the latter, because you are able to provide pros, cons, the bottom line, and a “full” review.