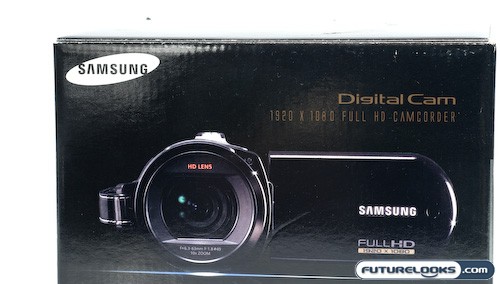 Earlier this spring, we reviewed Samsung’s SC-HMX10A, an HD camcorder that gave us a 1080i resolution, touch screen controls and photo functionality, all in a package not much bigger than a Coke Can. Although we were fairly impressed with the HD quality of the playback, especially via the built in HDMI port, we found the camera function to be a fairly useless feature that ended up being a “miss the moment” rather than “capture the moment” feature. Has Samsung succeeded in improving on their previous work with the introduction of the Samsung SC-HMX20C? Let’s find out! 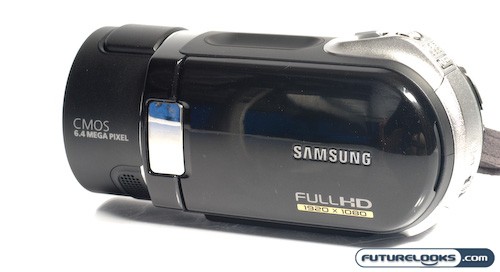 Compared to its predecessor, the SC-HMX10A, the SC-HMX20C moves up to a full 1080p, which seems to have no affect on it’s recording time compared to 1080i on this unit. Both resolutions give you approximately 71 minutes of maximum quality HD on the 8GB of internal memory vs the 4GB of internal memory on the SC-HMX10A. The SC-HMX20C also ads in a slow motion capture feature that allows you to take 10 second clips at 60 fps for those more dramatic slow motion moments. When you play back a 10 second clip, it actually stretches itself back out to 50 seconds. The results look very similar to some cameras that record 300 fps clips.

I was curious to see if they improved the somewhat limited camera functionality. Although you still can’t push the button to immediately take a picture (it just beeps at you saying no now), they did implement something called “Dual Recording” which essentially allows you to take a still capture while recording in any of the video recording modes. Of course, this means you are limited to the resolution that you are recording and you can’t just hit the photo button without recording. Still limited, but at least they’re trying to improve it. Samsung also adds a real flash to the camera and a Megapixel upgrade from 1.61 to 6.4 (4.0 effective) gives the camera improved resolution for stills.

More specific information can be found in the Samsung SC-HMX20C manual which can be downloaded here. 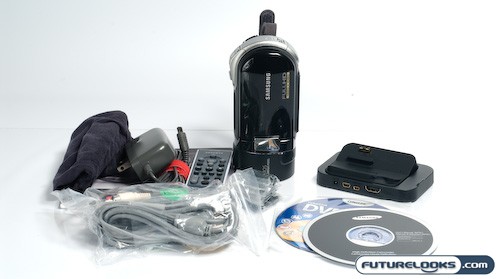 Compared to the SC-HMX10A, the packaged essentials are identical. Samsung still doesn’t throw in an HDMI cable for you, but they have included the regular AV cables, component video cables, Cyberlink HD Software CD and manual CD, power adapter, cradle, remote control, carrying bag and of course, the SC-HMX20C itself.

One notable addition to the bundled package was the inclusion of these core filters that were not included with the SC-HMX10A. The instructions ask you to attach them to the power adapter, AV Cable and the non existent HDMI cable. Although I never did end up using them, I guess they are nice to have.