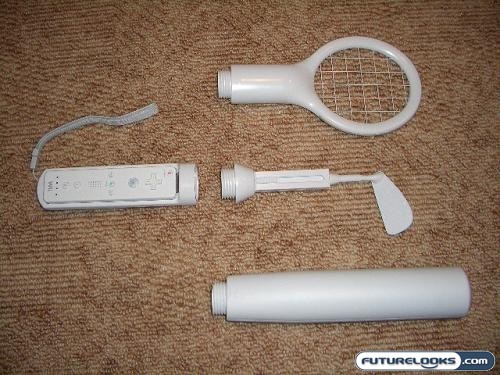 The tennis racquet, golf club, and baseball bat are among the coolest gaming accesories I’ve ever seen.  Each one is an attachment to the Wii-mote holder and screw on and screw off with some quick twists of the wrist.  I found that this way of transferring the Wii-mote from one tool to the other was much better than removing the Wii-mote every time risking damage by dropping, or putting too much pressure on sensitive parts of the Wii-mote.  The Wii-mote holder also comes with a comfort grip on the underside so that along with the Wii-strap you’ll ensure that no flying objects leave your hand and travel towards your Precious. 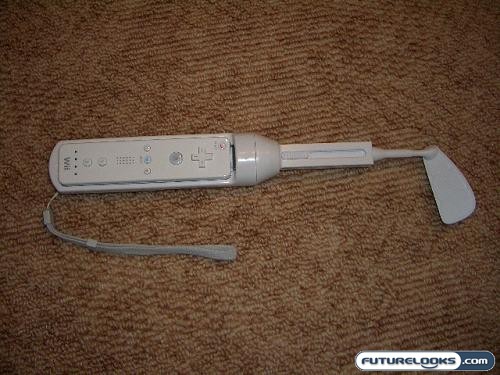 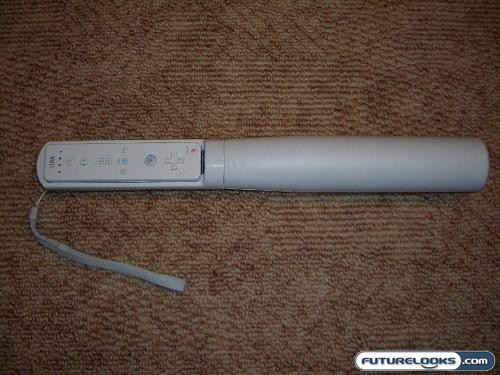 The baseball bat really doesn’t have any cool features.  What can you do to a century old piece of sports equipment except make it look and feel like a bat?  Well, Rosewill ensured that the bat had some weight on it so that you actually feel like you’re swinging something that’s heavier at the end than at your hands.  They also corked the bat so that you can pop a few more balls (illegally) without those performing enhancing drugs.  *cough*Bonds*cough*.  It also feels solid enough to beat people with it if they decide to brush you off the plate with a tight pitch, but I would never ever encourage that! 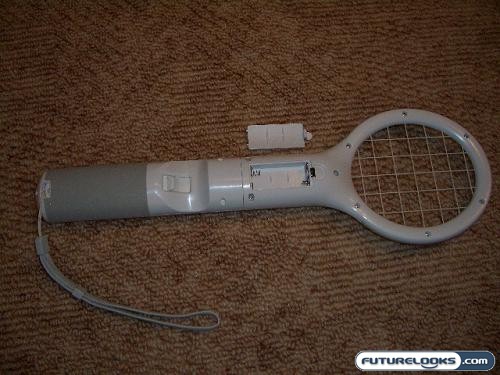 The last tool in your sports duffle bag is the tennis racquet.  There’s nothing really too special about this tool except for the simulation cat gut string, and… oh yah… the racquet actually lights up every time you take a swing.  It colour matches the Wii colours by providing a nice blue colour with every swing or with every smack of the ball.  I had originally thought it was a storage compartmet for fresh AA’s but it’s actually made for AAA’s to power the LED’s.  Now you can’t actually hit a real tennis ball with the racquet because I totally f*cked up the strings, but it is aesthetically pleasing to the eye!

Real-Time Price and Stock Check – Shop Like A Pro!