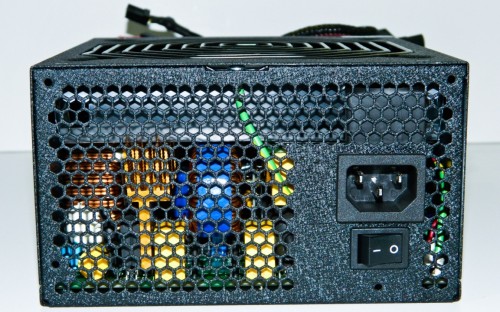 The unit was monitored with an o-scope complements of some aerospace colleagues and placed on an artificial load circuit. This will test 25%, 50%, 75%, and 100% loads as well as report voltage rail levels, fluctuations, and ripple. A secondary mini test was conducted with a system using th following components:

Our operating system was Windows 7 professional and with a little overclock, the system was pushing the PSU to its specified limit at which point I recorded voltages again. 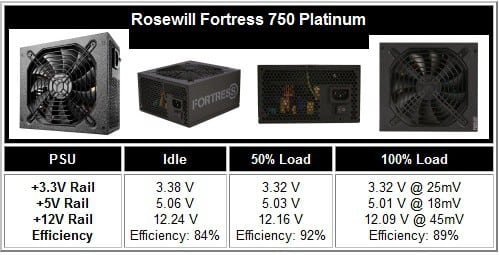 The Fortress maintained all voltage rails quite well throughout load tests. The only time that the rails dipped to even levels was when the PSU was pushed to 845 watts. Ripple isn’t a problem for this PSU if you require a project sensitive system. Power won’t be your issue. And, the PSU is easily 89% efficient all the way up even near the 800 watt level. Yes, it was surprisingly robust exceeding specifications.

It’s very hard to hear the PSU at any time given all the usual components and systems around the lab. At 100% load, it’s just barely audible if measured by itself. Inside a case, you’re not going to hear a thing. Dare I say the PSU would work perfectly for any serious audio creators especially since the lower wattage models use the same fan. However, for 100% noise free operation, the new “Silent Night” by Rosewill might be a better fit for that purpose. 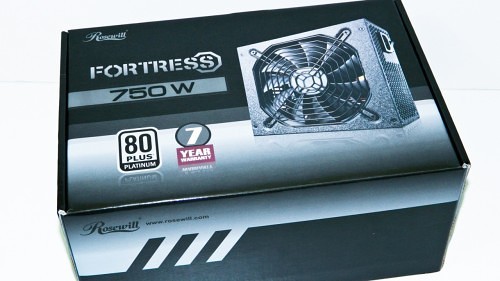 The target market for the Fortress 750 Watt 80PLUS Platinum power supply are energy conscious users who would rather not have to spend a premium for Platinum efficiency. That means sacrificing features like modular cables which isn’t a problem if performance is more of a concern. However, it doesn’t mean you have to stability and silent operations either. While serious DIY enthusiasts and modders may not like permanent cables, it’s not the end of the world if you have to wrap the extra wires up neatly behind the motherboard tray. The PSU housing is quite nice for custom builds thanks to its rugged finish.

Finally, we have to talk about pricing. The Fortress 750 Platinum is typically found at NewEgg for around $179 US but recent price drops have it down for as low as $119 US. In fact, it’s one of the least expensive Platinum solutions out there. But if you just have to have modular connectivity, the Rosewill Tachyon 750 Platinum will cost you $179.99, which is similarly priced to most other high quality units. But that savings could be spent wisely on other more tangible performance upgrades like a  better GPU or CPU.

Overall, it’s hard to dismiss the Fortress 750 for anything other than not being modular and maybe for not having reusable velcro straps if you so choose to nit pick. It’s a solid power supply with a brilliant 7 year warranty and extremely solid 80Plus Platinum performance. It’s definitely recommended by us.

Help Us Improve Our Reviews By Leaving Your Questions and Comments Below!