In order to give the ZUNE launch a distinctly Canadian spin to it, Microsoft has ensured that six of the twenty-four international artists will be Canadian, producing seven of the fourty-seven designs at launch. “The Zune Originals program is a great way to celebrate, showcase and support the creative talent we have here in Canada,” said Craig Tullett, Group Manager, Zune Canada.

Artists from Canada will include:

The sixth Canadian artist in this list is the dynamic duo of MEOMI featuring the talents of Vicki Wong and Michael Murphy. Although all the artists in this Canuck contingent have produced outstanding and unique designs for the ZUNE originals program, the MEOMI factor brings a distinctly “Olympic” flavour. 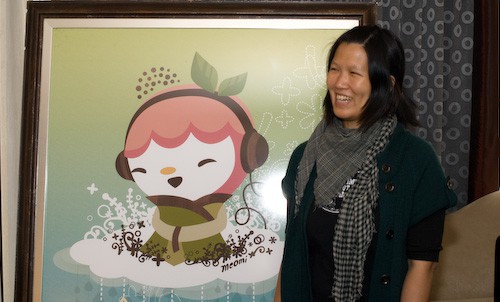 Canada’s own Vicki Wong and her firm MEOMI were the ones responsible for creating the mascots for the Vancouver 2010 Winter Olympic Games. The mother of Quatchi, Sumi, Miga and Muk Muk created two new characters for the ZUNE Originals program. 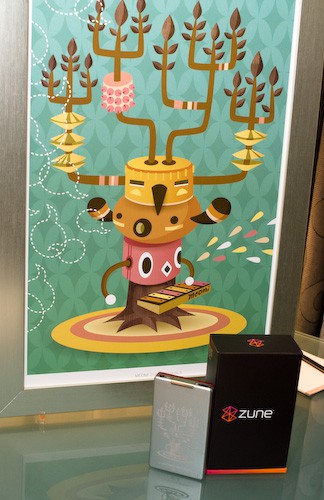 During a briefing about the ZUNE Originals program, I asked Vicki about the “Anime” influence of her characters. Although they do look like some popular Japanese cartoon characters, that was not where the influence resided. Apparently, the influence is from early European animation which was based on simple shapes that gave her the inspiration for her work. This is something that I didn’t know and apparently I’m not the first person to draw the “Anime Conclusion”. The most important thing is that the characters are unique, memorable and good enough for a world class event like the Olympic games.

Diving further into the Olympic influence, I asked Craig Tullett, Microsoft’s ZUNE Group Manager about the potential for seeing our friends Quatchi, Sumi, Miga and Muk Muk on ZUNE Originals. Although he didn’t deny that it was a possibility, the general gist I got from him was that it was a bit too early for that and the games were still a couple years away. Could we see Canadian Olympic Atheletes marching to the “Tune of Zune” with their favourite Olympic Mascots? I guess only time will tell.