The BIOS is extremely similar to the GD65 BIOS. Its appearance and layout is basically the same except for some minor changes in the video settings area. It may not be the most attractive or responsive UEFI BIOS we’ve seen, but it’s easy to figure out.

When it comes to overclocking, the OC Genie button truly is the easiest method. After pressing the button, the letters light up and it takes only a few seconds for the system to come alive. This pushed our Core i7-2600K to 4.2GHz effortlessly. The max frequency you’ll get depends on the particular processor you’re using along with the other components in your system build.

BIOS overclocking provided a very pleasant surprise. While the GD65 board still seems to find 4.5GHz a challenge, the GD80 is much more willing. It hit 4.8GHz easily without extreme measures. It supported the HyperX Genesis memory just fine at 2133MHz at CAS 9 and CAS 8 timings. Overall, these are pretty high frequencies and tight timings with just basic manual tweaks. 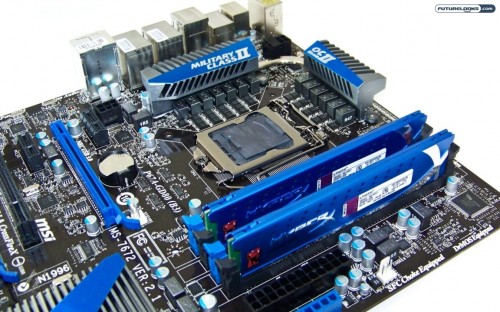 Our benchmark suite consists of software designed to test the system’s overall abilities right down to its IO and Audio. If something isn’t performing correctly, it’ll show in our testing. Here are benchmarks we’ve hand picked for the task.

In regards to the power consumption, this was measured at the socket using a power meter. On with the benchmarks! 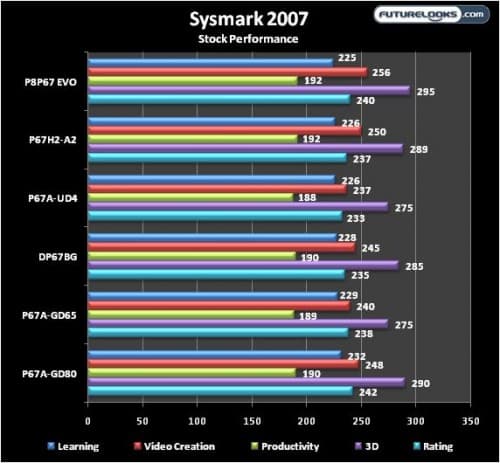 Here are the stock numbers which are pretty decent. We have a good rating and comparable performance across the board. Let’s look at it overclocked, but keep in mind that we require stability for at least three passes without any errors. If it can pass this test, you can count on it being stable. 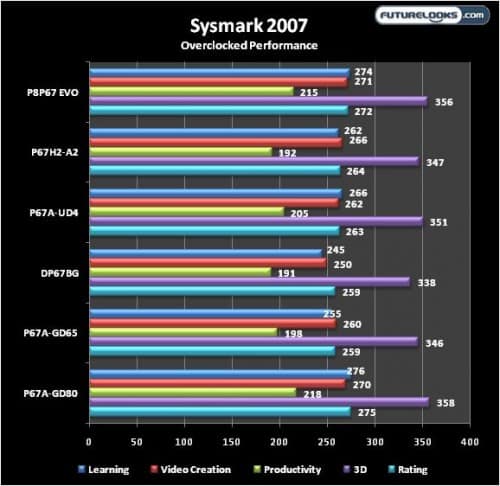 Due to its more aggressive tuning, the GD80 proved itself a solid, stable performer even when overclocked. It definitely outpaces it’s GD65 sibling as well as the rest of the boards in our tests.

Rendering in this benchmark is very CPU intensive and sensitive to things like CPU frequencies and any special tuning built in to a motherboard like Intel Turbo response. 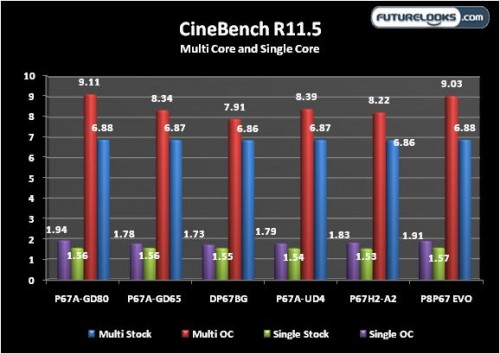 Now, these are some numbers to be proud of for sure. The GD80 is within the pack as most boards with a similar chipset are. Once some overclocking is enabled, the GD80 pulls ahead with its extra performance headroom. It’s clearly a great platform to build a multi-core rendering platform with.