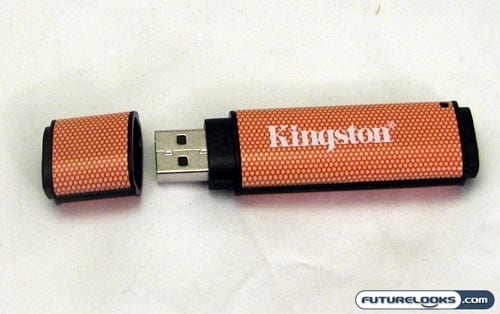 Let me preface this by saying that I have a preference for drives that make use of a metal housing. The aluminum casing is cool to the touch, gives off a small sense of prestige, and can provide better protection against random bumps, bruises, and drops. In this way, I’m a little disappointed that the 32GB Kingston DataTraveler 150 (as well as the 64GB version) is wrapped up in plastic.

That said, the overall quality of this plastic is quite good. It’s definitely a thicker plastic and gives you some security that its contents will be protected from the elements. A slight torture test will reveal that the casing does have some flex to it, but it’s relatively minor.

The overall physical size of the drive is a definitely bigger than some of its smaller compatriots, but it’s not nearly as massive as something like the Corsair Padlock drive. It’ll still fit in your pocket comfortably; attaching it to your keychain may be a little more cumbersome though. 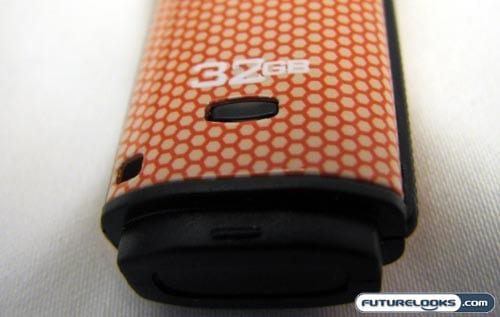 I’m not a fan of the peach color scheme on the outside, even if Kingston tried to add some style with the honeycomb design. A more neutral color for the casing would be a good idea. The ability to store the cap securely on the end of the drive while in use helps to prevent cap loss. That’s a good thing. 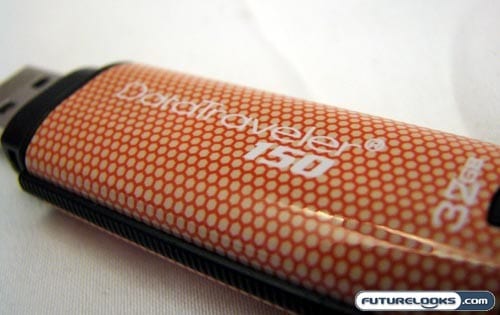 So, how does this drive stack up when you actually put it through its paces? While it is certainly not the fastest drive available on the market today, I think that it is fast enough for the average consumer. You may have to wait a while if you’re loading a full 32GB of 64GB worth of data, but tossing around a gig or two doesn’t take all that long. 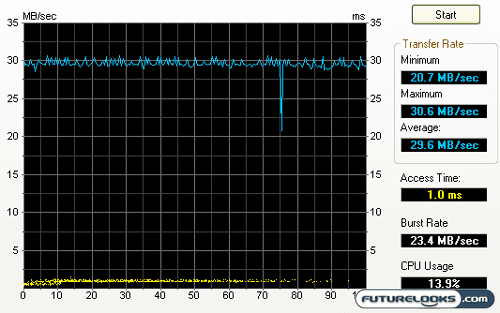 Running it through a performance benchmark in HD Tune revealed a relatively consistent transfer rate of 29MB/sec. This is a 30% improvement over something like the SanDisk Cruzer Titanium Plus, but it’s still slower than the fastest of the fast.