The first thing we did was try pushing the CPU Bus to a max of 180MHz before some more serious voltage had to be applied. But, that meant dropping the multiplier as well. Next, we left the multiplier at default and reached a maximum of 172MHz Bus Speed. That gave us a core frequency of 4.472GHz! 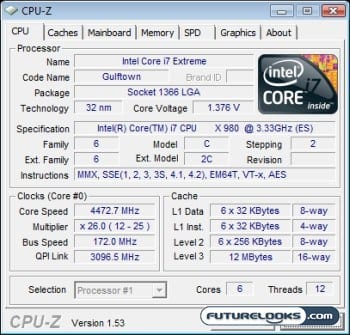 The motherboard you use is the most important component to ensure stability. The platform’s voltage characteristics will effect the overall results. With some more experimentation, the platform would probably hit 4.6GHz. But, you should really use some more extreme cooling for those efforts.

Now, some perspective. The bulk of the owners won’t even consider overclocking. Other than a few of us benchmark crazies around the world who shoot for setting world records, or just show off, there is really no good reason you would need to overclock a CPU like the Core i7 980X. But, at least you get an idea how well the CPU does on GIGABYTE’s GA-X58A-UD5 motherboard. 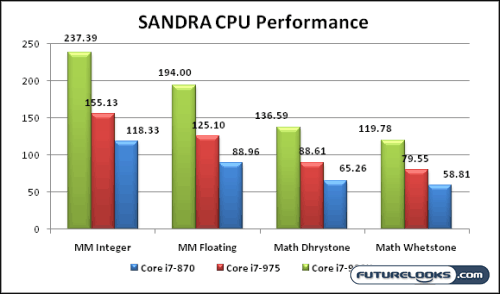 No, you’re not hallucinating. While I’m still quite happy with my 975’s scores, the 980 left me shocked as well. Just to make sure, the benchmark was run several times. SANDRA’s Mathematical and Multimedia benchmarks always seem to put it in persepctive. 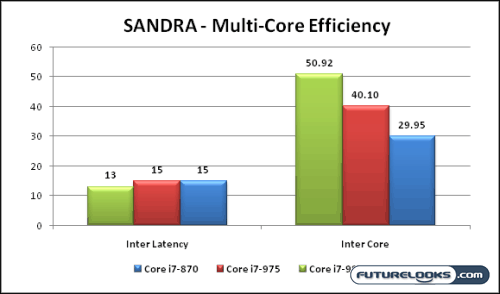 We threw this benchmark in this round to show you some tangible benefits built in to the processor. With more frequency, memory controllers, and improved execution instructions, the 980 is capable of working with about 51 GB/s if not more. Let’s look at the memory controller’s update. 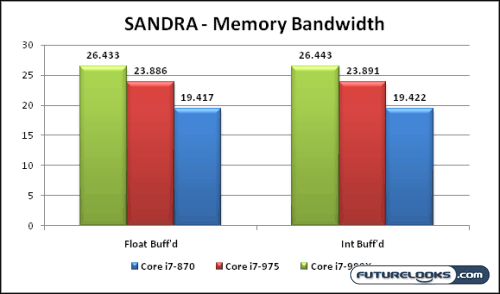 Thanks to the integrated memory controller, the entire Core i7 series readily has 26GB/s, and more, memory bandwidth to work with. The extra cores and Hyper-Threads see an increase even without overclocking the CPU frequency. That will come in handy with multi-threaded programs like Adobe CS. 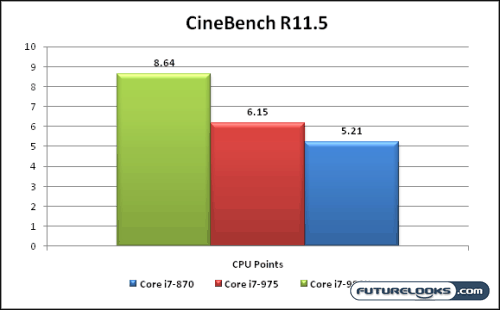 Cinebench R11.5 is brand new this review. We had to retire R10 after encountering some odd Hyper-Thread issues during testing. We’ve left the large benchmark scores behind and moved to CPU Points. It’ll take some getting use to for us, but the 980 has no problem kicking some benchmark a$$. 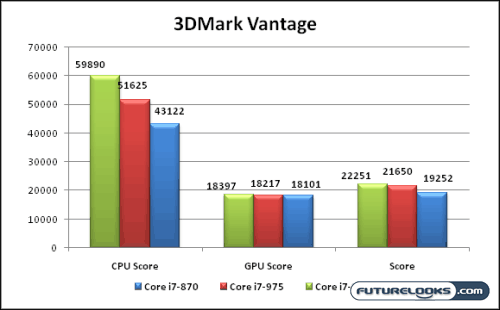 We knew the 980 would have a faster CPU Score. But, we’re talking about 8 thousand points difference. Since the same GTX295 was used on each system, it makes sense that there’s little GPU Score difference.