For a quick confirmation of memory bandwidth, the memory was manually changed in the BIOS to compare frequencies. A bug was discovered here though. You see, as memory frequencies were changed in the Advanced Memory page, the system would fail to boot at anything other than 1866 and 2133 MHz. Making changes in the Advanced Frequency page actually works. Not sure why the disconnect between the two. 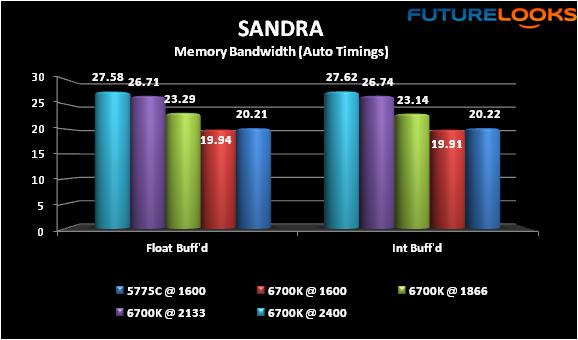 The higher timings penalize bandwidth between the DDR4 and 6700K. We might be looking at the final limitation of the revised integrated memory controller in that respect. Keep in mind that the DDR4 ran at CAS 15 and DDR3 at CAS 9 in the BIOS. However, when increasing memory frequencies, the bandwidth climbs to over 27 GB/s which is great for moving large projects in and out of RAM. 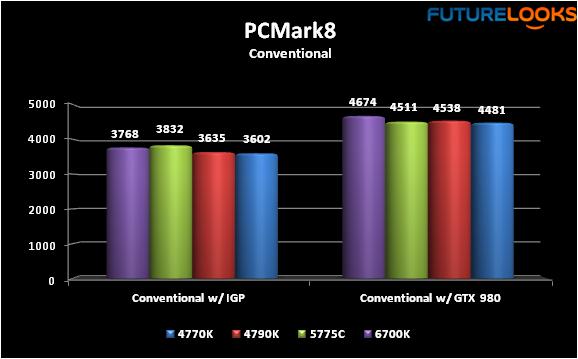 PCMark 8 can give us an idea of the CPU’s influence on overall system performance in a number of every day tasks. When matched with a capable video card and the GIGABYTE Z170 gaming motherboard, Skylake looks pretty good scoring 1,000 points higher. Some of those internal tweaks are beginning to show, giving us a good idea of the strengths of the new platform. Something that didn’t seem apparent earlier on in testing. 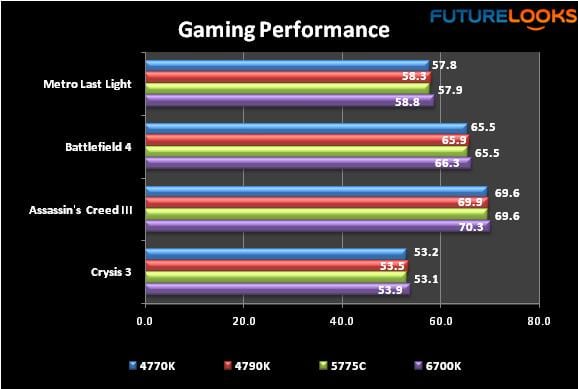 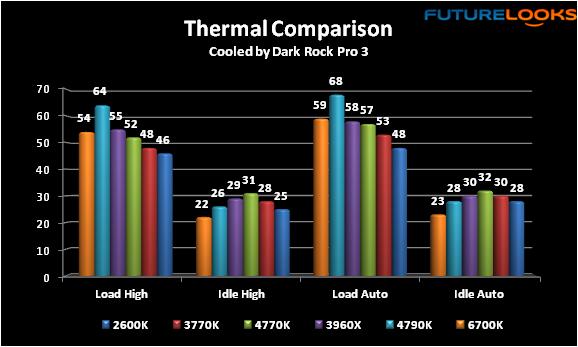