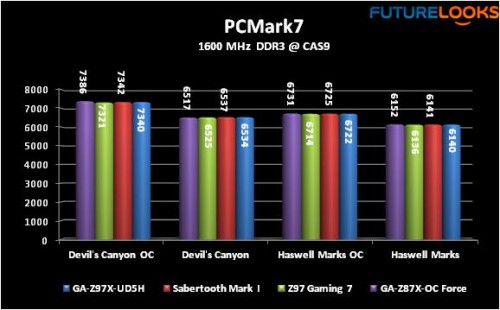 Kicking things off, we use PCMark7 to set an overall direction of where the benchmarks should go. And based on the testing, PCMark7 seems heavily influenced by the 4790K’s higher operating frequencies. Which is to be expected. An overclocked 4790K scores the highest we’ve ever seen from a quad core processor, kicking out 8 threads. This chart came from our recently launched Intel Z97 motherboard round up, so make sure you have a look if you want extra information on potential platform performance differences.

Let’s move on to the more CPU vs CPU specific benches. 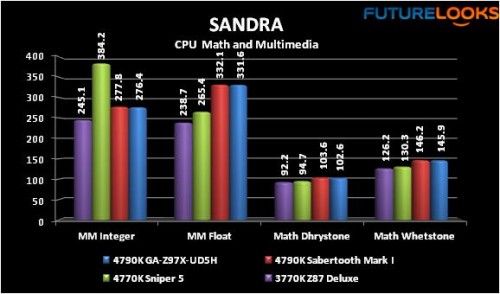 With SANDRA, we see that most of the scores make sense, but then get a little odd in the multimedia integer score. Our 4770K must have some kind of magical cache because it scores higher for some reason. Even after repeated runs. After talking with other engineers, it turns out these scores are pretty accurate meaning the 4790K scored lower as well. Interesting. Let’s move on. 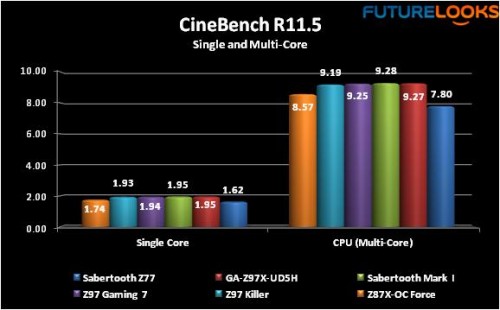 In order to make the comparisons more interesting, we include results from other platforms. Overall, it’s pretty close in most respects. Cinebench utilizes both CPU frequency and the interplay between cores, to score the benchmark. While the newer CPUs didn’t need much help, it’s still impressive that the older Core i7 3770K could be overclocked to reach them as well. Pretty impressive really. 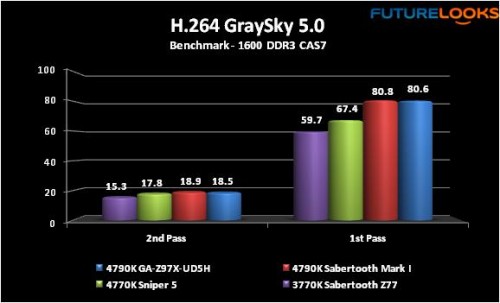 Again, the difference between the 4.0 to 4.4 GHz operating frequencies of the 4770K and 4790K make all the difference. Of course, this benchmark is heavily influenced by CAS 7 memory timings. The 3770K doesn’t benefit nearly as much from lower timings it seems. 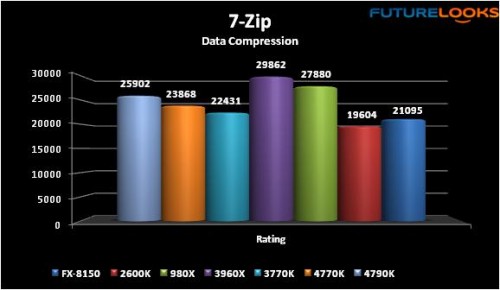 With the synthetic benchmarks out of the way, let’s check out the gaming performance, do some thermal testing, and take it home!